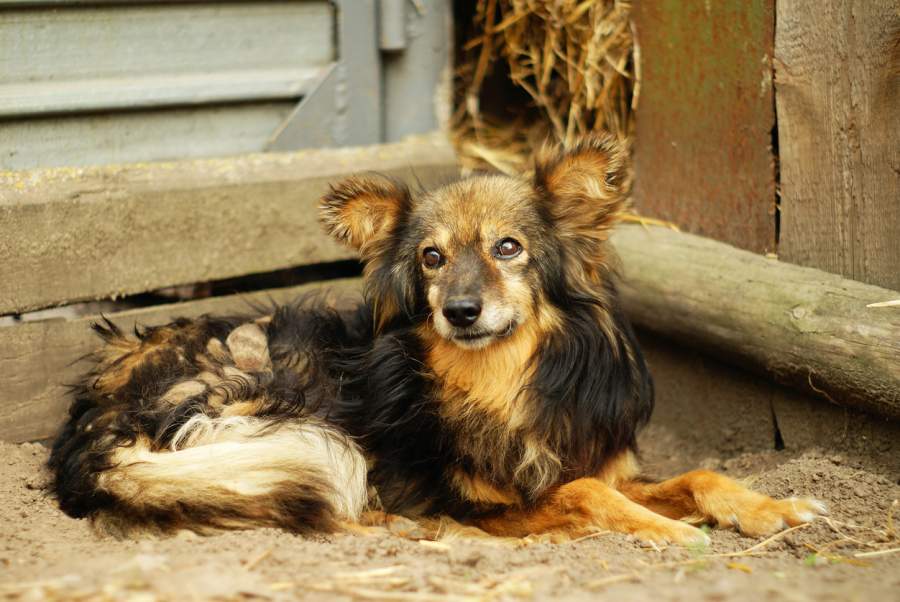 Whenever somebody tells me, “I’ve got good news and bad news,” I always demand the bad news first. I prefer to process horror, then follow it with hope. It’s like drinking a glass of ice cold milk after choking on a pepper. This weekend I had to share with a friend some terrible, miserable news.

Gov. Abbott: Let the Dogs Die in the Sun

Governor Greg Abbott vetoed a no-brainer, common-sense bill that any decent human being should support. The Safe Outdoor Dogs bill was hardly a piece of animal rights extremism. It said that dog-owners who leave their animals outside in the blazing Texas sun must provide them water and shade. Wow. It’s hard to believe that such a law isn’t already in place, isn’t it?

The bill’s main backers, the Texas Humane Legislation Network, had strong support from dog-lovers, sheriffs and animal-control officers. They’re all sick of seeing dogs wilt in the 100-degree sun with no water, tethered via heavy chains by inhumane, careless owners — and having no power to save the dogs by intervening. (Instead, they must wait until the dog turns up dead, then maybe file animal cruelty charges.)

Who on earth was lobbying against such an obvious law? I get it that puppy-mill owners in other states spend freely to send slick advocates to Austin. They helped kill in committee the equally important law banning sales of puppy mill victims (like my two rescue beagles). But where are the advocates of letting dogs die of thirst in the sun? (I don’t even think Planned Parenthood favors that, though I could be wrong.) What arguments did they offer? What flickered through Abbott’s mind when he killed this bill, and with it, thousands of helpless dogs across our great state?

Cozy with Chemical Castrators of Kids

I understood why Abbott and his chief allies killed the ban on chemically castrating kids, in the name of transgender madness. I documented here how Abbott and top Republicans collected hundreds of thousands from a pro-transgender lobby representing a Texas clinic that doses kids with these dangerous hormones. So pro-family talk just covers their pro-transgender walk. But who was writing checks on behalf of dead puppies on chains? Is someone making money selling the dead dogs to ethnic restaurants?

When the cameras are rolling, Abbott claims he’s the “tip of the spear” for conservatives, promising a border wall he knows he will never build. (Why hasn’t he at least put up a fence, in all these years?) And signing a Heartbeat bill he knows that courts will kill. But behind the scenes, he caters to Amazon’s Woke commissars, and runs Texas like a Chamber of Commerce zombie. I wonder if GOP voters in the upcoming Texas primary are really that easy to fool.

Okay, enough of the bad news. The good news I have to offer? U.S. Catholic bishops seem finally to be acting on a massive public scandal. No, not that scandal. I mean the sickening spectacle of pro-abortion politicians trooping up to the altar to receive Holy Communion. Including, of course, our supposedly Catholic president, Joe Biden.

Last week, reportedly defying back-room pressure from the current, leftist Vatican, the bishops voted by almost three to one to draw up a document offering guidelines. Now this shouldn’t be necessary, since Canon Law 915 clearly states that those who “persevere in grave sin” (i.e., support killing kids for our sexual convenience) shouldn’t go to Communion. The law’s on the books. Bishops just don’t enforce it.

But the U.S. bishops, I think under pressure from their own grassroots, might issue a document that says, in essence, “This time we really mean it.” That’s risky for them politically, and they deserve some credit for venturing it.

Bishops Have a Lot to Lose

The Realpolitik alliance between big-city, Democratic political machines and local bishops goes back decades. Even as the Democrats embraced one radical stance after another at odds with Biblical teaching and Natural Law, they kept most bishops on their tethers. Democrats did this by throwing great big heaps of taxpayer money at social problems. Instead of performing the Corporal Works of Mercy, we can just say, “I pay my taxes!” and hope that counts on judgment day.

What’s more, countless Catholic non-profits now depend for most of their budgets on federal government contracts. So if free-spending, pro-abort Democrats decided to turn on the bishops, they could close down overnight groups like Catholic Charities. By some estimates 40% of the U.S. Catholic bishops budget comes from the feds — and this was before their church closures for the pandemic slashed Sunday collections.

So bravo, bishops, for daring to poke the bear whose milk keeps your non-profits going. Pro-life activists like my friend and co-author Jason Jones are cautiously hopeful.

On the one hand, Jones said:

This document offers the Church some great opportunities. First, we can talk about the enormous, soul-saving privilege and gift that is the Holy Eucharist. It’s a gift Jesus gave each of us, and told us to receive in memory of Him. Second, we can remind people that human dignity is a truth we can see by reason alone. Even atheists have the law written on their heart forbidding voluntary murder. Third, we can once again step up and explain what real ‘sanctity of life’ issues are. And mark them off from the cloud of ‘quality of life’ policy arguments that Catholics are free to quarrel about.

Jones also issued a warning. He fears that the bishops in the U.S. conference who find Biden’s big-government policies delightful and profitable will fill the final document with “time bombs.” The so-called “Seamless Garment” argument that leftist Catholics favor might corrupt the text, he warns.

Some bishops are going to say that if you don’t agree with Pope Francis on immigration policy, climate change, or redistributing wealth … well those are “life issues” too. Of course, they are issues that affect human life. What political issues don’t?

But pro-abortion Democrats have been using the quality-of-life policy recommendations of various popes or bishops for decades. As political cover. If you don’t agree with Bishop O’McShanahan on labor unions, that’s just as bad as rejecting St. John Paul II’s teaching on abortion. That’s clearly absurd, but in Catholic circles this tactic has proven effective since the 70s. We need to expose it as the fraud it is.

Meanwhile, someone ought to park Governor Abbott in the Texas sun next month, on a chain and without any water. He might learn a worthy life lesson.