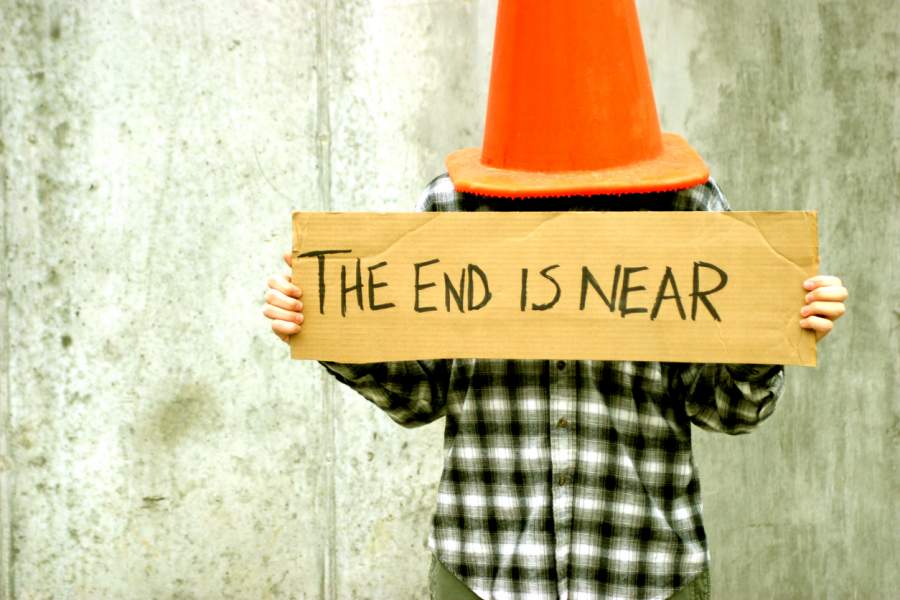 I know, I know. My title here is controversial, even bordering on clickbait. But I really must insist that abortion fanatic Joe Biden is in some sense a Catholic. If only in the same way that the sex-addicted adulterer John F. Kennedy was, which is to say the “tribal” sense. Anyone with an Irish, Italian, or Hispanic last name is a “Catholic.”

So is anyone who says on social media “I went to eight years of Catholic school!” or “My uncle is a Jesuit!” Your beliefs about faith or morals are a deeply private, personal matter. Like your private parts, they’re something you must hide for decency’s sake beneath a bushel. As JFK explained on the campaign trail, they should be kept so discreet that they exert no influence even on your own behavior. It’s safest that way.

Sorry if that part of the headline confused or upset anyone.

But these are bewildering times. Periodically I observe that we seem to be living in a badly written end-times novel. Like an obese prize pig at the (cancelled) Texas State Fair, 2020 broke the springs on the GANI (Gunshow Apocalyptic Novel Insanity) Coefficient. Many writers have said that this year is too much to take. I think I’m the only one who said that back at the end of January. Indeed, I declared the year over, and called for us to start 2021.

Now, of course, I look back with golden nostalgia at those glory days. Back then, all we had to worry about was a sham presidential impeachment, a mysterious virus that Democrats insisted wasn’t dangerous, and wildfires in Australia that killed over a billion cute wallabies, wombats, koalas and kangaroos.

Nobody thought we’d see a global virus lockdown that broke the backs of entire economies without saving a single life. As late as mid-March I could write satirically that Drag Queen Story Hour was just as absurd as … Coronavirus Story Hours at nursing homes. Little did I suspect that blue-state governors like Andrew Cuomo would read my column and say, “Hey, Zmirak’s got another solid policy proposal!” Then … dump COVID patients on veterans and grandmas, while shuttering all the churches and synagogues.

Nor did we expect that the virus which China sent us — in the form of a million travelers they let fly out of the country, which they’d locked down against local travel — would turn out to be so smart. It knows if you’re singing in church or going to work, in which case it will kill you. But if you’re looting stores in an inner-city neighborhood to demand the police be abolished and replaced by Antifa thugs?

Tell Your Immune System: Our Diversity Is Our Strength

Then the virus passes over you, as the plague spared Israelites in the Book of Exodus. You just need some bling that tells the Chinese angel of death to spare you, in the form of a “Black Lives Matter” t-shirt or “Joe Biden” sign. Such a wise and discerning virus. No wonder Joe Biden insisted we let more of those million unwitting Chinese bioweapons fly into America. It’s downright xenophobic to keep the virus out of our bodies. We need to inform our immune systems: “Our Diversity Is Our Strength!” (That’s also a handy deathbed prayer for victims of jihad attacks to mutter as they expire.)

It’s also “Racist-Or-Something” to insist that ballots be cast in person, that their signatures be authentic, or that they arrive before election day. Didn’t we get the memo that punctuality, professionalism, and following instructions are part of White Privilege? The only way to honor non-white Americans is to trash all our standards in their name, and cater to them like slow-witted children or surprisingly clever orangutans.

Which brings me to Pope Francis. He’s the first pope, really, to think that the Catholic church would be stronger if it embraced Diversity in its doctrines and moral teachings. Perhaps the first Christian ever to read St. Paul’s warning about a “new Gospel” and draw from it:

Yes! That’s what we need. A shiny new gospel all our own. It would be Pharisaical to insist on Jesus’ actual words. Instead we must take the principles we derive from stray Gospel passages, and teach what we know Jesus would have said, if he’d gone to Harvard in the 80s.

Of course if Pope Francis believed in God, things would be different. He might not hunt down and close little groups of monks and nuns who follow old-fashioned prayers and practices. (You know, as Joe Biden pledged to do to the Little Sisters of the Poor.) Nor would a theist pope have sent a known sexual predator, then-Cardinal Ted McCarrick, to sell out China’s Christians to its Communist regime, in return for an alliance against Trump’s America. I doubt that a theist pope would speak of salvation as a collective goal, which amounts to “saving the planet.”

A theist pope wouldn’t have enshrined a pagan idol at the Vatican. Nor, I think, would he have cherry-picked all McCarrick’s allies and enablers, to make them the most powerful bishops and cardinals in the Church. I don’t think a theist pope would have started his reign by inviting onto the balcony a cardinal infamous for intimidating victims of clerical sex abuse. A theist pope would want to fight poverty by helping poor people become middle class, instead of promoting poverty because he adores it as a fetish.

Of course if Pope Francis believed in God, things would be different.

Nor would a theist pope have done everything he could to help elect as U.S. president a corrupt, plagiarizing half-senile has-been/never was, an abortion activist who opposes religious freedom. Nor would he have called to congratulate him while the votes are still being counted.

But I’ve got to be fair. If we judge by the Biden scale, then the pope is a Catholic. His last name (Bergoglio) isn’t just ethnic. It even ends in a vowel.