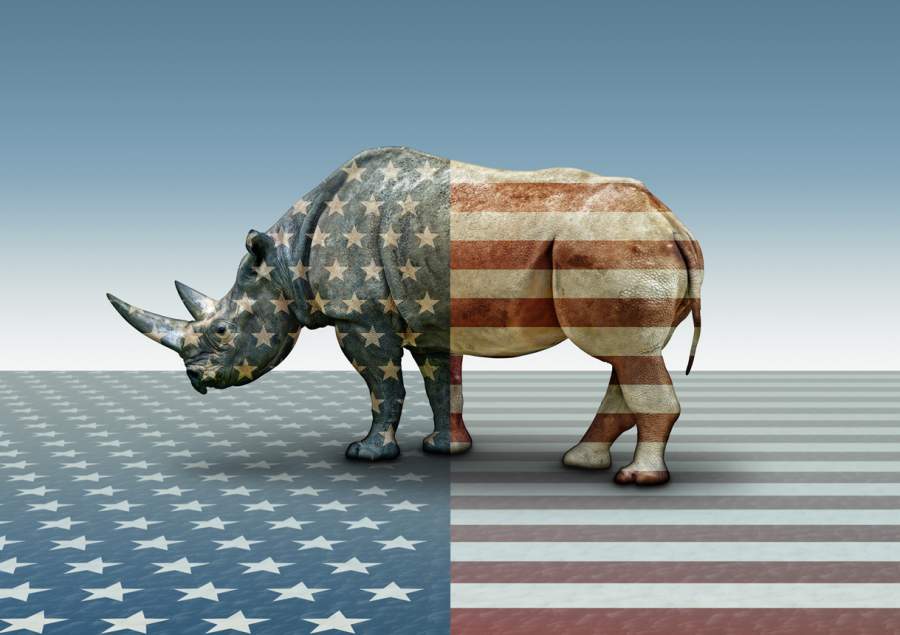 Since moving here seven years ago from New York City, I’ve loved living in Texas. The greater freedom, lower taxes, and friendlier culture couldn’t be a more welcome change of pace from Cuomo and De Blasio’s crumbling Empire State and city. But I worry that people here take things for granted, both on a natural and a supernatural level. Too many self-styled conservatives here seem to think Texas immune to the cultural poisons that ruined once-great places like California. And New York, for that matter. I remember when we elected pro-life, Republican senators from that state, and the NRA made its headquarters there.

“It can’t happen here,” Texas GOP leaders seem to think. But what if it just did? What if the leaders of our Republican party are so smug, short-sighted, and self-serving that they’re dooming it to destruction? And dooming Texas to a wretched, blue-state future? That would cripple America as a whole, since no pro-life, pro-family president could win without Texas’ electoral votes. Grant that, and the Democrats wouldn’t need to pack the US Supreme Court with gun-grabbing, pro-abort radicals. They’d just stack it the old fashioned way, by winning repeated presidential elections.

So in a real way the fate of our country rests in the pink, greased palms of our state legislators in Austin. And this session, they’ve just finished helping Gov. Abbott to sell conservative voters down the river. They did this to keep their corporate donors and sponsors happy, it seems. It’s crucial to grovel before Amazon and similar companies, so they’ll send a few hundred lousy, non-union jobs our way. In return, they’ll want veto power over how our state governs itself.

On a natural level alone, importing more out-of-state companies to throw their weight around will only help the left to Californicate Texas. But let’s think deeper.

God Is Not Amused

Will God continue to bless and protect a state whose voters could still protect His most vulnerable creatures (we have a deep-red legislature and governor’s mansion), but just think it’s not worth bothering? Or will He leave us to the fate that faces voters in California, some of whom are desperate enough to vote for the freakish … if fiscally conservative … LGBT activist Bruce Jenner?

As The National File reports:

Multiple activists and a former state legislator tell National File that the Texas House Calendars Committee’s refusal to assign a date for a floor debate on H.B. 1399, which would effectively ban transgender surgeries and chemical castrations for minors in the state, has essentially killed the bill.

Despite over 91% of voters in a large Texas district supporting the bill, it was not added to the calendar for a floor vote yesterday. Multiple sources have told National File that it will instead be scheduled for a Wednesday vote in a bid to stop the bill from passing while still allowing those associated with the legislation to take credit for writing it and officially scheduling it.

Former Texas House Rep. Matt Rinaldi told National File, “If it’s scheduled for a Wednesday, unless they’re doing something completely different, I’ll be shocked if they get to it.” He added, “When they schedule something on the last day, they’re setting it up for the Democrats to filibuster it. If they wanted it to pass, it would have already passed.”

“If you look at the calendars the last several session, and look on the last day,” Rinaldi continued, “You’ll see a host of bills that are conservative firebrand bills that they knew they would never get to, and that’s all for them escaping accountability.” He then suggested that the Texas Republican Party has failed its voters. “I think it’s absolutely disgusting that bills like banning the mutilation of children and sex change surgeries are even being delayed. If we can’t, as a party, holding both houses of the legislature and the governor’s mansion, if we can’t pass that bill, what’s the case for voting for them at all, in any election? They’re absolutely terrible.”

National File has been told that Burrows, House Speaker Dade Phelan, and others were working on Abbott’s behalf to prevent the bill from coming to a vote, as Abbott’s refusal to sign the bill would cause embarrassment similar to that given to Arkansas Gov. Asa Hutchinson, who vetoed similar legislation only to have the legislature override his veto.

The Buck Stops with the Governor

Texas conservative activist Chris Ekstrom places the blame for this abandonment of vulnerable Texas kids squarely at the top: “The Texas Legislature, under the worst RINO Governor of a Red State, is on the verge of allowing child medical mutilation to continue for at least two more years. NO Republican voter in Texas agrees with Greg Abbott’s Woke corporate masters on chemical castration of kids. But Gov. Abbott has his orders: Texas can no longer be Texas!”

I’ve written here before about how Gov. Abbott preened about resisting Woke high-tech corporate censorship. And then a couple weeks later, to court Amazon to open a shipping center here, Abbott slandered the free-speech network Gab as “anti-Semitic.” Shortly after that, under pressure, the Texas GOP removed its popular Gab account. Amazon, you might recall, is the company that tried to destroy the other free-speech network, Parler.

Who Can Topple Abbott?

Can you imagine what would happen to a Democrat governor of a blue state who let pro-LGBT or pro-choice bills suffocate in his legislature? He’d probably get impeached. He certainly wouldn’t get re-nominated. But when the GOP fails families and Christians, its leading RINOs get a pass. Do we really not even care? Then we deserve a Californian future. (Where will we pick up and move to … pro-family Hungary?)

What Texas needs is pro-family, populist leadership. What Greg Abbott needs is a serious, well-funded challenger in his upcoming primary. It ought to be the fight of his political life. And the end of it.