A Cleansing Fire Is Coming for Catholics 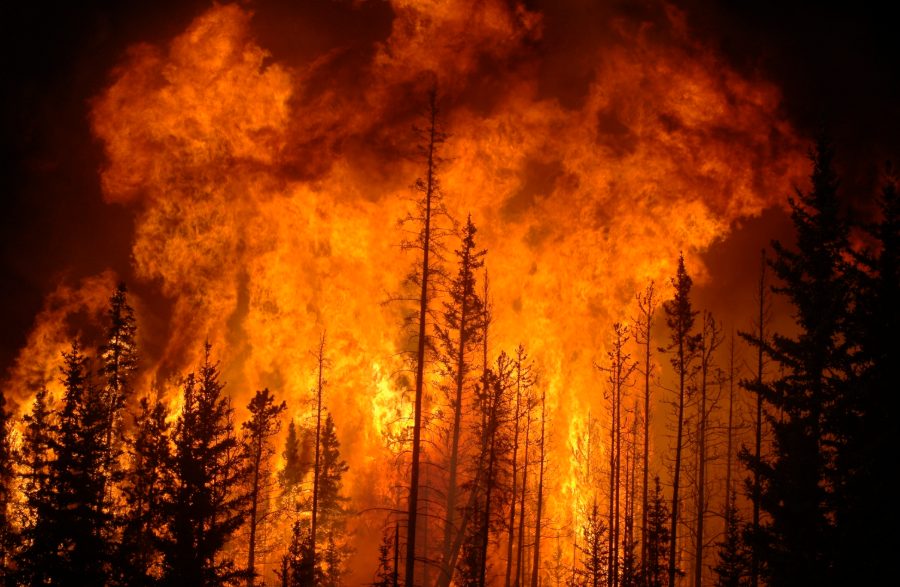 The oldest living thing on earth is a vast stand of aspens, named Pando. Genetically one single plant that has extended its roots for 106 acres, it has existed for 80,000 years. But now it may be dying. Why? In part because we humans have been suppressing forest fires. But aspens need periodic cleansing fires to thrive.

The Catholic Church considers Herself the heir to the oldest religion on earth — the monotheism revealed to Adam and Eve in Eden, then deepened with the covenants of Noah, Abraham, Moses and finally Christ.

But the Church stands, like Pando, in desperate need of a fire.

Pope Francis has tried to change historic Church teachings on marriage and capital punishment. In each case he’s used a fig leaf of ambiguity and “development” to hide stark contradictions. He has punished and even closed faithful religious orders. A whistleblower archbishop, Carlo Maria Viganò, who exposed Francis’ knowledge of the sex predations of Theodore McCarrick (former cardinal of Washington) now lives in hiding, for fear of his life.

Pope Francis has stonewalled requests by impartial journalists and U.S. bishops alike for the documents that would prove or disprove Viganò’s charges. Indeed, Francis refuses to answer Viganò’s assertions, comparing his critics to Satan or Herod. Sycophant cardinals compare Francis’ silence to Christ’s.

We just learned that the prelate now running Washington, D.C., the “retired” Cardinal Donald Wuerl, knew about McCarrick’s perversions way back in 2004. And has lied about it repeatedly, in public.

The Liar Running the Church in Our Nation’s Capital

Back in July, when McCarrick was first unmasked as a collared predator of boys and young men, Wuerl insisted he knew nothing. Pressed by an interviewer about the rumors that for years had swirled around McCarrick, Wuerl said: “In the past month, I have seen some of those now-public ­reports. But in my years here in Washington and even before that, I had not heard them.”

One more time: “In my years in Washington and even before that, I had not heard” the McCarrick ­rumors. Said by a man who himself reported McCarrick misconduct allegations to the Holy See.

The Washington archdiocese, where Wuerl remains administrator while Pope Francis selects a successor, released a statement Thursday seeking to justify the unjustifiable: “Cardinal Wuerl has attempted to be accurate in addressing questions about Archbishop McCarrick. His statements previously referred to claims of sexual abuse of a minor by Archbishop McCarrick, as well as rumors of such behavior. The Cardinal stands by those statements, which were not intended to be imprecise.”

The Pennsylvania attorney general’s report had already revealed Wuerl’s squalid cover-up and payoff of Fr. George Zirwas, a priest who made sadistic child pornography on church grounds. As I wrote here back in August:

Wuerl never called the cops. He didn’t tell Rome to defrock him. After moving Zirwas from parish to parish, watching him re-offend, Wuerl finally put him on paid leave, for the rest of his life. When Zirwas offered Wuerl names of still more priest offenders, Wuerl paid him more not to tell him. Instead, Wuerl asked him to sign a false declaration that he had no such information. Which would get Wuerl off the hook, legally speaking….

As the indispensible Church Militant reports: “Zirwas spent his retirement in comfort, living off a monthly stipend from the diocese (paid by Catholic laity), using it to fund his homosexual lifestyle in Cuba. His boyfriend would later reveal that Zirwas was a fixture on the gay scene in Havana, his apartment a popular stopping place for foreign visitors. Meanwhile, the diocese was telling the public Zirwas was ministering to the poor in Cuba.”

We’ll likely never know what Zirwas was doing to poor boys in Cuba. When Zirwas was murdered and went to meet Justice, what did Cardinal Wuerl do? He lifted Zirwas’ suspension from the priesthood, so he could be buried with full church honors. Wuerl welcomed the body and said the funeral Mass himself. Zirwas’ sins and crimes? They were still a church secret.

In his glowing eulogy, Wuerl said: “The one thing we know is that George Zirwas responded to God’s call. … [Wuerl expressed] great confidence that Father George will experience new life in Christ.”

Donald Wuerl is technically retired. But Pope Francis has not replaced him, so Wuerl is still running the Catholic Church in our nation’s capital.

Last month, U.S. bishops found themselves stymied by a sudden Vatican veto when they tried to plug a corrupt loophole in their abuse policy of 2002, leaving bishops who commit sex abuse or cover it up immune from removal. Who introduced that loophole? McCarrick himself. Who nixed the reform? Pope Francis, with the collusion of Cardinal Blaise Cupich, an old protégé of McCarrick, who (Viganò reports) helped pick Cupich and other leading U.S. bishops for Francis. Who’s the leading U.S. figure at the Vatican’s global meeting on sex abuse in March? Cardinal Cupich, who has dared to defend as “consensual” sex between bishops and seminarians.

The institutional structure of the Catholic Church is deeply corrupt.

It is clear that the institutional structure of the Catholic Church in America (and many other countries) is deeply corrupt. Many seminaries, and whole religious orders such as the Jesuits, suffered a takeover by elites or even pluralities of active homosexuals. That much is clear, and will soon become obvious to every faithful Catholic.

It’s also becoming obvious to state attorneys general and the U.S. Justice Department. Their probing eyes, subpoenas, and grand jury hearings will shine a light in every corner. We will learn much more that grieves us.

The Church will lose hundreds of millions more dollars in sex abuse judgments. Pope Francis’ meddling in the U.S. bishops’ conference might even strip the Vatican of legal immunity. That could put the Vatican’s art and buildings on the auction block.

The Church will lose hundreds of millions more dollars in sex abuse judgments. Pope Francis’ meddling in the U.S. bishops’ conference might even strip the Vatican of legal immunity. That could put the Vatican’s art and buildings on the auction block.

A Cleansing Fire Is Coming

At some point, Congress will cease to award massive contracts to Catholic non-profits — which last year provided the U.S. bishops with 40 percent of their budget. By law, all that money must be spent on secular purposes. Think about that. It means that 40 percent (at least) of our bishops’ activities were totally … secular. Something any federal contractor (such as Planned Parenthood) could have done.

Ironically, defunding the U.S. bishops would probably do more for the Church than defunding Planned Parenthood. It would starve the massive bureaucracy, force the bishops to listen to laymen’s concerns — or lose donations. It would remove the financial motive for the bishops to issue 200-plus public policy statements per year. Most of all, it will take away temptations.

Soon, becoming a priest, but especially a bishop, could cease to be a prestigious or comfortable life. It certainly won’t be a cozy hiding place for homosexuals, or a way for a degenerate like Theodore McCarrick to live like a Disney princess in a palace. Instead it will be hard, humbling, and grueling — as it was for 19th century bishops like St. John Neumann, and is today for brave Christian leaders in places like Nigeria and Iraq.

I worry that magnificent, historic churches built in past centuries by immigrants’ pennies will end up as discos or restaurants. Bishops should sell them off to committees of laymen today, before the auctioneer comes to claim them. Otherwise we’ll end up praying in people’s garages.

The cleansing fire of worldly justice will burn away the thorns and kill off the parasites. It will do for the Church what it does for aspens — scour the ground and leave room for new, healthy life. New life in Christ.