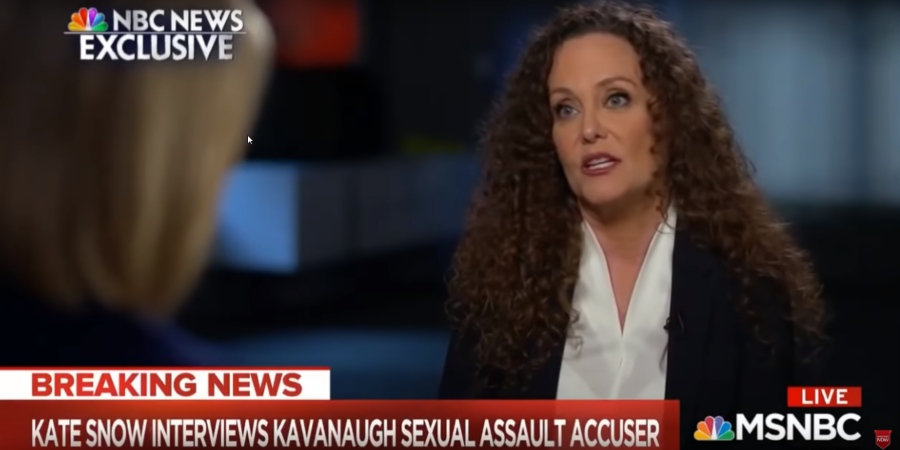 Finally. Someone has actually tried to find the police report.

As readers of The Stream know, for the past year I’ve been writing a series of articles about my experience in fall 2018. That’s when the political left tried to use me to destroy Brett Kavanaugh, a high school friend of mine. Brett had been nominated for a position on the Supreme Court at the time.

The plan was simple, and evil. Get me, a former drunk who (re)discovered Jesus and sobriety in 1990, to pin Brett to some terrible activity in the 1980s. I could pick and choose the event and the year, even make something up. This is why when Ronan Farrow called me in September 2018 he asked about me “and Brett Kavanaugh involved in sexual misconduct in the 1980s.”

Note the vagueness. I was being accused of doing something bad, somewhere, to someone, at some time in a ten-year period. Using opposition research, extortion threats and an attempted honey trap, as well as a woman named Christine Blasey Ford who accused Brett of sexually assaulting her in 1982 when we were all in high school, the American Stasi opened the doors and dropped their entire payload on us.

It didn’t work. When they got desperate, the left dragged out Julie Swetnick. Remember her? She was the pawn of then-lawyer, now-convicted-felon Michael Avenatti. She told the disgraceful Kate Snow of NBC News that she was gang raped at a party where Brett and I were also present.

The claim? That she “saw boys gathered outside closed rooms at parties but did not know what was happening behind those closed doors until she says she herself was attacked around 1982.” Swetnick said she was drugged and then “shoved into a room” where she was “raped by more than one man.” Swetnick says Kavanaugh and his friend Mark Judge were in the same part of the house earlier that evening but she cannot be sure if they were involved. “I cannot specifically say that he was one of the ones who assaulted me,” she said.

There was evidence: “Swetnick said she told her mother and a police officer about the attack shortly afterward. Both her mother and the officer are now deceased. NBC News filed a public records request for related documents, but local officials said a response could take up to 30 days.”

Well, wait a second. Thirty days is nothing. If you are talking about gang rape, it doesn’t matter if it’s three days or thirty months or thirty years. That police record must be found.

Well, someone finally tried. But before getting to that, I want to note that the Swetnick calamity resulted in what was one of the most surreal moments I experienced in that nightmare fall. Shortly after Avenatti presented Swetnick to the public on September 26, my lawyer asked me to come into her office. I sat down, and she asked me a direct question.

“Who did you lose your virginity with?”

Apparently there was someone out in the world claiming that “in the context of a conversation about losing virginity” I had talked about how I had lost mine. I had lost mine, the claim was, in a group sex situation that may or may not have been rape. Among others, Jane Mayer (the New Yorker reporter who fell for the Russia collusion hoax) went on MSNBC to claim that as kids “while at Georgetown Prep” me and some friends had group sex with an older woman.

I calmly told my lawyer the name of the girl I had lost my virginity with. The woman is a terrific person and a wife and mom now, and I can only assume she vouched for me because I never heard about it again.

The Stasi Don’t Stop at the Bedroom Door

Frequently in this series of articles I have talked about the American left, which includes the media, as our version of the German Stasi. They were the secret police who during the Cold War would spy on every aspect of the lives of citizens. The Stasi bugged apartments, got friends to turn on each other, listen to people arguing, eating, and making love. They were in the most lethal sense a totalitarian force, invading every aspect of life, even the most sacred of moments. Some of their victims have claimed that they were worse than Nazis.

Yes, a question about my virginity was invasive and absurd and, in a way, funny. It was also, in a deadly serious way, a terrible sign of how identical to the Stasi the American left has become. Your every private moment is now chum to feed the greater Cause.

A Story “Too Good to Check”

So what about that Swetnick police report? Jackie Calmes, a journalist at the Los Angeles Times, has tried to find it. Calmes has a new book out. It’s called Dissent: The Radicalization of the Republican Party and Its Capture of the Court. The focus is Brett Kavanaugh and the Supreme Court in 2018. As I noted previously, Dissent is full of errors. Calmes uses as a source on us a man named Mike Sacks, who has never met me, Brett Kavanaugh, or any of our friends.

Towards the end of Dissent, Calmes reveals that she tried to uncover the Swetnick report:

County officials never did search for any Swetnick police filling. The 1982 records had not been digitized, and the county records custodian told me in September 2019 that no one, including Avenatti, would pay the $1,260 charge for looking through three thousand boxes of hundreds of microfiche files for the year. I paid the county to do so, but rescinded the work order when Swetnick, in a brief interview before the search began, retracted her claim that she was assaulted in 1982. She’d specified that year in both her sworn statement and her NBC appearance, but a year later told me it could have been 1980 or 1981.

Wow. Not only was I a criminal mastermind at seventeen, I was wheeling and dealing early as fifteen. It was probably around the same time I was living at the Playboy mansion. There was a police report to prove it. Strangely enough, neither the media nor their hero Avenatti would bet $1,260 that it even existed.