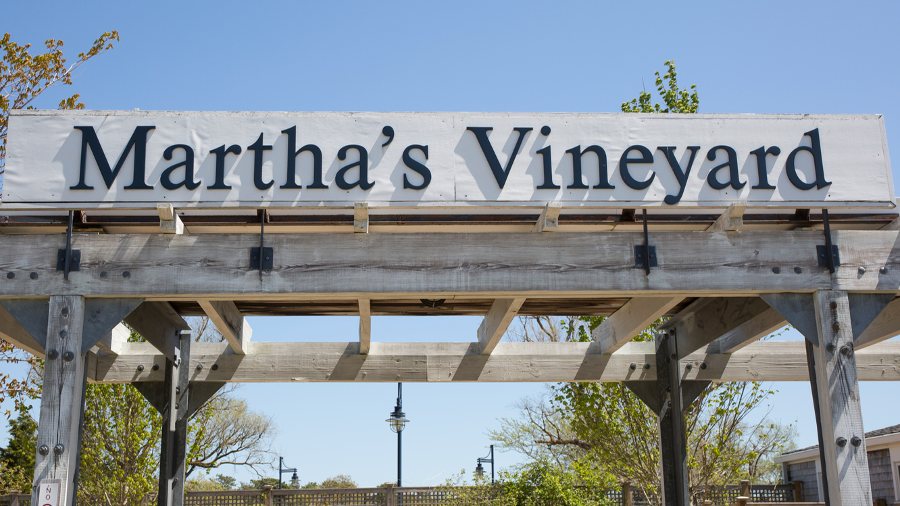 Remember the movie Spinal Tap, where the rock guitarist wanted his amps to be louder than everyone else’s so he had the knobs made to go up to 11? Well, the past few months’ worth of hypocrisy from “sanctuary city” mayors melting down over being sent just a few of the illegal immigrants Democrat policies are inflicting on border states got ramped up to 11 after Florida Gov. Ron DeSantis sent a paltry 50 migrants to the ground zero of wealthy, liberal, white privilege, Martha’s Vineyard, Massachusetts.

Virtue Signaling in ALL CAPS

First, to set the scene and show you how extreme the virtue signaling is there, this is the text of a sign the community posted not that long ago. (The ALL CAPS are theirs).

“We respect WOMEN. We value BLACK LIVES. We stand with our LGBTQ COMMUNITY MEMBERS. We stand with IMMIGRANTS, with REFUGEES, with INDIGENOUS PEOPLES and with PEOPLE OF ALL FAITHS. We stand with our COMMUNITY.” At the bottom, it reads, “All Are Welcome Here” (and that’s translated into multiple languages, including, ironically, Spanish), then “hate has no business here.” (I guess they ran out of capital letters.)

Let me translate that into plain English for you: “Blah, blah-blah, blah blah!”

Here’s how that played out in reality, the first time they were actually asked to welcome some “immigrants/refugees”: they went bonkers. While top name Democrats like California Gov. Gavin Newsom, Sen. Liz Warren and President Biden accused DeSantis of inhumanity, kidnapping, and human trafficking, the wealthy liberals of the Vineyard declared it a “humanitarian crisis.” They insisted that they were already dealing with a shortage of affordable housing, even though there are plenty of mansions larger than most inner city homeless shelters, many of them summer homes that have been empty since Labor Day. As noted yesterday, the Obamas’ estate alone has 29 acres and seven bedrooms.

Despite that sign that virtue-signaled so hard you could see it from space, the migrants were there for but a single day before being “deported” off the island to a Cape Cod military base. (Maybe we should put these wealthy liberals in charge of ICE, and they could restore it to its original function.) The state activated 125 National Guard members to deal with the crisis, or 2.5 Guardsmen per migrant. If Texas did that, they’d have to activate 20,000 Guardsmen a day.

With the migrants already removed, it was announced that $42,000 that had been raised to help them by a GoFundMe account would instead go to the Martha’s Vineyard Community Foundation, which has $14 million in assets. (Wait, did they not know WHERE they sent them, so the money could be forwarded?)

Worst of all was a tweet by NBC (later deleted) that quoted the head of a foundation that aids refugees shockingly comparing DeSantis’ sending the migrants to Martha’s Vineyard to “me taking my trash out and just driving to different areas where I live and just throwing my trash there.” That revealed far more about him than about DeSantis.

And just when you think the reactions to DeSantis’ flight couldn’t get any stupider, someone actually tried to find a way to tie it to Russia.

Then to put the cherry on top of this manure sundae, someone asked the migrants about how they came to be in Martha’s Vineyard. Turned out they were asked multiple times if they wanted to go and given backpacks full of provisions for the trip.

Even MSNBC was forced to report that they thanked Gov. DeSantis for sending them there.

That doesn’t sound like kidnapping to me, and certainly not “human trafficking.” If any Democrats want to see what that really looks like, they could visit the border and see the horrific situation Biden’s policies have created. But considering that our “border czar” Kamala Harris hasn’t even done that, I doubt any others will.

And while some Democrats are demanding a federal investigation of DeSantis over that one flight, I’ve yet to hear any of them demand the same of Biden over his many more flights of illegal immigrants to blue states under cover of darkness.

This whole narrative, played out in fast motion over just 48 hours or so, was like watching a combination of wealthy white privilege, unapologetic racism, and liberal hypocrisy, all on steroids laced with crack. Not only did it expose the emptiness and hypocrisy of the left’s “sanctuary city” blather, it also exposed their ugly racism, their immense sense of privilege and entitlement, and their well-worn tactic of accusing their political opponents of the sins they engage in themselves. But you probably figured that out already from the way Biden is trying to convince you that MAGA Republicans are the violent, racist extremists who are threatening democracy and the Constitution.

Related: The Martha’s Vineyard story exploded the entire “sanctuary city” façade of the Democrats, and what New York City wants to do with illegal immigrants is making the rubble bounce.