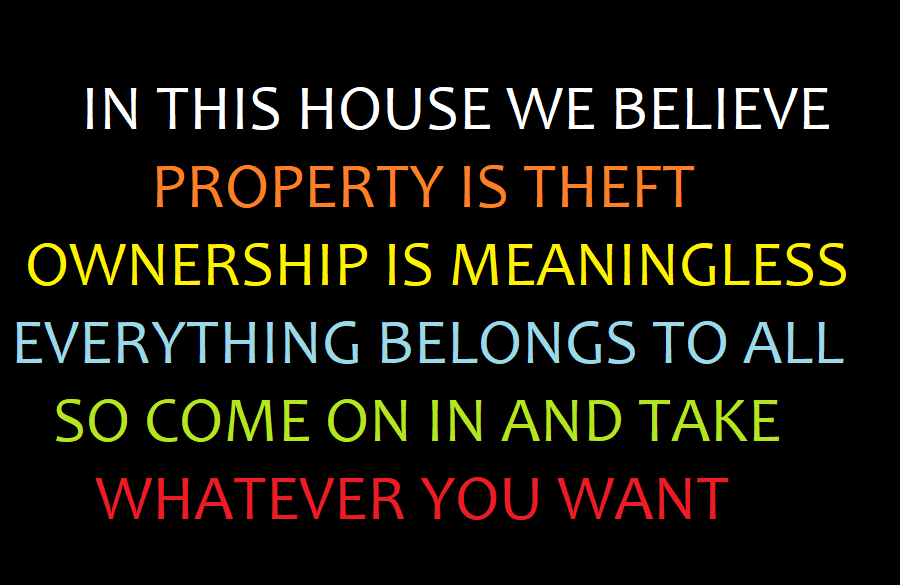 This notice on our front door is by way of explaining the sign in our yard. You know, the one which reads:

We’re concerned that some people may have innocently misinterpreted that sign. The fact that you are standing some 17 feet on our side of the property line to read this note suggests that you might be one of them. (Our apologies if you’re just the Amazon delivery per/son/daughter! Just leave the package on the porch.)

We Stand in Solidarity

Along with most of the other proud residents of Martha’s Vineyard, we stand in firm solidarity with the marginalized. In the course of the past few years, an observant person would have seen that very clearly. We have hosted fundraisers, organized online petitions, made generous donations, and spoken out in public on behalf of crucial causes:

A decent, educated, responsible fellow citizen would have registered these gestures as what they were meant to be: exquisitely clear signals of the kind of people we are, and the virtues we practice here. Even those who for their own (dark, dogmatic) reasons disagree with these positions ought to respect them, to see that they are motivated by only the best intentions. That in fact, they are part of a coherent, long-term worldview that looks beyond today’s petty concerns and our own local worries, to plan out a liveable future for everyone on our planet for centuries to come — even those too poorly educated or negatively conditioned to realize that it’s for their own good.

Some of the people who fail (or refuse) to understand this cold, scientific fact have reacted harshly to us. In fact, if we’re being candid, they have behaved atrociously. The illegitimately-chosen governors of states full of election-deniers that reject women’s Choice, Texas and (ahem!) Florida, for instance. They have subjected our community here to an unprecedented siege for several days. In a move that award-winning film maker and national treasure Ken Burns aptly compared to the Nazi deportations of Jews, these governors kidnapped some 50 or more (we lost count — it seemed like thousands!) undocumented migrants, and forced them on our community.

Border towns in Texas have had time to acclimatize themselves to the free movement of people across the arbitrary line dividing land that America stole from Mexico from territory it didn’t. Especially since the legitimate election of President Joe Biden. By stark contrast, Martha’s Vineyard has no facilities to receive such migrants. They were just … dumped here like bags of trash, and started wandering around. (Which mixes the metaphor a bit, come to think of it, sorry! We’re overwhelmed here, completely at the end of our last nerves.)

got a screenshot just in case pic.twitter.com/uDJvNKJMmH

Who Are These People?

Some of our residents were frightened. Others confused. Some homeowners mistook the victims of the Republican governors for their own nannies and gardeners, and tried to address these newcomers in their best Kitchen Spanish. To no avail.

As this threat spread throughout the community, most of us sheltered in place inside our homes, and phoned the U.S. senators whom we’ve most generously supported. It took unconscionable hours before the Massachusetts National Guard could respond to this emergency, and safely remove these unfortunate pawns of cynical MAGA power politics to a nearby military base. Life could return to normal, at least on the surface, giving us the chance to begin to process our trauma. Only time will tell how long such healing might take for the first responders.

We have been saddened and somewhat surprised by the lack of national sympathy for our afflicted community. We hadn’t realized that even the “red states” contained this many haters. Yes, there, we said it. We have been inundated on social media with vile, unspeakable comments from the worst kind of people, rife with offensive epithets and (of course!) grammatical errors.

We Have to Pick and Choose

More substantively, a few MAGA apologists who seem to have somehow graduated from second- and third-tier colleges have tried to daub out in paragraphs a list of accusations, aimed at all of us. They complain that we do not concern ourselves with what they call the “truly marginalized” of society:

Such charges betray a profound ignorance of our hearts, our minds, and our very selves. We are fully aware that as citizens, even privileged ones, we cannot address every situation where human beings suffer. We cannot even avoid making hard choices that might (unavoidably, oops!) inflict additional suffering on some people, somewhere, somehow. As progressives, humanists, and futurists, we must make the proper calculations in order to maximize happiness in the biosphere for all its stakeholders, whatever their species.

Imagine All the People

We know that there is a planetary ecological climate crisis. The Science is settled, just as it was on the proper treatment and prevention of COVID, and the safety and efficacy of vaccines produced by international corporations. If any species, much less our own, is to survive and thrive, we must resolve this crisis, whatever the cost. That means that those of us who understand the crisis and dutifully follow the Science must manage the planet — its politics, its economy, communications and culture. There’s no more room for old-fashioned values like “debate” or “popular government.” Not when the life of our planet is at stake.

With this in mind, we in communities like Martha’s Vineyard must strategically select the issues where we engage our compassion, to dovetail with those where it maximizes our leverage over the global economy and politics. This is rational altruism at its best. We must use — no, better, recycle! — the suffering around us to help us put our loving hands on the levers of power, so we can use them for Good. As John Lennon once, unforgettably, said, “Imagine all the people.”

That’s what we do here. We imagine people. That’s what it means to be a practicing Victimist.

With all of that in mind, please turn right around and march yourself off our property, before our private security people arrive. You have already triggered the infrared sensors, and their Prius vans are on their way.