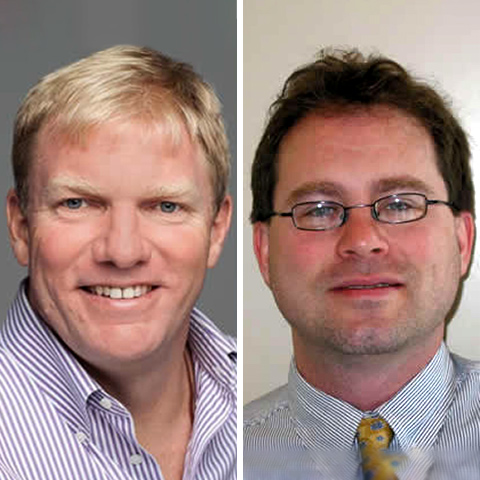 Jason Jones is a Senior Contributor to The Stream. He is a film producer, author, activist and human rights worker. For the past 20+ years, he has worked to defend the most vulnerable — from the homeless on the streets of Los Angeles to persecuted Christians in Africa, from women in crisis pregnancies to victims of “honor killing” in Iran.

He attended the University of Hawaii, after a tour serving in the U.S. infantry. At UHI, he founded the Pro-Life Student Union and served as state chairman of Young Americans for Freedom. Jason would go on to serve as director of Hawaii Right to Life, national youth director of the American Life League, grassroots director of Brownback for President, and public relations director for the world’s largest international pro-life organization, Human Life International.  He has appeared in defense of the most vulnerable members of the human family on ABC, Fox, CNN and hundreds of radio programs nationwide.

Jones is the Founder of HERO [Human-Rights Education and Relief Organization], a non-profit that promotes human dignity regardless of ability, age, status, race or geography.  He spearheaded a HERO initiative to bring clean water to suffering refugees in South Sudan. In 2009, despite the government’s warning of unsafe travel, Jason visited Darfur and inspected 26 new water wells and distributed $2 million in food, medicine and other aid. He is currently leading an effort to provide emergency aid to the victims of ISIS in Iraq.

Jones was a producer on the 2006 prolife film, Bella, which won several film industry awards, most notably the People’s Choice Award at the 2006 Toronto International Film Festival.

John Zmirak is a Senior Editor of The Stream. He received his B.A. from Yale University in 1986, then his M.F.A. in screenwriting and fiction and his Ph.D. in English in 1996 from Louisiana State University. His focus was the English Renaissance, and the novels of Walker Percy. He taught composition at LSU and screenwriting at Tulane University, and has written screenplays for and with director Ronald Maxwell (Gods & Generals and Gettysburg). He was elected alternate delegate to the 1996 Republican Convention, representing Pat Buchanan.

He has been Press Secretary to pro-life Louisiana Governor Mike Foster, and a reporter and editor at Success magazine and Investor’s Business Daily, among other publications. His essays, poems and other works have appeared in First Things, The Weekly Standard, The Atlanta Journal-Constitution, USA Today, FrontPage Magazine, The American Conservative, The South Carolina Review, Modern Age, The Intercollegiate Review, Commonweal and The National Catholic Register, among other venues. He has contributed to American Conservatism: An Encyclopedia and The Encyclopedia of Catholic Social Thought. From 2000-2004, he served as Senior Editor of Faith & Family magazine and a reporter at The National Catholic Register. During 2012, he was editor of Crisis.

He is author or co-author of six books, including Wilhelm Ropke: Swiss Localist, Global Economist, The Grand Inquisitor (graphic novel) and most recently, The Race to Save Our Century. He was editor of the Intercollegiate Studies Institute’s guide to higher education, Choosing the Right College and Collegeguide.org, for ten years, and is also editor of Disorientation: How to Go to College Without Losing Your Mind.

He is a native of New York City, but now resides in Dallas, Texas.

Today we mark one of the most solemn occasions in man’s checkered history, a low point that scars our memory and sears the human conscience: the Nazi Holocaust. Aimed first at Jews, then at other ethnic groups, the handicapped, and…

First China Came for the Uyghurs, and the Vatican Said Nothing

We Live Now By Lies