The Three Answers You Need for LGBT Activists’ Anti-Christian Attacks 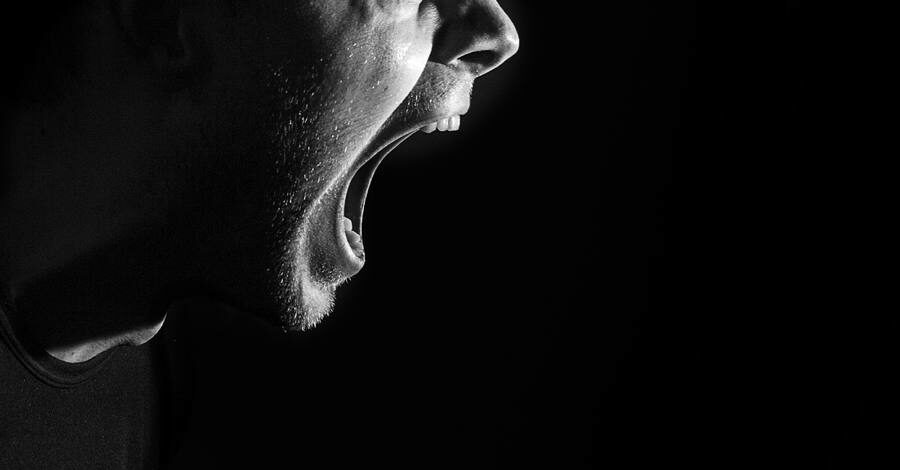 You know the attack. It’s worded in dozens of different ways, but it all comes down to this: Christians are horrible terrible awful hateful no-good very-bad people, because we don’t approve of homosexuality. I’ve got two quick, easy answers, but then after that it gets really interesting.

The first easy answer is that we aren’t terrible people just for saying homosexuality is wrong — because it actually is wrong. God says it’s wrong, and as my earlier summary shows, life itself demonstrates it’s wrong.

The second answer is easy, too: Have some Christians opposed it in condemning, unloving, hateful ways, and is that wrong? Obviously yes, to both questions. Homosexuality is just one of many ways people go wrong, and “such were some of us”:

Or do you not know that the unrighteous will not inherit the kingdom of God? Do not be deceived: neither the sexually immoral, nor idolaters, nor adulterers, nor men who practice homosexuality, nor thieves, nor the greedy, nor drunkards, nor revilers, nor swindlers will inherit the kingdom of God. And such were some of you. But you were washed, you were sanctified, you were justified in the name of the Lord Jesus Christ and by the Spirit of our God. (1 Cor. 6:9b-11)

So for those who practice this condemnation, it’s time to repent. Ask forgiveness. Make it right. There’s so much more to say on this, I hate to leave it at that, but I’m saving that for the next on my list of five basic questions about homosexuality: “How do I live faithfully in a pro-LGBT world?”

Those were the easy answers. Now let’s dig in deeper

How Bad Are You? Really?

Here’s what we all really need to know: This challenge has a history and a purpose, and its purpose isn’t primarily to establish truth, but to establish position and power for homosexuals. In place of truth it depends on feelings and imagery.

We can demonstrate that easily enough. Just think of what gay activists say about us. Read this list, and let the experience wash over you. If you believe the Bible’s moral teaching is good and true, then you are:

You are one awful person — if the activists are right. They aren’t, but for their purposes that’s okay: They don’t need to be right, they just need to win the rhetorical battle, and they’ve chosen a most effective way to do that.

These Attacks Aren’t About Truth

I suspect you experienced that method as you read that list. How did you react to it? What was your first impression? Was it more analytical, as in, “This doesn’t fit the facts as I know them”? Or was it more in the realm of feelings, like anger?

If you think about it, you know it doesn’t fit the facts, at least for most of evangelical Christianity, but again, that’s not the point. The point is to block you and everyone else from thinking about it. For Christians, they’re meant to rock you back on your heels, to put you in a place where it’s hard to give the rational answer. For those who ally with homosexuality, these challenges are meant to satisfy feelings that support their beliefs and behavior. Either way, they’re not meant to be analyzed for truth.

I took a stand against that while I was researching my book Critical Conversations: A Christian Parents’ Guide to Discussion Homosexuality with Teens. I pulled back from the heat, and I did the analysis, with a close look at 23 of the most powerful gay activist challenges. What I found was this: Every one of them comes up empty. (The book’s title was wrong, in retrospect: It’s for anyone who wants to have that discussion with anyone!)

For example, remember the most powerful same-sex-marriage argument of them all? It was “How could you be against marriage equality?” The implication was, “How can you be so bigoted?” But that’s as empty as can be. It’s just one example, and it’s easy, but they all are.

The “hater” attack is laughably simple. First, the point seems to be, “You disagree with us, and that’s hateful.” But if disagreement equals hate, they disagree with us, too. Doesn’t that make them haters just as much as it does us? Or (better) isn’t that just the wrong way to use the word? Oh, and by the way: How much actual hate do you see in the average Christ-honoring church?

It’s a Barrage of Blanks

There are exceptions, of course, so if the accusation were, “Sometimes you Christians really bug the rest of us,” then we’d be guilty as charged. If their complaint was, “Sometimes you guys really get it wrong,” I’d agree. That’s not what they’re throwing at us, though. They’re throwing serious ordnance. They’re hitting hard. They don’t want us answering; they want us to duck and cower.

They don’t want you thinking, so what’s your best response?

They can do it, too, as long as they can keep us reacting instead of thinking. They do it by blasting us with a hot barrage, one challenge after another. It’s a barrage of blanks, but it’s still an unpleasant, intimidating barrage.

It’s like flying in turbulence: I know for a fact that no modern airplane has ever fallen out of the sky due to turbulence, but I still grip the seat arm and pray it will end soon. This barrage is no more threatening than that, but it still feels bad, and you still want it to go away anyway.

The Real Key to This Question

So that’s the key to this second of our five questions: knowing what the activists are up to. They don’t want us thinking about whether Christians are horrible people for opposing homosexuality. What they want is for you to STOP AND DON’T THINK ABOUT IT! JUST FEEL AWFUL INSTEAD!

Challenges are easy to deliver, and they take no time at all. Answers take longer. That’s another piece of their strategy. They keep it coming at us, fast and thick, one quick blow after another, so there’s hardly any time to engage our rational faculties in response. The technique is especially effective with our children and teens, who are developmentally slower to engage their critical rational faculties. (Younger children are still years away from it.)

My point is this: You won’t understand this second question, “Are Christians horrible people?” unless you understand where it comes from. It’s not about truth, it’s about weaponry. See for yourself: They don’t want to be right, they want to win, and their way to do that is by flooding the country with anti-Christian images and emotions. They do it on purpose, they do it well, and they do without a whit of regard for the truth.

I fault the activists for this, not every homosexual person. Many people have bought the lies, and many people echo them, and in this they are wrong, but not nearly as wrong as the activists who have intentionally campaigned to sell the lies.

Feel It? Yes. But Then Think About It.

The attacks are self-serving, delivered by activists whose purpose isn’t truth but victory. They don’t want you thinking, so what’s your best response? Think! I’m not saying you shouldn’t feel. You’re human, you’re going to react, but you can also focus that reaction. Instead of feeling worried and defensive, let yourself feel indignant, even angry, at the ones who kicked this all off.

It’s a barrage, yes, but it’s a barrage of blanks. Don’t let them get you cowering. The truth will win in the end.

So feel it, but then focus that feeling. Let it move you to do what it takes protect your children and teens, along with yourself. You do that by moving through the feeling stage into thinking, studying, and talking about what’s true.

Three Truths to Answer Every Attack

So let me leave you with three truths you can count on to help answer every one of these challenges:

First, it’s an intentional attack, a strategy meant to overpower us by intimidation, with no concern for truth. It’s wrong on that account.

Second, the whole strategy is a misdirection: The question should be, “Is homosexuality right?” These charges get us rolling around instead on the almost completely unrelated issue, “Are Christians good people?”

Third, whatever the specific attack may be, it’s false. All these charges are factually wrong, for the great majority of believing, conservative Christians. You may need time to think that through in many cases, but that just means you should take that time.

It’s a barrage, yes, but it’s a barrage of blanks. Don’t let them get you cowering. The truth will win in the end.

Tom Gilson (@TomGilsonAuthor) is a senior editor with The Stream and the author or editor of six books. His 2015 book Critical Conversations: A Christian Parents’ Guide to Discussing Homosexuality With Teens provides truths to answer the major anti-Christian activist challenges, but more than that, it also includes practical guides for how you can talk about each one of them when they come up in conversation.