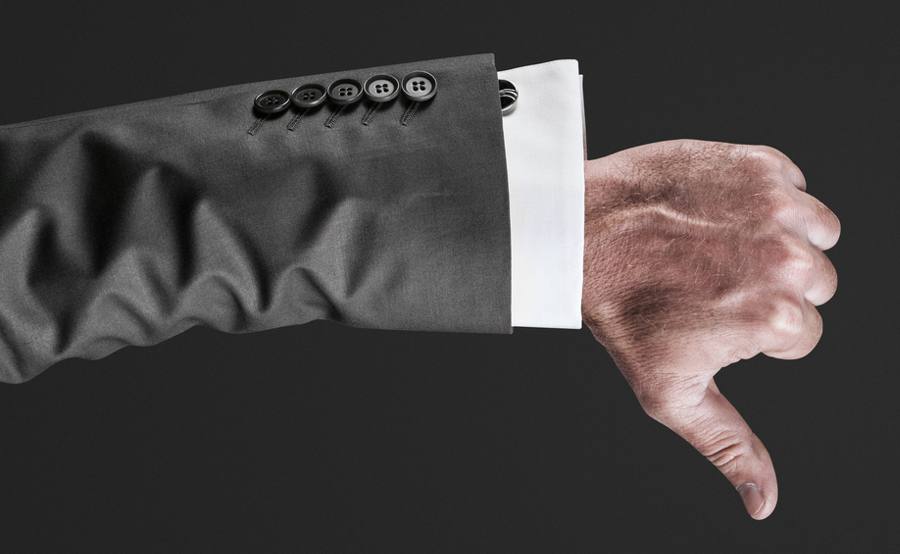 Everyone knows how bad Christians look these days. We’re intolerant, we’re non-accepting, and we refuse to agree that some things are just fine — especially homosexuality and transgenderism. We’re insufferable in many ways, as Barna Group president David Kinnaman and co-author Gabe Lyons revealed in their important book unChristian, telling us we’ve got a serious “image problem.” And it’s worse than when they wrote it.

The question then is, What should we do about it? Can we improve our image? More importantly, can we improve our witness? We’d better get this right, or we’ll end up taking responsibility for the wrong things, which is exactly what I see some Christian leaders doing, even to the point of drifting away from biblical truth.

Sex and gender is the big issue. If we could at least get this one right, our image would be much improved, right?

If our behavior were the one cause of that problem, then changing our behavior might be the one thing needed to solve it. There are at least two other factors involved, however. It’s not just Christians doing wrong. It’s also Christians doing right but being labeled as wrong, and it’s activists’ strategic manipulation of our image, purposely making us look wrong. One of those we should take responsibility for. The others? Not so much.

We can’t dodge our own part in the problem. I’ve heard too many stories of people getting mercilessly booted out of church and family, for coming out as homosexual, bi, or trans. My wife and I have stepped in twice to help persons who were hurting from that treatment. Christians need to own that as our error, and we ought to repent of it. (More on that below.)

Jesus was absolutely a friend to sinners, which includes you and me. He ate with them, taught them, and accepted them; therefore so should we. We have real room to grow here.

2. Doing Right, Being Labeled as Wrong

In what way did Jesus accept sinners, though? Did He simply welcome them? Was His message, “Come as you are, be as you are, feel free to stay as you are.” Some churches seem to think so, but I shake my head in wonder. Where did they get that kind of “Jesus” from?

It may not be popular, and it may not do our “image problem” any good at all, but it’s still the right thing to do.

The Jesus of the gospels — meaning, the real Jesus — was nothing like that. His invitation was wide open to all, and always has been, but it comes with terms. One of the clearest of those terms is that sinners are welcome, but promoting sin isn’t.

Jesus’ first words in the Gospel of Mark say it all: “The time is fulfilled, and the kingdom of God is at hand; repent and believe in the gospel.” His message is good news, which is what the word “gospel” means, but this good news of His comes with a call to repent. We who follow Him must preach the same thing, including the call to repent.

That may not be popular, and it may not do our “image problem” any good at all, but it’s still the right thing to do. We cannot avoid teaching the truth, including the truth about sexual morality. Our image will suffer for it. So be it. I choose to pursue truth over reputation.

Doing Nothing at All, and Still Being Labeled Wrong

Besides that (I’d call it a subsection of the same point), some people won’t feel comfortable walking into a church no matter how warmly we welcome them, no matter what we’re teaching on that day. It’s the same principle by which people quit cussing at work when a known Christian walks into the room — and then blame him for being judgmental. Jesus saw this and spoke about it:

And this is the judgment: the light has come into the world, and people loved the darkness rather than the light because their works were evil. For everyone who does wicked things hates the light and does not come to the light, lest his works should be exposed. But whoever does what is true comes to the light, so that it may be clearly seen that his works have been carried out in God.

Walking in the light means walking with each other openly, honestly, not hiding our sins but calling them what they are. Some people have so much trouble with that, they’ll call us haters just for being there.

Finally, some of our bad reputation comes from activists’ intentional, purposeful manipulation of the culture’s rhetoric . That’s not conspiracy theorizing; it comes straight from their seminal strategy document, “The Overhauling of Straight America” written in 1987. Two years later the same authors expanded it to book length. (One of them dropped the pseudonym he’d used for the article, and used his real name instead.)

It is the most disturbingly brilliant strategy document I’d ever seen. They laid out the plan, they followed it, and it worked. You need not read the book, though; the article tells you plenty. Here’s a sample:

We have already indicated some of the images which might be damaging to the homophobic vendetta: ranting and hateful religious extremists neo-Nazis, and Ku Klux Klansmen made to look evil and ridiculous (hardly a difficult task).

These images should be combined with those of their gay victims by a method propagandists call the “bracket technique.” For example, for a few seconds an unctuous beady-eyed Southern preacher is seen pounding the pulpit in rage about “those sick, abominable creatures.” While his tirade continues over the soundtrack, the picture switches to pathetic photos of gays who look decent, harmless, and likable; and then we cut back to the poisonous face of the preacher, and so forth. The contrast speaks for itself. The effect is devastating.

You must realize I am speaking of a minority of homosexual and transgender persons, not the person you’re likely to meet in church, and not likely the family member, either. True activists are a smaller group, but they hold enormous influence. One reason the homosexual community thinks we’re so bad is because their own activist leaders have pounded that message into them, strictly for political advantage.

And did you notice they didn’t mind calling it a propaganda technique? That’s exactly what it’s been. And we can’t control it one bit.

How Much of Each?

Those, then, are three main reasons Christians have a bad reputation with respect to sex and gender. And I wonder now if you’ll want me to rank them in importance, to estimate what percent of our bad image comes from each of these. I can’t do that, and I wouldn’t even if I could, because frankly I don’t care. All I care about is what percentage responsibility we should take for each of them.

The answer to that one is easy: We can only take responsibility for what we can do — which puts it all on the first item. So we can certainly reflect on our behavior. Where we’ve done wrong, we can — and should — apologize for it, make up for it in whatever way fits the situation, and resolve not to do it again. That’s not easy, especially in a culture that expects us to fully accommodate wrongdoing. We need to do it anyway, to the best of our ability in Christ. That is 100 percent our responsibility.

The rest of it, though? It’s not ours to control. It looks to me as if some Christian leaders have lost sight of that, and they’re trying to fix problems 2 and 3, when they’re not ours to fix.

We cannot go there. We dare not give in to it, not even a little.

Neither they nor you nor I can change Jesus’ truths. We dare not alter His terms of welcome, not even to present a warmer image to the world. It wouldn’t work anyway. Activists will keep on propagandizing, tearing down our image, smirking as they see us trying to claw back into their good graces, keeping the pressure on until they own us totally. We cannot go there. We dare not give in to it, not even a little.

Jesus came “full of grace and truth” (John 1:14, 18), and our love, too, must express both grace and truth. Grace invites and welcomes; truth tells them Jesus’ invitation comes with terms included. So therefore treating persons with sincere love, with truth, and without hypocrisy isn’t giving in; it’s just the right thing thing to do in Christ.

That’s what we can do, it’s all we can do, and it’s all we ought to take responsibility for. Our “image problem” will remain in spite of it. Remember, even Jesus had crowds crying out, “Crucify Him!” Doing the right thing doesn’t guarantee that people will like His followers, either. Let’s do right thing regardless.