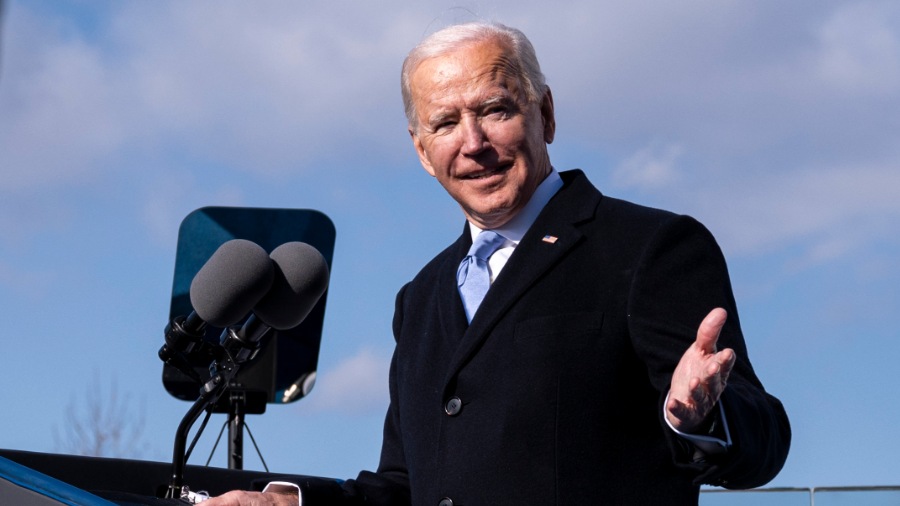 Of all the things that incoming President Joe Biden could do on his first day in office, why was one of them signing a radical executive order promoting transgender activism? It’s obviously because, in his view, “transgender equality” is the great civil rights issue of our day. Except that it isn’t. Instead, the president’s executive action declares war on the rights of others, especially females. Allow me to explain.

On January 25, 2020, Biden tweeted, “Let’s be clear: Transgender equality is the civil rights issue of our time. There is no room for compromise when it comes to basic human rights.”

This certainly sounds good. Who among us would want to compromise when it comes to basic human rights?

But that’s not what this is about.

The Perceived Needs of a Few That Hurt Others

It is about prioritizing the perceived needs of those who identify as transgender, meaning those who do not feel at home with their biological sex, to the point that the rights of others are negatively impacted.

As nice as the wording sounds, we should make no mistake about it: this will negatively impact your children, especially your girls.

We’re talking about 6-year-old girls being forced to share their school bathroom with a biological boy who believes he’s a girl.

We’re talking about a 17-year-old girl being told she must share her school locker room with a biological male who wants to play on the girls’ softball team.

And we’re talking about this same 17-year-old girl missing out on a prized scholarship because she was bested by her biological male peer who identifies as female.

To quote the executive order: “Children should be able to learn without worrying about whether they will be denied access to the restroom, the locker room, or school sports.”

‘A New Glass Ceiling’ for Girls

As expressed by a deeply concerned mother last June, “Over the past few years, athletes, coaches and parents have been watching in disbelief as girls are being replaced on the winner’s podium by boys who identify as girls at all levels of competition. It’s what prompted Idaho to enact a law to protect female athletes from having their dreams of success on the field taken from them by a male competitor, and it’s what prompted the U.S. Department of Education’s Office for Civil Rights to conclude that my home state, Connecticut, is in violation of federal law.”

This is not right, let alone a matter of civil rights. This is a matter of unfair discrimination.

As for the simple matter of bathrooms, there are numerous documented reports of girls feeling so uncomfortable with the presence of boys in their school bathrooms that they refrained from relieving themselves the entire day at school. Others wear their gym clothes under their regular clothes lest they be forced to change in the presence of a boy. What happened to the basic, human rights of these girls?

When it comes to sports, many of the males these girls compete with have not had any hormonal treatments, and so, they are functioning fully as biological males. This completely undermines the very concept of boys and girls sports. There is a reason for the separation, and it is called fairness. The president’s executive order destroys that fairness with one stroke of the pen.

Earlier this month, NBC News reported that, “A new study suggests transgender women maintain an athletic advantage over their cisgender peers even after a year on hormone therapy.”

Last December, the UK Guardian reported that, “A groundbreaking new study on transgender athletes has found trans women retain a 12% advantage in running tests even after taking hormones for two years to suppress their testosterone. The results, researchers suggest, indicate the current International Olympic Committee guidelines may give trans women an ‘unfair competitive advantage’ over biological women.”

Well what do you know? The studies confirmed what common sense would tell you.

As for those who say, “Well, how common is this anyway? Why make such a big deal about it?” The answer is the very question you asked: “If so few people identify as transgender, why sign an executive order affecting everyone else just for them?”

But there’s more to Biden’s executive order, titled, “Executive Order on Preventing and Combating Discrimination on the Basis of Gender Identity or Sexual Orientation.”

Employment Discrimination: What About Employers With Convictional Differences?

It also states, “Adults should be able to earn a living and pursue a vocation knowing that they will not be fired, demoted, or mistreated because of whom they go home to or because how they dress does not conform to sex-based stereotypes.”

Does this mean that if Jack, who is clearly a biological male, now identifies as Jane and wants to be hired as a nursery school teacher, the school must hire him? Does it matter that the 4-year-old kids will be asking why the man is wearing a dress?

And is there a reason that the order does not contain the words “religion” or “religious” a single time? What about those with biblically based, convictional differences? Would churches be exempt? What about religious schools?

This Will Negatively Impact Your Children

That’s why I warned in March of last year, “If Joe Biden Becomes President, He Will Declare War on Your Religious Freedoms.”

That’s why I drew attention last August to the transgender activism of the Democratic Platform as prefigured in the Biden-Sanders “Unity Plan.”

That’s why I asked last October, “Mr. Biden, Do You Really Advocate Sterilizing Children?” when candidate Biden indicated his support for an 8 year old to identify as the opposite of their biological sex. (Should I also mention that Biden’s nominee for his assistant secretary of health is a biological male who identifies as female?)

Under President Obama, more than 20 states took his administration to court, fighting against his similarly radical transgender activism in the schools. (Obama threatened to withhold federal funding if the schools would not comply.)

Under President Trump, this was overturned, only to have it reinstated by President Biden (also undergirded by the Supreme Court’s dreadful redefinition of “sex” last June).

And as nice as the wording sounds, we should make no mistake about it: this will negatively impact your children, especially your girls.

Love Every Person and Resist Every Dangerous Agenda

To be sure, every one of us should show love to those struggling with gender identity confusion, be they children or adults. And, if a school can accommodate a trans-identified child by allowing them to use a private restroom, that hurts no one.

But, as I have argued for more than a decade, we don’t turn the world upside down to accommodate the struggles of less than one percent of the population. And by all means, we don’t strip away the rights of others on their behalf.

This is one reason I voted for Donald Trump, since a vote for him was a vote against this dangerous agenda. All of this is no surprise.

Let us be prepared, then, to love every trans person we meet (this heart-rending documentary will help you do so) while pushing back against this dangerous agenda every way we can.

It’s the least that we can do.