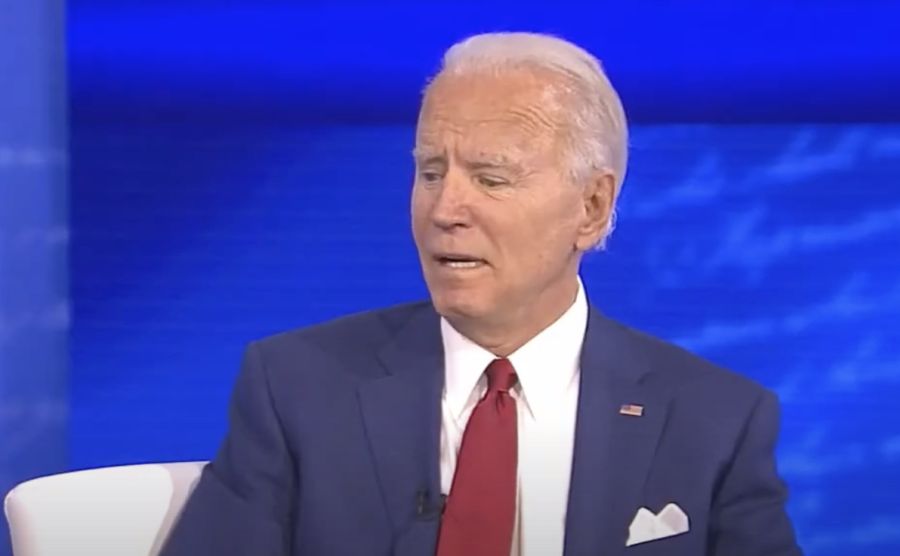 Based on presidential candidate Joe Biden’s answer to a town hall question Thursday night on ABC, it is only fair to ask: “Sir, do you advocating sterilizing children who identify as transgender?”

During the Q & A time, Biden responded to a woman who stated, “I’m the proud mom of two girls, 8 and 10. My youngest daughter is transgender.” How, she asked, will the Biden administration protect her daughter from the Trump administration’s “dangerous and discriminatory agenda and ensure that the lives and rights of LGBTQ people are protected under U.S. law?”

While not all of Biden’s response was totally lucid, his overall point was clear: he supports a child’s right to identify as transgender. And, he stated plainly, “There should be zero discrimination.”

This may sound compassionate, especially in the eyes of the mother. But in the end, it is not compassionate at all.

It is basically saying that a child this young has the right to make a life-altering, likely non-reversable decision, a decision that one day could be deeply regretted.

Based on today’s “science,” if a child is diagnosed with gender dysphoria (which does speak of a real condition), then the best course of action is this.

First, call them by a new name, use new pronouns, and have them dress and identify by their perceived sex. (So, Jason would now be Jessica, called she/her, dressed as a girl, and using the girl’s bathroom at school.)

Second, as they get closer to puberty, put them on hormone blockers to delay the onset of puberty.

Third, once they are old enough, facilitate their “gender reassignment” surgery.

Fourth, put them on hormones for the rest of their lives.

The result of all this, even without the surgery, is often sterilization for life. What child can possibly make such a decision for herself or himself?

What makes this all the more tragic is that studies indicate that the vast majority of children who identify as transgender no longer do so after going through puberty.

Indeed, “Each of these procedures has serious negative side effects — up to and including permanent sterilization. Despite claims to the contrary, these procedures are often not reversible, and they are not ‘evidence-based,’ because research has not shown that these procedures are effective in accomplishing their purpose, which is to improve the patient’s mental health. They violate the most fundamental principle of medical ethics — ‘First, do no harm.’” (For Sprigg’s 19-page, well-documented analysis, titled, “Do Not Sterilize Children: Why Physiological Gender Transition Procedures for Minors Should Be Prohibited,” see here.)

What makes this all the more tragic is that studies indicate that the vast majority of children who identify as transgender no longer do so after going through puberty. Yet so many never made it through this normal process of development, thereby doing irreparable harm to themselves.

If you are moved by compassion and concern, take the time to read Abigail Shrier’s book Irreversible Damage: The Transgender Craze Seducing Our Daughters. The stories are truly heartbreaking. (The book was apparently considered such a threat to the radical transgender agenda that Amazon would not allow the publisher, Regnery Publishing, to pay to advertise the book on its site.)

This past Tuesday, October 13, I participated in a panel discussion following the advance preview of the important new documentary In His Image. (It releases on October 20. Click here for instructions for free online viewing.)

Sitting next to me was Laura Perry, author of the new book Transgender to Transformed: A Story of Transition That Will Truly Set You Free and featured in the documentary. After years of struggling with her female identity, she became “Jake,” not only taking male hormones but also getting major surgery, first a total mastectomy, then a hysterectomy.

But after 10 years of living as a man, complete with a male driver’s license and a complete male identity, her life was still in upheaval. Laura was still not male.

By God’s grace, and through the persevering love of her mother’s prayer group, Laura had a life-transforming encounter with the Lord, followed by months of deep emotional healing. Today, her smile lights up the room — but what a price she paid along the way.

If only she had found encountered God’s transforming love years earlier. She could have saved herself so much suffering and even self-harm.

But her story is far from unique. There is now something called rapid onset gender dysphoria, increasingly common among teenage girls (especially those with autism). This is what these teens’ parents have to say:

“We are a group of parents whose children have suddenly — seemingly out of the blue — decided they identify strongly with the opposite sex and are at various stages in transitioning.  This is a new phenomenon that has only recently been identified.  Researchers are calling it Rapid-Onset Gender Dysphoria (ROGD), and it is epidemic among our most vulnerable youth.

“Our children are young, naïve and impressionable, many of them are experiencing emotional or social difficulties.  They are strongly influenced by their peers and by the media, who are promoting the transgender lifestyle as popular, desirable and the solution to all of their problems.  And they are being misled by authority figures, such as teachers, doctors and counselors, who rush to ‘affirm’ their chosen gender without ever questioning why.

“We are skeptical of the current Standard of Care, the ‘Affirmative Approach,’  which only seems to confirm and solidify our children’s misguided, externally-influenced sense of self.

“And we are horrified at the growing number of young people whose bodies have been disfigured, their physical and mental health destroyed by transitioning, only to discover — too late — that it did little to relieve their dysphoria.” (Take a moment to re-read this paragraph, and realize that this could be your children or grandchildren.)

“Please read our stories,” they urge. “See the devastating impact ROGD has had on our children and our families.”

Mr. Biden, I urge you to read these stories too — unless you really think that a child of 8 has the ability to make a decision to embark on a path that will result in sterilization for life. Sir, is that really your view?