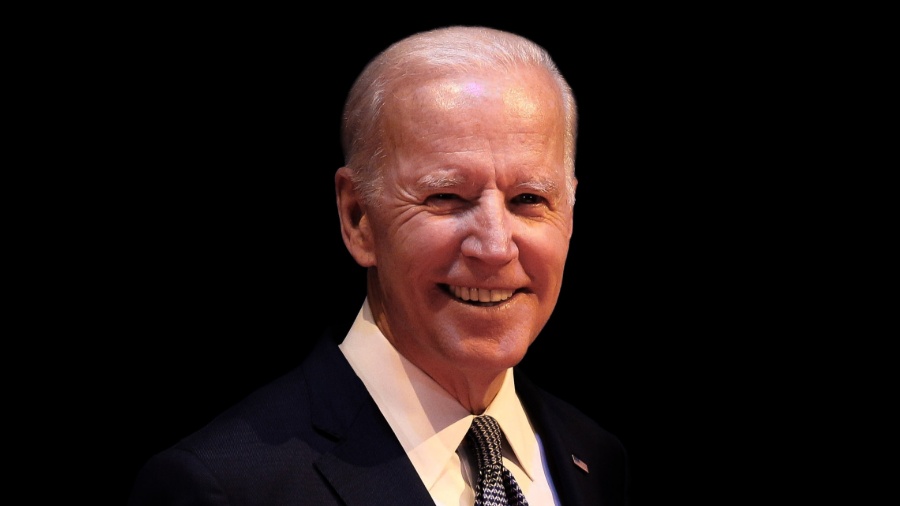 Do Not Be Deceived

To be sure, there are some praiseworthy elements of the Biden Plan, emphasizing compassionate care for hurting people. But if put into law, it would mean the most aggressive, government-sanctioned attack on Christian values in our nation’s history. Do not be deceived.

Let’s not forget that Vice President Biden declared his support for same-sex “marriage” in May 2012. That was before President Obama did the same.

And it is that very Biden quote which adorns the web page announcing the Biden Plan. As he said on Meet the Press, May 6, 2012, “Who do you love? Who do you love? And will you be loyal to the person you love? And that’s what people are finding out is what all marriages, at their root, are about.”

If put into law, it would mean the most aggressive, government-sanctioned attack on Christian values in our nation’s history.

Let’s also remember that on January 25 of this year, Biden tweeted, “Let’s be clear: Transgender equality is the civil rights issue of our time. There is no room for compromise when it comes to basic human rights.”

Lest you think I’m exaggerating, note that the Biden Plan states, “Donald Trump and Mike Pence have given hate against LGBTQ+ individuals safe harbor and rolled back critical protections for the LGBTQ+ community.”

Put another way, if you affirm what the Bible says about homosexual practice and biological sex and you oppose the LGBTQ+ indoctrination of your children, you are guilty of “hate.” And you will be punished by the law.

Make no mistake about it.

The “But” Says It All

Religious freedom is a fundamental American value. But states have inappropriately used broad exemptions to allow businesses, medical providers, social service agencies, state and local government officials, and others to discriminate against LGBTQ+ people. The Trump-Pence Administration has deliberately and systematically attempted to gut protections for the LGBTQ+ community by carving out broad religious exemptions to existing nondiscrimination laws and policies across federal agencies. Biden will reverse Trump’s policies misusing these broad exemptions and fight so that no one is turned away from a business or refused service by a government official just because of who they are or who they love.

In case this is a little wordy, let me reduce this paragraph in the Biden Plan to eight words, with one word highlighted: “Religious freedom is a fundamental American value, but … .”

That’s everything you need to know. The “but” says it all.

As noted by Calvin Freiburger on LifeSite News:

First, the plan lists as a “top priority” enacting the so-called Equality Act, which would amend the 1964 Civil Rights Act to include “sex,” “sexual orientation,” and “gender identity” among expressly recognized “non-discrimination” categories in “public accommodations” (the definition of which would be dramatically expanded); and force employers of 15 or more people to recognize their claimed “gender identity,” forbid them from “discriminating” based on “sexual orientation” or “gender identity,” and mandate transgender “access” to sex-specific facilities.

Need I parse these words for you? Need I explain the implications of putting one’s self-perceived sexual orientation or gender identity on the same level as race?

This means penalizing faith-based adoption and foster care agencies which do not want to place children in same-sex households. This means government-sponsored persecution of Christian conservatives.

In December 2018, Christian educator Everett Piper responded to what he felt was a disastrous proposal by the Council for Christian Colleges and Universities and the National Association of Evangelicals. As Piper rightly observed:

They just conceded that human beings, human purpose and human rights will, henceforth, be defined by feelings and desires rather than by objective biological facts, free will and personal responsibility a position that, by definition, supplants the rights of real women and other true minorities who will now be required to forfeit their legal position, their personal privacy and even their own identity to those claiming to have equal status simply because of their dysphoric feelings.

The Biden Plan would codify such subjective feelings, branding those who differed as bigoted and hateful. That’s how extreme and draconian it really is.

In an article on Christian Headlines, Michael Foust notes that, “Biden’s 7,000-word plan would also ban conversion therapy, guarantee transgender students access to bathrooms and locker rooms of their choosing, and add a ‘third gender’ option on government forms for non-binary individuals.”

This is absolutely stunning.

I encourage every potential Biden voter to read this document carefully, grasping the full implications of the “but” that follows our religious freedoms.

Biden would make it illegal for someone to get professional counseling to deal with unwanted same-sex attractions or gender-identity confusion. And he would force schools to allow biological males to share bathrooms and locker rooms with biological females if the boys identify as girls.

In addition, Foust points out:

The Biden plan pledges to overturn a 2019 Trump religious liberty proposal that would allow faith-based adoption and foster care agencies to receive federal grants if they don’t place children in same-sex homes. The Trump proposal would reverse an Obama-era rule that prevented federal grants from going to any entity that discriminates on the basis of sexual orientation or gender identity. …

“As President, Biden will repeal the rule, if implemented,” the Biden Plan says.

This means penalizing faith-based adoption and foster care agencies which do not want to place children in same-sex households. This means government-sponsored persecution of Christian conservatives. And much more.

I encourage every potential Biden voter to read this document carefully, grasping the full implications of the “but” that follows our religious freedoms. In short, to repeat, it would mean the most aggressive, government-sanctioned attack on Christian values in our nation’s history.

That’s what you will be voting for if you vote for candidate Biden.