Their agenda, revealed by word search 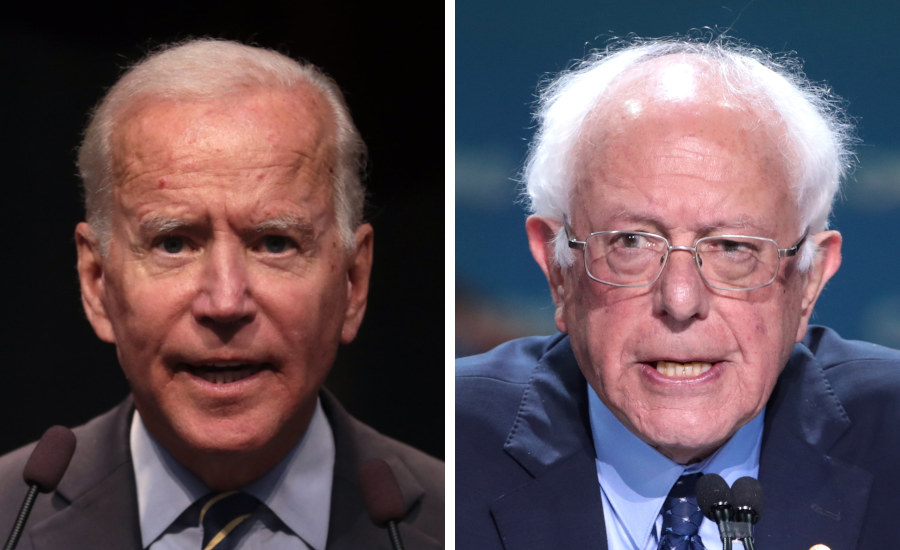 The 110-page, Biden-Sanders “Unity Plan” was released last month, but I failed to review it until just this week. Some key word searches yielded some very interesting — and revealing — results.

For example, God is never mentioned in the document. Not once.

Protecting Religious Liberty is Not a Priority

As for “religion,” that is found one time, specifically in the section dealing with private schools. It reads: “Prohibit the disbursement of federal funds to organizations or providers that discriminate based on race, sex, religion, disability, national origin, sexual orientation, gender identity, or immigration status.”

As for the word “faith,” it occurs four times. But two of those are in the phrase “bad faith.” The other two clearly refer to the Islamic faith, in this description of some of the alleged horrors of the Trump administration’s immigration policy: “banning people from traveling to the United States based on their faith or their country of origin” (repeated twice, verbatim, in the document). Accordingly, there are three references to Muslims and none to Christians or Jews.

Suffice it to say, then, that protecting the religious rights of Americans, especially American Christians and Jews, is not a focus of this plan. That, however, should occasion no surprise, since the Democrats last year boasted about being the party of the religiously non-affiliated. (For the record, “Israel” is mentioned but once, and in this benign context: “The United States will invite China, the EU, Israel, Sweden, Canada, the United Kingdom and other countries to be partners in designing breakthrough technologies through the Clean Energy Ministerial’s Carbon Capture, Utilization, and Storage Initiative and Mission Innovation.”)

Prepare for a Federal Mandate Violating Privacy in Public Schools

More importantly, “transgender” occurs twice, and in very specific contexts: “we will act expeditiously to reinstate Department of Education guidance protecting transgender students’ rights under Title IX and make clear that schools shall not discriminate based on LGBTQ status.” (This is repeated, although not verbatim, later in the plan.)

Put another way, young ladies in high school, get ready to have boys who identify as girls sharing your bathrooms and locker rooms, by federal mandate. And individual states, expect to lose your federal school funding should you refuse to comply.

But there’s more. We also find “LGBTQ” mentioned 17 times in the plan.

Exalting One Group Over Another for Political Correctness?

As for ethnic issues, “white” is found 19 times, “Native American” 17 times, “Latino” 14 times, and “brown” 8 times. In sharp contrast, “black” is found 50 times. Not only so, but while the words “white” and “brown” are spelled with lowercase “w” and “b,” respectively, Black is spelled with uppercase “B.”

Is this, then, the new way to fight equality, by exalting one group over the others, distinguishing Black from brown or white? Or is this simply a vivid example of pandering to the spirit of political correctness? Either way, it is bizarre to capitalize one description of color while leaving the others lowercase. This was anything but an oversight. Rather, it shouts intentionality.

A Plan to “Codify” Roe

As for “abortion,” is occurs only once in the document, but it is part of a major paragraph devoted to outlining the extreme nature of the Biden-Sanders plan. It reads:

Like the majority of Americans, Democrats believe that every woman should be able to access high-quality reproductive health care services, including safe and legal abortion. We will restore federal funding for Planned Parenthood, which provides vital preventive and reproductive health care for millions of women, especially low-income women and women of color, and LGBTQ+ people across the country, including in underserved areas. Democrats oppose and will fight to overturn federal and state laws that create barriers to women’s reproductive rights, including repealing the Hyde Amendment, and will work to protect and codify Roe v. Wade. We are proud to be the party of the Affordable Care Act, which made prescription contraceptives available free of charge to all women and has helped significantly reduce teen pregnancy rates.

So, in anticipation of the official Democratic Platform, this plan promises to overturn pro-life federal and state laws, repeal the Hyde Amendment (which former Vice President Biden supported for years until the 2020 primaries), and seek to codify Roe v. Wade. (According to The Cut, “Codifying Roe v. Wade would take the question of safe and legal abortion out of the Supreme Court’s hands by passing legislation in Congress that guarantees women in every state the right to unfettered access to abortion care. This would protect the right to choose even in the event that Roe v. Wade is overturned.”)

No Surprises, But Plenty of Reason for Concern

Of course, none of this was in any doubt, but it is still striking to see the words on paper. The Biden-Sanders plan is as pro-abortion as can be.

As for the rest of the plan, there are many more issues that could be addressed, but I simply focused on some of those that are of perennial concern to many evangelicals.

I also passed over head scratching statements like this: “The U.S. economy is rigged against the American people.” But of course. Who didn’t know that? A good, robust socialism will surely cure that ill.

Again, there are no surprises here. But there are certainly reasons for concern.