What The Sound of Music Doesn’t Tell You. The Captain Was a Bigger Hero Than You Thought 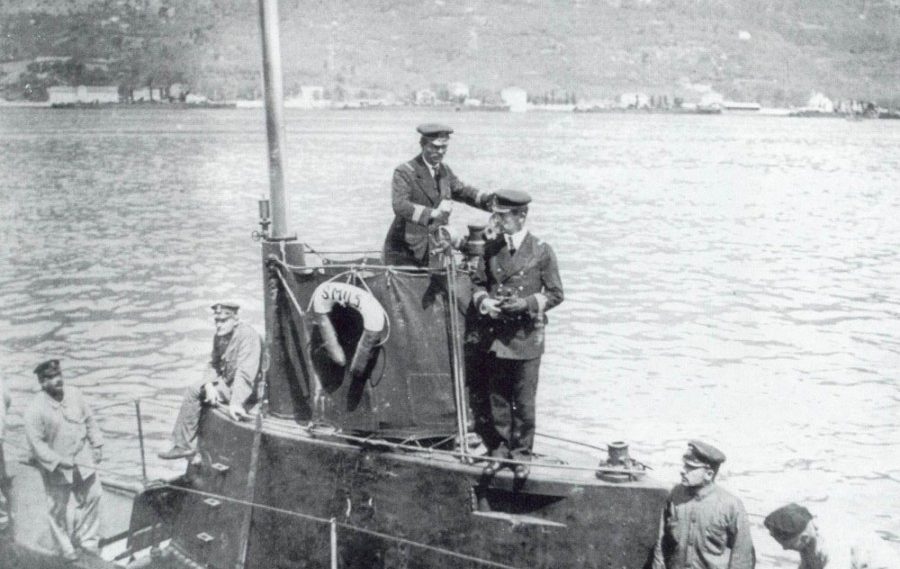 In the classic musical, a sprightly former nun brings musical joy and perfectly-choreographed balance to a large family. Eventually she even awakens romance in the brood’s patriarch. Together, they then make fools of Nazis.

The Sound of Music is a wonderful film. However, its caricature of Captain Georg Von Trapp conceals a true, and complex, hero.

Rodgers and Hammerstein chose not to complicate their musical with the details of Von Trapp’s service in the Austrian navy. On screen, his bosun’s whistle is used only to portray him as a eccentric martinet. His medals, briefly glimpsed in the wedding scene, seem like the glittery accessories one might expect on Prince Charming’s uniform.

They were not accessories. They were hard-won medals of valor from the life

of a valiant officer. The medals represented exploits from the storming of a Chinese fort to the sinking of a French cruiser.

Not that Von Trapp would have boasted of these exploits. He was a gentleman of the old school. That much, the film portrays correctly.

He was also a devout Roman Catholic, a man with an archaic sense of chivalry, and a loyal Imperial patriot. “The last knight,” he wrote reverently, “is our old Emperor.” He fought boldly and shrewdly for the old regime in World War One, using the newest of weapons, the submarine.

“The true soldier,” wrote G.K. Chesterton, “fights not because he hates what’s in front of him, but because he loves what’s behind him.” This was true of von Trapp. Yet the military historian adds to Chesterton’s formulation, “and the men beside him.”

Von Trapp felt strongly the bonds of comradeship. His sailors and fellow officers were drawn from the Austro-Hungarian empire’s many ethnicities and several faiths, and his memoirs make his appreciation for them clear. “I must be able to trust you and you must be able to trust me, if we are to be successful and want to bring our boat back safely each time,” he told his polyglot crew.

Peter Wolfgang’s A Politician Who Said No! to the Pro-Abortionists

They did bring the 105-foot U-boat back safely, with many notable successes. The most famous exploit of Von Trapp’s naval career came during the first year of World War One. In April, 1915, his U-boat sank the French cruiser Leon Gambetta, the most powerful Allied naval asset in the Adriatic Sea.

After a nerve-wracking, three-day stalk, he’d destroyed a 12,400 ton warship. And he’d done it with an undersized, obsolete, slow and ungainly submersible, prone to exhaust problems so severe that they routinely induced “gasoline stupor” in his crew of 19 men.

Von Trapp received the “Order of Maria Theresa.” This award was the Austro-Hungarian Empire’s equivalent of the Medal of Honor or Victoria Cross, and came with a knighthood. It didn’t take him away from active operations, however. His war patrols were just beginning, and he writes with insight and passion about the adventures of his crew and the moral dilemmas of war.

A patriot to the very end of his emperor’s empire, Von Trapp titled his memoirs To The Last Salute. It concludes with the final formal gun salute at the last lowering of his nation’s flag.

For Franz Josef’s empire was gone, at the end of the war. The new Austria would have no Emperor, no chivalry, and no navy whatsoever. Postwar boundary adjustments left the nation without a coastline.

Then, immediately after the war, his beloved wife Agnes died. Von Trapp was now a man who’d lost everything. Few would have suspected he still had a great act of leadership left to perform, and that it would overshadow the sinking of the Leon Gambetta.

In the classic film, his refusal to cooperate with the Nazis in 1938 seems noble, but of merely personal importance. He seems simply one among many, facing the carrot-and-stick, though he makes the right and difficult choice.

He was not just one more prominent Austrian, however, nor was the Third Reich’s offer a generic one. Rather, the temptation of Von Trapp was a targeted temptation. And not “targeted” like a primitive First World War torpedo, but like an accurate Amazon advertisement. It seemed calibrated precisely to his sensibilities.

The Germans Would Restore It All

This naval officer who has lost everything, has a chance to have it all restored — and at the expense of the Allies who had done much of the damage in the first place. If he cooperates, he will get back a naval uniform, rank and decorations, and a German-speaking empire to serve.

He will be able to mentor young officers who will hold him in the greatest respect He will even be able to commiserate with men of his own sensibilities and social class, within a German navy famous for its “Imperial” nostalgia.

He would not be given a dangerous command at sea. Von Trapp was far too old for U-boat command. He would help administrate a force with the finest submarines in the world, cutting edge-technology, and elite training.

But there was another consideration.

To The Last Salute, Von Trapp’s war memoir, was required reading for young Austrian officers. His Great War legacy had made him, not simply a national hero, but a leader others modeled themselves after. For him to take the “Führer Oath” would not be a private decision at all. His desk job and decorations would endorse the Reich. He would be held up as an example for others to follow.

It would also endorse the anti-semitism his personal hero, Emperor Franz Josef of Austria, had stood against, and which the bolder and wiser officials of his Church were speaking out against. Restoration of his military career would require the subordination, not just of that career, but of his faith, to the Third Reich.

Perhaps it was not entirely clear just how evil those priorities were in 1938. But Von Trapp still knew enough to go on. “I have sworn my oath of loyalty to only one Emperor,” he remarked, refusing to take the “Fuhrer oath” and turning down an invitation to Hitler’s birthday party.

Then, with less drama than the film portrayed, but with more at stake than most fans have ever considered, Von Trapp took his musical family to safety in America. He maintained his honor and avoided being drawn into the developing historic tragedy.

The rest is musical comedy.

Joe Long holds an M.A. in History from Georgia College and State University in Milledgeville, Georgia. He’s been published in Civil War Historian magazine, the Journal of the South Carolina Historical Society, the Journal of Asian Martial Arts, and at American Greatness online.