Why I am such a huge fan of WFB. 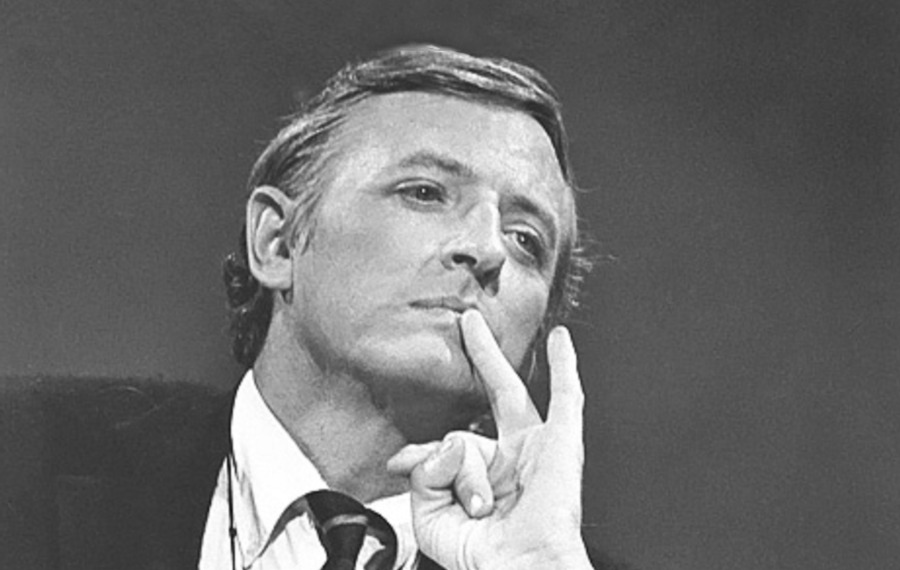 Arguably, without him, they wouldn’t have a conservative movement to join. Without him, we’d have no Ted Cruz, no Rush Limbaugh and Tucker Carlson, no Ronald Reagan and Newt Gingrich. And no Trump.

I’m talking about William F. Buckley. He’s my political and journalistic hero. I even have a cat named after him.

One of the Fathers

His unique style was unsuited to the 30-second-soundbite era we now live in due to social media. Buckley is one of the fathers of modern conservatism. He helped shape it, from the 1950s until the turn of the century. He died in 2008, at the age of 82.

It all began in 1955, when Buckley founded the conservative magazine National Review. It was a one of a kind. He brought together traditional conservatives, libertarians, and anti-communists into a single movement.

That wasn’t easy, but Buckley did it. It took all his intellect, charm, and years of hard work to combine people who fought each other before they fought the liberals. Doing it changed America.

Suddenly there was a serious intellectual force to combat the liberalism that dominated the government, the universities, and the media. The Republican party now had to pay attention to its principles, rather than being Democrat-Lite. Buckley made conservatism a player.

My parents subscribed to National Review, and I grew up reading it cover to cover every two weeks when it came out. I became mesmerized by Buckley’s style of writing. He influenced my own writing when I became a regular op-ed writer in 1997, starting out at the University of Arizona Daily Wildcat while in law school.

Buckley began a syndicated column in 1962 that ran until he died in 2008. He started a public affairs TV show in 1966 called Firing Line. It became the longest-running public affairs show in U.S. television history with a single host. It outlasted even The Johnny Carson Show, finally ending in 1999.

The show was known for Buckley’s friendly debates with ideological opponents. He modeled an ability to argue about hard questions without the anger that characterized so much of America’s politics. It was also known for Buckley starting the shows vertical and ending up horizontal, as he characteristically leaned farther and farther back in his chair.

Buckley had a charisma that stood out, he was one in a million.

Buckley helped fuse various factions on the right, including libertarians, pushing the party to the right to get Ronald Reagan elected president. Very few people could have accomplished this, many conservatives are simply too bombastic.

But Buckley had a charisma that stood out. He was one in a million. His transatlantic accent (a blend of American and English ways of speaking), which he adopted after studying in England, added to his appeal.

This ability to bring factions together was reflected in his writing. He would analyze an issue, pointing out the pros and cons of each side, and then often leave it unclear which side he came down on. His later articles increasingly reflected this style.

But Buckley also cleaned up conservatism’s image. He denounced Ayn Rand and the John Birch Society, and kicked out writers he thought were racist or anti-Semites from his magazine.

He had some controversial views, but many of them were merely the result of his libertarian leanings. Buckley described himself as a conservative libertarian. He advocated for the legalization of marijuana. This came at a time when few on the right did. He opposed the Iraq War.

Buckley also opposed the Civil Rights Act of 1964. He thought it encroached on states’ Tenth Amendment rights. He later regretted this position.

While he was generally very diplomatic, he had his share of provocative statements. In a 1986 op-ed he wrote for The New York Times, he suggested a remedy for the AIDS epidemic, “Everyone detected with AIDS should be tattooed in the upper forearm to prevent common needle users, and on the buttocks, to prevent the victimization of homosexuals.”

He was known for his strong defense of Catholicism. He wrote over 50 books, including one about his faith titled Nearer My God: An Autobiography of Faith.

The Best of Buckley

He coined the “Buckley Rule,” which states that National Review “will support the rightward-most viable candidate” for a given office.

Many things he wrote became legendary. “I would rather be governed by the first 2000 people in the Manhattan phone book than the entire faculty of Harvard,” was one of the most quoted. Another priceless comment: “The academic community has in it the biggest concentration of alarmists, cranks and extremists this side of the giggle house.”

“Idealism is fine, but as it approaches reality, the costs become prohibitive.”

He also defended his faith. “I find it easier to believe in God than to believe Hamlet was deduced from the molecular structure of a mutton chop.”

Once during a debate with his arch-nemesis, the leftist intellectual Gore Vidal, Vidal condemned capitalism. He said it allowed the rich to become richer while others remain poor. Buckley cleverly responded, “Freedom breeds inequity.” I kept one quote as my email signature for many years. “Idealism is fine, but as it approaches reality, the costs become prohibitive.”

Buckley stepped down as editor from National Review in 1990 at age 65. The magazine changed slightly after that. There were more endorsements of moderate Republicans like John McCain. There were fewer debates over issues.

The magazine started taking definitive positions on controversial issues on the right. Today, for example, most of its writers are #NeverTrump. This has upset many on the right. It is no longer the top magazine on the right. It has been replaced by sites like Breitbart and Townhall. (I write regularly for Townhall.)

Frustrated by the turn back in 2002, I launched my own website, Intellectual Conservative. I never had the funds (nor fundraising ability) to make it into much, but it did get me an email from Buckley.

My site attracted Buckley fans. One of my writers knew Buckley a little and wrote several articles about him in the 2000s. I was delighted to receive an email one day from Buckley. He asked for my writer’s address so he could send him a thank you note.

Buckley Had Class, Something Most Politicians Will Never Know

Buckley had class and a way of dealing with the left that most politicos today lack. Society has become so hateful and vicious when it comes to politics. Buckley always got along with his political opponents. He frequently had them on his TV show. He could debate them without resorting to names, profanity or anger. (OK, there was one famous exception.)

He was gifted with words. He’d frequently drop big words into regular conversations. His speech and writing style was described in newspaper and magazine profiles as sesquipedalian. This means characterized by the use of long words.

The younger generations could learn a lot by studying Buckley and his ability to debate without resorting to name calling and anger. He made politics respectful. That is something that is sorely lacking today.