Should Christians Try to Think the Best of Our Enemies’ Motives? Or Is That Just Stupid? 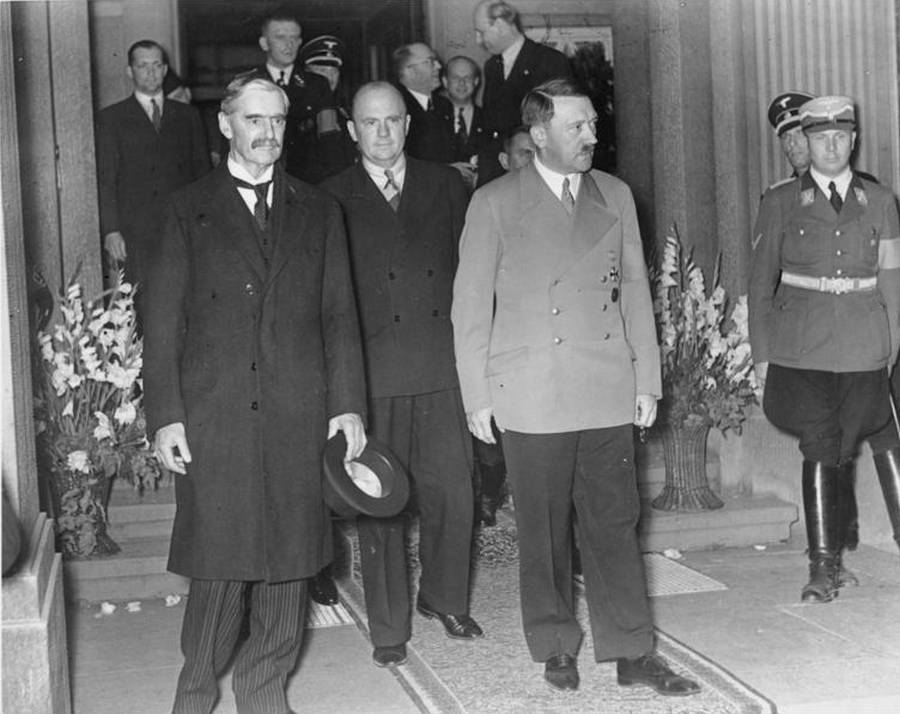 In day-to-day life, it’s an excellent practice to try to assume the best intentions, where possible, of the people you encounter. At least as a starting point. I just finished an international trip which included a great deal of racing with heavy carry-on bags between far-distant gates on short timelines, to avoid getting stranded for hours or even days.

As I miserably schlepped my bags with an aching back through baffling foreign airports, I found myself fighting within not to let my frustration get the better of me. It would have done me no good at all to assume that weary travelers in front of me were intentionally going slow, in order to make those of us behind them miss our planes. Or that the custom officials were being willfully obtuse, exploiting their authority to herd us all like cattle because they were power-mad tyrants.

Forcing oneself to see the other’s point of view, and assume honest intentions, is crucial to avoiding intemperate tantrums and ugly public scenes — such as the one where I lost it Thursday evening, and started actually shouting at a U.S. Customs official. That wasn’t good, and didn’t help.

I Respectfully Refuse the Prize Because I Hate Flying

Nor would it really help me if I kept to the vow I intemperately took later that evening: I’m never getting on a BLEEPING airplane again, not even if they promised to fly me first-class, non-stop, to Stockholm to collect the Nobel Peace Prize. I won’t feel bound by that. If that comes up, I think that I will in fact stoically steel myself and go accept it. Probably.

However, on my trip I was reading on Kindle a deeply sobering book, The Rise and Fall of the Third Reich, by William Shirer. In fact, I was reading the section on how Neville Chamberlain rolled out the red carpet for the Nazis to dismember and crush the innocent, democratic nation of Czechoslovakia. At the time, the German army was pitifully weak — not much larger than the Czech army, actually.

At the slightest firm resolve on the part of France and Britain to keep their word (and formal treaties), Hitler’s march to dominance would have collapsed, along with his government. A cabal of German generals, afraid of losing another war, were committed to overthrowing the Nazi dictatorship, if Britain or France seemed likely to fight. They even let Britain know this. (Their effort to tip off the Brits is the plot of the recent pre-war Netflix thriller The Edge of War.)

Walk a Mile in Adolf’s Jackboots

But Neville Chamberlain, and his French counterparts, were committed to caving. Traumatized by the pointless First World War, they were desperate to avoid, or even postpone for a while, the prospect of fighting the Nazis. So Chamberlain and his allies willfully blinded themselves to evidence, bent over backwards, and twisted their minds into pretzels in order to … interpret the Nazis’ behavior “charitably.” To see the Nazi point of view. To walk a mile in Adolf’s jackboots, if you will.

So the British took seriously the Nazi claim that the democratic Czechs were mistreating Sudeten Germans. That all ethnic Germans had the right to unify and live in one common nation. That the Sudetenland would be, as Hitler promised, his “last territorial demand.” So that Chamberlain could fly back to London with a piece of paper that represented “peace in our time.”

We all know how that worked out.

A “Charitable” Interpretation Can Kill

But the point still stands: There is no moral imperative for anyone, Christian or not, to assume the best intentions of other people in each situation. What’s helpful in everyday interactions with total strangers can backfire wildly in political confrontations with our enemies. The worse your enemy’s track record has been, the less excuse you have for taking his claims at face value, or even assuming that his motives are sincere.

It’s crucial to shift perspective here, and see that reading the intentions of your enemies isn’t a moral question at all. It’s a cognitive one. When you ponder the question of why your opponents act as they do, you’re not seeking some tidy little conclusion that proves to Jesus “I’m a good-hearted, generous person, aren’t I? Now give me a gold star, Lord!” No, you’re seeking the truth.

How to Assess Your Enemies

So let’s consider from a cognitive, truth-seeking point of view, what’s helpful about considering multiple alternative theories about your enemies’ motives.

By letting yourself consider the worst when assessing an enemy’s motives, you can figure out how ruthless he might prove out to be, and how poisonous his principles really are. Conservatives who saw same-sex marriage as the destruction of all natural standards in law, and the gateway to depravity, were willing to consider the worst. We peered down the slippery Gadarene slope that leads down to the sea.

And so we could predict that “throuples,” transgender madness, and the manifest grooming of children by pedophiles, were right around the corner. We wouldn’t have foreseen any of that if we’d forced ourselves to believe in Andrew Sullivan’s happy-clappy picture of polite, suburban couples living monogamously in Cape Cod bungalows, adopting Persian cats.

Treat Your Enemies as Steel Men, Not Straw Men

Conversely, however, it’s also useful — cognitively, as a truth-seeking tool, which is all that matters here — to try things the other way round.

If you assume the very worst of your enemies’ motives, you’re likely to oversimplify your picture of what they’re up to, and underestimate the appeal of their rhetoric. You’ll miss the nuances of the stories they tell themselves and the slogans they use to recruit people. You’re likely to lazily wave off the insidious power of enemy rhetoric.

Let’s try this in the hardest case, that of the Nazis. Yes, they were bandits and murderers, the lowest scum of Germany, who’d managed to grab total power at a moment of national crisis. But if you left your assessment at that, you would have grossly underestimated their power and appeal. You might have decided that like most bandits, they would be cowards, who’d stick to easy targets and flee at the first sign of resistance. Tragically, they weren’t.

The Nazis also managed to cobble together a powerful false religion, and convert millions of people to believe in it fanatically. They even converted themselves, which is why we saw so many grimly fight on, long years after the last hope of genuine victory was gone.

Even the ugliest single aspect of Nazi evil, anti-Semitism, ought to be taken seriously. No, the Nazis weren’t simply seizing upon some easy scapegoat, for the sake of riling up the mob. Their leaders actually convinced themselves, by demonic “logic,” that Jews were a deadly virus that threatened the human race with slavery, then extinction. That’s why they diverted trains and troops away from fighting off the Soviets, to the cause of slaughtering highly-educated, peaceful, patriotic civilians. They really believed in what they were doing.

They were sincere, which is why we couldn’t negotiate, but had to utterly crush them. Keep that in mind, as you think about Progressives and the Culture of Death to which they’re committed.

Why the Democrats Keep Speaking and Acting Like Nazis. A Lesson in History.