A Politician Who Said No! to the Pro-Abortionists 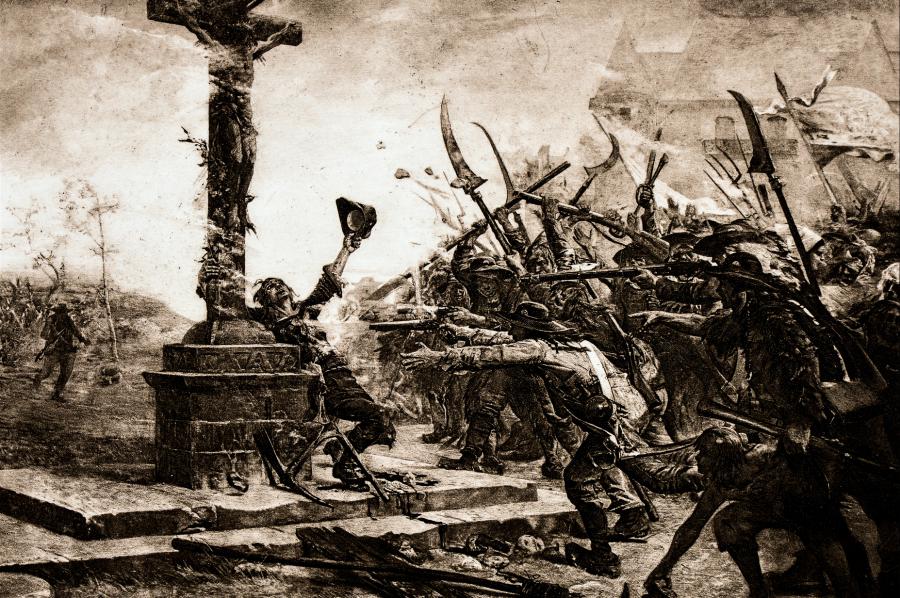 A hero died last week. He was a Catholic politician, the kind you don’t see much anymore. Especially in New England.

Here are the bare bones facts of his life: He had a doctorate in psychology and a law degree. The governor of Connecticut appointed him the state’s first State Victim Advocate in 1999. He served for eight years before retiring. The Archdiocese of Hartford ordained him a deacon in 2004.

Jim Papillo was not just a deacon. He was a Thomas More in a Nancy Pelosi era. A political paragon of Catholic courage in an age of Catholic cowardice.

But in 1984 then-New York Governor Mario Cuomo weaponized Kennedy’s speech against his fellow Catholics. In an infamous speech at Notre Dame, he argued that to protect the unborn was to impose Catholicism on the United States. In doing that, he misrepresented Catholicism and the Constitution. I took apart Cuomo’s lethal legacy here.

By the 21st century, the question was no longer the possibility that Catholics might impose their faith on the government. It was the reality that the government now sought to impose its radical pro-abortionism on Catholics and Evangelicals alike.

Anyone familiar with the depressing course of recent history knows what I mean. Catholic nuns told to provide abortion drugs. Evangelical adoption agencies told to place children in homes with same-sex couples. Both threatened with ruin if they didn’t agree. And on and on.

You would think Catholic politicians would have stood up to it. Decades of hiding behind Cuomoism deadened their consciences. They didn’t even notice that this was something new. They stuck with the non sequitur that they were “personally opposed,” but had to promote the law of the land.

But not all of them. Here in Connecticut, one of them realized that that the culture war against faith in our country had reached a dangerous new phase. He stood up to it. Even though it cost him his job.

Joe Long’s’s The Heroism of Captain Georg Von Trapp. What The Sound of Music Doesn’t Tell You

He didn’t simply “retire” from his position as State Victims Advocate. He was an early victim of the coming onslaught against religious liberty that we all fought in the 2010s.

In 2006, Chris Murphy was a 32-year-old state senator making a lightning-quick ascent in Connecticut politics. Later that year he would be a congressman. Today, he’s a U.S. Senator.

As co-chairman of the Public Health Committee, Murphy sought to pass a law forcing Catholic hospitals to provide the abortifacient Plan B drug. Papillo stopped him cold in his tracks.

Liberals like Murphy expected that as Victims Advocate, Papillo would be a star witness for the bill. He got to the microphone as the public heating began. He shocked the capitol by vigorously testifying against it.

Pandemonium in the Hallways

The building went nuts! There was pandemonium in the hallways. The pro-abortion lobbyists that practically live there surrounded Papillo. They started screaming at him. The capitol police had to step in for his own protection.

His career was toast after that.

The Democrat lieutenant governor held a press conference calling for his resignation. The Republican governor refused to reappoint him. And the bill still passed the following year. But he was a hero to pro-lifers in Connecticut. Now he’s gone. He preached with his life, not just his words. But he had the last laugh.

In 2009, Papillo brought 60 seminarians from Holy Apostles College to the state capitol to help us lobby for a religious liberty law in the wake of our state court’s same-sex marriage ruling. Thanks in part to him, and the seminarians he brought, we secured some of the strongest religious exemptions in the country.

He Must Have Known

The hit against Papillo in the Plan B fight was that he had put his private religious faith above his public duty. He did no such thing. He spoke against two things that are wrong whatever you believe: killing the unborn and denying religious freedom.

Jim Papillo must have known how the liberals would react. He knew how to avoid getting in trouble. Do the Cuomo thing. He was not intimidated by that stupid fallacy behind which so many other Catholic politicians hid. No, he didn’t lie to keep his job. He told the truth.

RIP, Jim. And thank you.

This is the third in our political heroes series. The first two are David Mills’ Sargent Shriver, Old-time Democrat, Trusted God, and Shook the Hands of Lepers and Rachel Alexander’s William F. Buckley Jr., Lost to the Younger Generations.