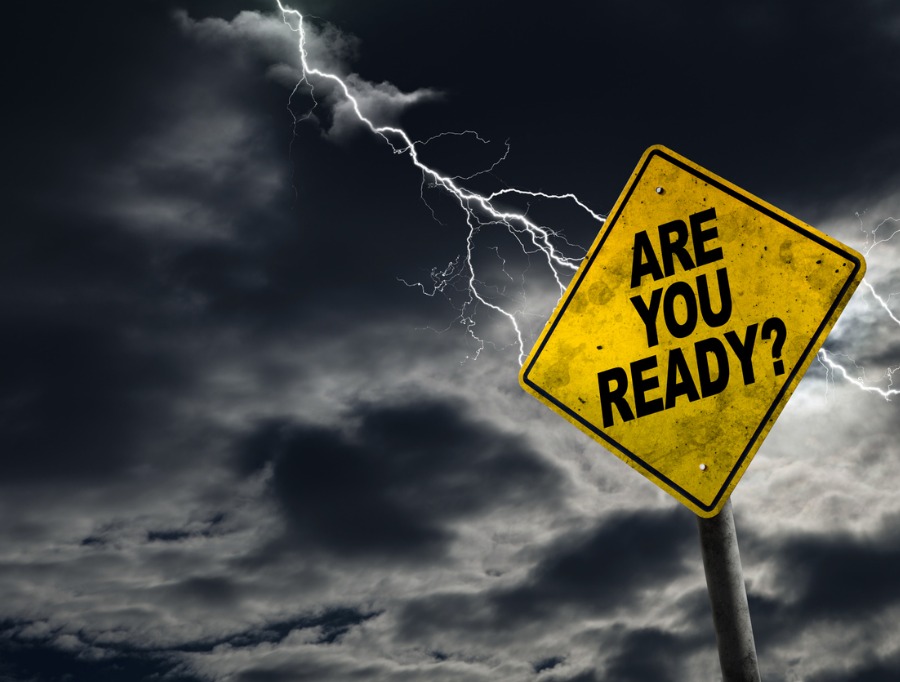 We’ve been raising this warning for years, and the Church hasn’t listened. The time for warning is now reaching its end. A wave of anti-Christian hostility is poised to crash on the church, and I don’t mean someday in the far-off future, but sometime very soon.

I say “we,” meaning not just myself and not just The Stream, but a large number of godly, perceptive men and women from all branches of believing Christianity. We’ve been practically jumping up and down trying to get Christians’ attention. Maybe the wave itself will have to crash over us before the Church finally wakes up. How much better would it be if we’d come alive before it hits!

It’s coming, make no mistake about it. Our culture’s views on truth, life, morality, family, economics, and the Christian faith have been trending downward for decades. As this simple diagram illustrates, though, it’s been slow and gradual, like the “a” portion of the chart: definitely heading the wrong direction, but gradually, a little at a time, week by week, month by month, year by hear. Christians may bemoan the trend, but too many have treated it as if it were “out there” somewhere, not something that has any real impact on how we live in the world. We haven’t liked it, but we’ve shrugged our shoulders and gone on with church as usual.

Over the Gadarene Cliff, into the Sea 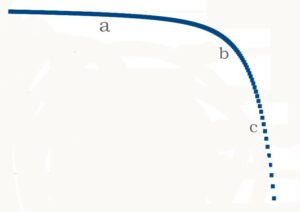 Those days are over. Look back over the last 18 to 48 months, and you’ll see it: The descent has quickened. We’ve slid to point “b” on the graph now. The accelerating pace of the trend really ought to shake us fully alert.

I don’t know if we have a point “c” coming. I do know it would be foolish not to prepare for it. Last week’s anti-Roe decision may even prove to be the turning point.

Left-leaning politicians have been quick to express, expressing “horror,” calling our own Supreme Court’s actions “sinister.” Words like these could turn explosive — against Christians. It’s one thing to say such a thing in times of normal politics, but quite another to speak it when even our own Department of Homeland Security is predicting “weeks of violence.” The country is set to explode, leftists groups are calling openly for attacks, and these politicians stand there virtually tossing gasoline-soaked rags into the situation.

We’ve already seen one suspicious fire at a Colorado crisis pregnancy center, windows smashed and “kill the Supreme Court” spray-painted on a wall in Portland, and more violence erupting across the country.  Peter J. Hasson tweeted the ominous notice, “Two pro-choice professors published a nationwide map with pro-life clinics’ exact addresses. Anarchists are using it pretty much exactly how you would expect.”

Two pro-choice professors published a nationwide map with pro-life clinics’ exact addresses. Anarchists are using it pretty much exactly how you would expect. https://t.co/qRtnveqjGB

But this is really not so new. Large swathes of influential people have long been seeking actively to upend Western civilization. These revolutionaries range from homosexual activists to economic power-brokers, and they’ve set their gun sights on traditional ideas, beliefs, and moral standards, everything from who God is to what it means to be human. They’ve targeted Christianity in particular.

In the process they’ve set the Western world teetering the verge of one of the greatest crises in world history. And now we who follow Christ could are staring down a challenge that could be completely unprecedented. Are we ready? Not even close.

The New and Unique Challenge We Face

I say that with no intent to discount the severe persecution so many Christians have suffered in other times and places. What we face isn’t worse than that, but it most certainly is different, therefore unprecedented, in ways that will leave most of us completely unprepared. We’re not ready for the choices we’ll have to make, and we’re really not ready for the consequences that may come from them.

Three factors make our situation unlike any that have come before:

The country is afraid. The whole world is afraid, more than any time than at least the last world wars. I could argue that it’s even worse this time, because we’re not afraid of some foreign invasion. We’re afraid of ourselves.

Some say this fear has been engineered by the government, to induce us to accept tyranny. I think there’s truth in that, but even if you disagree, you can at least see it represents. It’s yet one more version of our fearing ourselves, our own countrymen.

This fear is everywhere. COVID had us all deathly afraid of one another. Guns scare people to death (some people, that is).  We’re afraid a stranger will steal our kids, but we’re afraid of our neighbor, too, who’s overstepping his carbon footprint, leading the world into global disaster. Or, vice versa, we fear the neighbor who has blown “global warming” up into a false panic.

No Anchor Lines for the Secular

I’m sorry to say this, but it gets worse, at least for those who don’t know God, for this fear comes with no anchor line of truth by which we can drag ourselves back toward hope.

Science can’t do it for us: Politics and worldview bias have killed our trust in it as a source of truth.

Western culture is led in large degree by persons who have marked believers out as the problem.

The government is no help: Evidence keeps mounting that the last presidential election was stolen; or, if you disagree with that, you must acknowledge that America’s confidence in our elections has been ripped to shreds. And when a nominee for the Supreme Court can’t say what a woman is, truth has indeed been cut loose of any solid footing.

Prosperity won’t do it for us: Skyrocketing prices are pushing us inexorably toward a new depression. Unlike the Great Depression of the 1930s, however, this will be a double or even triple depression. On top of that, truth is being majorly repressed (one might say depressed) by the major media, apparently trying to hide the magnitude of what we’re walking into. And for a third blow, the World Economic Forum is led by a billionaire who seems to think that all this is good for us.

Fear, Distrust, + Someone to Blame = Violence

Psychologists Jillian Peterson and James Densley did a study on mass shooters, and discovered two key common factors that enter into our broader situation.

First, shooters carry severe emotional pain due to abuse, neglect, rejection, or other childhood physical or emotional mistreatment. Worse, it has reached the point where they will consider suicide a good option. Shooters know they won’t survive. It’s an act of suicide, say Peterson and Densley.

Second, shooters have identified some group they can blame for their pain. That’s the one chief thing differentiating shooters’ suicides from typical, individual suicides: The shooter is taking the “enemy” out with him as he goes.

We Have Been Marked as the Enemy

This has ominous implications: Western culture is led in large degree by persons who have marked believers out as the problem.

We are the “haters,” the “intolerant.” Christians are the ones stockpiling guns and causing mass shootings (not even remotely true, but the prejudice still works to get us counted as enemies). We’re the ones who voted for Trump, and are thus responsible for the continuing climate crises.

We’re the ones who caused super-spreader events (again, it doesn’t have to be true, it only has to be the perception) by insisting on holding church during the pandemic. Now we’re the anti-vaxxers. And we’re the ones causing LGBT people so much hardship, denying women their “choice,” and fomenting “white nationalism.”

With severe fear and anxiety marking the entire culture, and Christians being identified as the problem, do you see what that means? It’s dangerously similar to the factors that make people decide to become shooters, and lead them to choose us as their targets.

I sincerely hope I’m wrong about what I’m saying. The trend has already slipped far enough in that direction, though. The danger looms large enough, we should prepare for it anyway. Practice up for it. Now.

This is a situation like none before. I’ve explained briefly here what makes it such a critical moment, but so far I have not spoken all the factors that are likely to catch Christians unawares and off guard. That part will come in my next column here. Along with it I’ll address the hope we have, and what could also make this an unprecedented opportunity for Christians. It all depends on how we prepare, and how we respond.