Plus the week's biggest optimist. 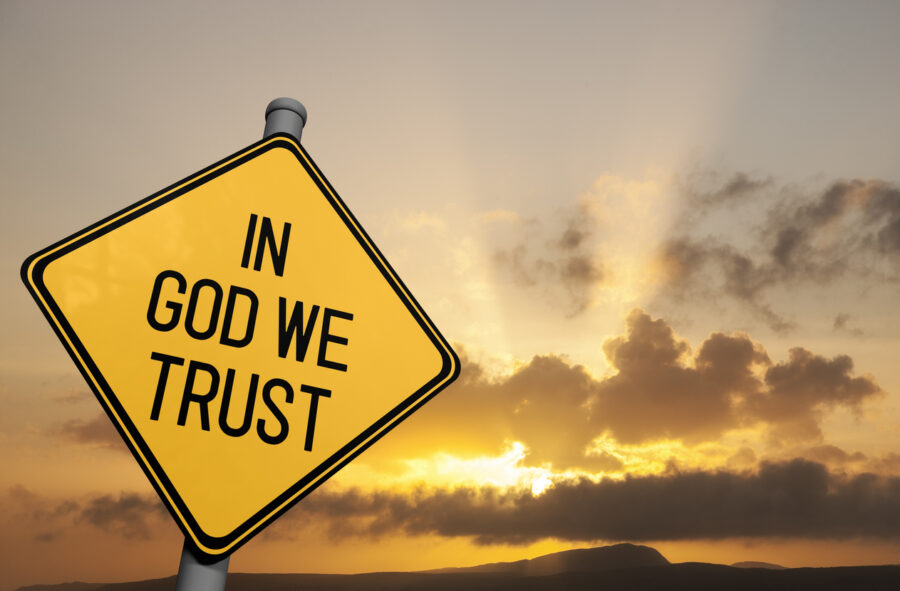 Are you thanking God it’s Friday?

A partial victory for transparency. The judge that signed off on the Mar-a-Lago raid ordered the DOJ to come back in a week with their suggested redactions to the affidavit used to justify the warrant. The Trump team and the media want the whole thing released.

Don’t know why they need a week. Could have just told the judge: “We’re redacting anything we haven’t leaked already.”

Judge Bruce Reinhart said he’s “not prepared to find that the affidavit should be fully sealed.”

Our Aliya Kuykendall has the full story of yesterday’s hearing.

And tomorrow, make sure not to miss her weekly installment of “Sunny Side of the Stream”! It’ll tug your heart and tickle your funny bone.

Snatching a Busload of Kids Used to Be a Crime

Grabbing a bunch of kids on a bus used to make you a criminal. Now it makes you a government contractor.

Frederick Woods was paroled Tuesday. Who’s Frederick Woods? In 1976, when Woods was 24-years-old, he and two other men kidnapped a bus full of school children in Chowchilla, California. It’s the largest mass kidnapping in U.S. history. The trio drove the 27 children 100 miles to a moving van buried six feet in the ground. Yes, they buried the kids alive and demanded $5 million ransom. Thankfully, the children were able to dig their way out after 16 hours and escape while the trio slept.

On Tuesday, Woods — now 70 — became the last of the kidnappers to be paroled.

Perhaps he can join the Biden Administration. His particular field of expertise could prove useful. Earlier this week, The Post Millennium broke the story of a whistleblower who claims the Biden Administration is rounding up an estimated 8,000 to 10,000 unaccompanied illegal immigrant children per week, and shipping them around the country … and is routinely handing them off to unvetted “sponsors.”

The ax had been hanging over CNN’s Brian Stelter like mistletoe in a Hallmark movie. Thursday the ax finally fell on the network’s media analyst and host of dreadfully rated Reliable Sources. Stelter announced the news to NPR.

“It was a rare privilege to lead a weekly show focused on the press at a time when it has never been more consequential,” he said.

What he didn’t say: “I’m sorry I will no longer be providing easy fodder for Gutfeld’s late night show.”

Stelter was a particular pet of former CNN head Jeff Zucker. Once Zucker left under a cloud and new CNN chief Chris Lintz took over, the notorious party line pusher’s days were numbered.

Donald Trump has a near perfect batting record of endorsing primary winners. He decided Wednesday night to take that record out for a humorous ride, issuing fake endorsements for two Democratic candidates.

First came an endorsement for Dem. Candidate Dan Goldman who was the lead counsel for the Democrats in the first impeachment.

“Lawyer Dan Goldman is running for Congress, NY-10, and it is my great honor to Strongly Endorse him,” Trump said on Truth Social. “I do this not because of the fact that he headed up the Impeachment Committee and lost, but because he was honorable, fair, and highly intelligent. While it was my honor to beat him, and beat him badly, Dan Goldman has a wonderful future ahead.”

He then “endorsed” Rep. Carolyn Maloney in her N.Y. primary against Rep. Jerry Nadler.

“[Nadler] is high energy, sharp, quick-witted, and bright. You can’t go wrong with either, but Carolyn Maloney is the better man. She will lead our country into a very GREEN and prosperous future. Carolyn has my complete and Total Endorsement, she will never let our Conservative Movement down.”

Maloney’s response was just plain sad. “This is laughable and I reject any endorsement from Donald Trump,” she tweeted.

Lady, it is laughable. That’s the point. Have a sense of humor. How many votes did you gain by being grumpy? How many votes might you have gained had you shown a bit of wit in response?

Optimist of the Week Award

And the winner is … Liz Cheney. Rep. Cheney lost her primary by 37 points, and it would have been much worse had Democrats not crossed over to vote for her. Yet, she thinks she’s going to pull off an Abe Lincoln-type comeback and become President of the United States.

The ‘You Might Want to Sit This One Out, Sparky’ Award

Last week, Financial Times editor Edward Luce snarked out a tweet declaring, “I’ve covered extremism and violent ideologies around the world over my career. Have never come across a political force more nihilistic, dangerous & contemptible than today’s Republicans. Nothing close.”

Former CIA Director Michael Hayden retweeted, adding: “I agree. And I was the CIA Director.”

I agree. And I was the CIA Director https://t.co/LRAHDDyy4n

So he thinks Republicans are the most dangerous political force on earth. Not, say, radical Islam. Perhaps that is why 9/11 happened on his watch and under his nose.

Hayden was also one of the 50 former Intelligence officials who declared the Hunter Biden laptop revelations “Russian misinformation” in October 2020 in order to help fix the election for Joe Biden.

Finally … ‘In God We Trust’ Returns to Texas Schools

Along with books, backpacks, new threads and old friends, something else is returning to Texas schools this year: The national motto. A new Texas law requires schools to display “In God We Trust” banners, if the banners are privately funded.

And sure enough, the banners are showing up.

Similar signs have been donated to Carroll ISD schools and the Yellow Rose of Texas Republican Women group has posted photos to social media of the signs they have donated to @CyFairISD schools. pic.twitter.com/318dEUt1XK

The Yellow Rose of Texas Republican Women group is just one of the organizations funding the banners that are popping up in schools across the Lone Star State.

The law’s sponsor, State Rep Tom Oliverson told KHOU, “We just felt like it was a great opportunity to display our national motto in our public schools.

John Zmirak comes out smoking with “Are You an ‘Election Denier?’ a ‘Christian Nationalist’? Or Maybe Just a ‘Kulak’?”

Part Two of David Marshall’s series, “The Decline of Christianity: Time to Gloat?”