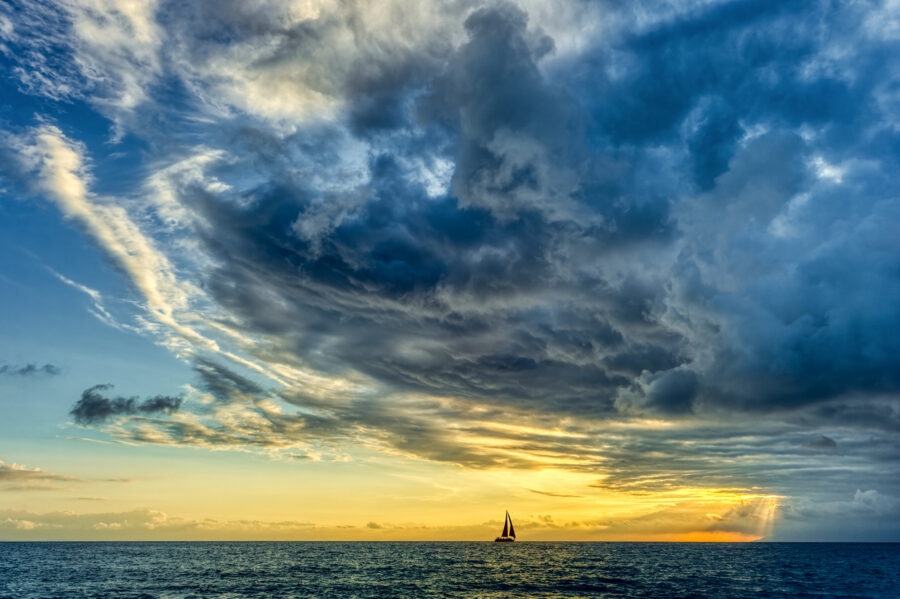 So much going on, we’re going to have to do an extra Brew, which will be posted on The Stream website later this morning.

First up, the latest on what Devin Nunes calls “an investigation in search of a crime.” You know Devin Nunes. He’s the congressman who uncovered the fact that the Steele Dossier and subsequent FBI investigation were hoaxes. And was relentlessly attacked by a media that was all in on those hoaxes. Why does the news feel like the movie Groundhog’s Day?

Report: DOJ Rejected Trump Team Request for a Special Independent “Master” to Look Through the Documents

Fox News broke the news Saturday night that the FBI’s haul included documents protected by attorney-client privilege and executive privilege. More ominously, Trump’s team asked that a special independent “master” be appointed to go through the documents to separate out the documents and material that were no business of the DOJ’s. The DOJ refused. Why, you have to wonder?

Only one reason makes sense: If you are casting as wide a net as possible to entrap and prosecute your political opponents you don’t want any potentially damaging material to escape. Also you’ve got the calendar. A special master might take a few months to go through the documents … in other words, past the midterms. And since this whole business is about power, not due process, the DOJ just can’t have that.

Classification? Trump’s lawyer certified in June that the former president didn’t have any more classified material.

Former President Trump had a “standing order” that anything he lugged around was declassified. Plus, according to Kash Patel, he specifically declassified a lot of the documents in question that pertained to the Russia Hoax. The same Russia Hoax perpetrated in part by the same FBI unit that raided his house. The same FBI unit currently being investigated by John Durham. And you thought shopping on Amazon.com was convenient.

Still, just as with the Mueller investigation, Trump was telling the Feds, “Look at whatever you want. I have nothing to hide.” And he did the same by approving the release of the warrant. Said it before, once you’ve had your wife and mistress fight it out on an Aspen mountain in front of tabloid photographers, what secret is going to embarrass you?

Trump also rejected the Washington Post allegation that the urgency of the raid was because he had sensitive documents relating to nuclear weapons.

Apparently, Trump was planning to release secret documents about Israel’s nuclear program. Oh wait. That was Barack Obama. My bad. Or he was going to leak a deal Israel made with Azerbaijan to help facilitate a strike against Iran’s nuclear weapons plants. Oh wait. That was Obama too.

Speaking of Obama, isn’t it funny how the media made a federal case out of people just wanting to see Obama’s school records, but have no problem with the Feds rummaging through Trump’s wife’s wardrobe?

The Espionage Act? Thanks, Woodrow.

Two weeks ago, Biden forgot that he was president. Now he remembers that he’s president. President Woodrow Wilson.

Still, the FBI is claiming in its warrant it is investigating Trump for possible violations of the Espionage Act. Fitting, as Rand Paul pointed out this weekend, the Espionage Act was first passed and used by the progressive Wilson to imprison his political opposition during World War I.

The Espionage Act was also used by the Obama-Biden Administration to target then-Fox News journalist James Rosen. You can’t teach an old dog new tricks, but an old dog can still do dirty tricks.

Sen. Paul is calling for the Act’s repeal.

After news broke about the warrant including the nice and shiny “Espionage Act” allegation, a former CIA Director and an MSNBC contributor called for Trump’s execution. As Just the News reports, both spook Michael Hayden and talking head Michael Beshloss intimated on social media that the former president should face death.

Hayden is one of the intelligence community big shots who lied about the Hunter Biden laptop being “Russian misinformation” in order to affect the 2020 election. Calling for a political leader’s death after helping fix an election against him? Let’s talk about crimes against the state, shall we, pal?

You might be tempted to dismiss the execution comments as the wild ramblings of those suffering serious Trump Derangement Syndrome. However, The Stream’s John Zmirak has an ominous warning this morning outlining the parallels between the FBI/DOJ’s mad six-year pursuit of Trump and the FBI’s search-and-destroy mission against Dr. Martin Luther King. It’s called “Donald Trump is the MLK of the Working Class and Christians. No Wonder the FBI is Persecuting Him Too.”

During his statement the other day about the raid on Mar-A-Lago, Attorney General Merrick Garland made the hysterical claim that the bureau ensures such warrants and raids are of “narrow scope.”

Merrick Garland went on camera yesterday and falsely claimed without blinking an eye that the FBI raid to search Trump's home was "narrowly scope[d]."

Sure. All his force was looking for was “any governmental and/or Presidential Records created between January 20, 2017 and January 20, 2021.” Yep, all the documents Trump had anything to do with from the moment he was inaugurated until the moment he left. Not like they wanted a kidney or anything.

Point One: No doubt the same IC that declared Hunter Biden’s laptop Russian Disinformation will do a fair and impartial job.

Point Two: Do you know a formal damage assessment was never done to find out just how horribly Hillary Clinton damaged our nation when she unzipped tens of thousands of classified emails for our enemies to see?

Yeah, perhaps it was a coincidence that nearly our entire network of assets in China was rolled up around the time Hillary flew to Beijing with her unsecure phone. Or that Iran executed a nuclear scientist named Sharham Amiri after he was mentioned several times in Clinton’s emails in a manner that made it clear he was a “friend” to the U.S.

But we’ll never know for sure.

Raymond Ibrahim reflects on the stabbing of author Salman Rushdie in “Death to Blasphemers: Islam’s Ancient War on Critics of Muhammad.”

The Discovery Institute’s Jonathan Wells offers “Transgenderism is Like Dividing By Zero”. But what does he know? He has only got a PhD in biology.