Sunny Side of The Stream: Heroic Father, Football Star Who Nearly Drowned When Rescuing Children Now Off Ventilator 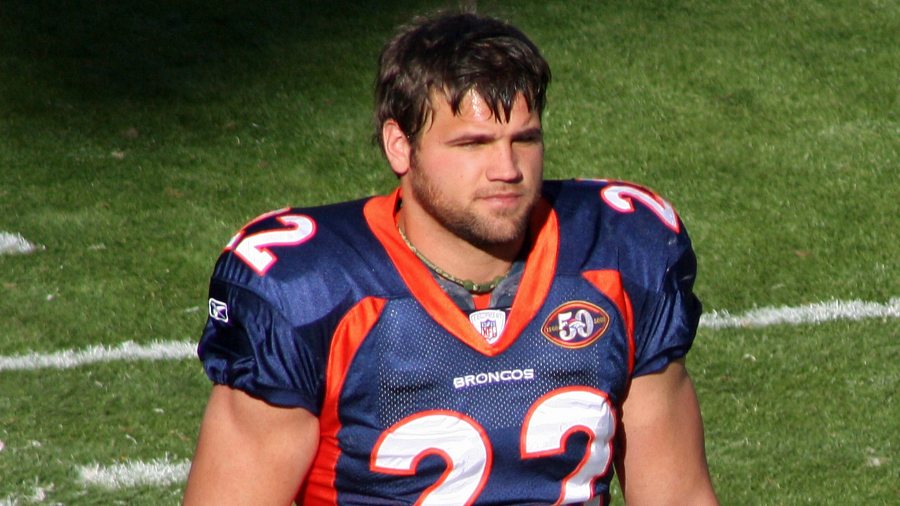 Former NFL running back Payton Hillis is off the ventilator, his girlfriend Angela Cole announced in an Instagram post. She called him a “hero” and asked for continued prayers as “he’s still got a ways ahead of him.”

Hillis rescued his children from drowning in the Gulf of Mexico Jan. 5. He nearly drowned himself and was airlifted to the hospital. KNWA reported shortly thereafter that he was unconscious and in ICU.

Thinking about our man @thepeytonhillis. Encouraged to learn he's doing better after his heroic act saving his family.

Hillis’ uncle, Greg Hillis, wrote Thursday on Facebook that he talked with his nephew on the phone:

I told him about all the prayers being lifted up on his behalf and he’s so grateful for that. I also told him God has something very special in mind for him or he wouldn’t still be here with us!!! I believe this with all my heart and I think he knows and understands that!!! He assured me he would always remember this.

When sportscaster and former NFL quarterback Robert Griffin III posted on Twitter an acknowledgment of God and prayer as the sources of Hillis’ recovery, he was met with a flurry of oppositional comments, such as, “Amazing how a grown man thanks the prayers instead of the ventilator.”

There is POWER in prayer! Peyton Hillis is off the ventilator and doing much better in his recovery. Awesome job by the medical professionals caring for him. https://t.co/nb6lx33tfw

It’s amazing how proud humans can be, not realizing every breath and every ability we have comes from God, and He holds all things together. We praise God for using Hillis to save his children’s lives and for using modern medicine and medical staff to save his life.

Let’s ask God for continued healing for Hillis physically, and even more importantly, for Hillis to have a deeper revelation of God’s love and to follow God faithfully all of his days.

Pro-life advocate Ryan Bomberger posted that he just learned the name of his birth mother. He’s written a song in tribute to her and a public letter to her before. (Find both here.) Now he knows her name is Sharon. He posted a link where he shares more, including this: “Despite being a victim of rape, she did not make me a victim of abortion. For that, I’m eternally grateful.”

For the first time in my life, I'm seeing the name of my birthmom. It's Sharon. (Deep breath.) She's the one whose courage enabled me to be adopted & loved in a family of 15. I also just found out that I was born…on her birthday! So. Many. Feelings. https://t.co/h1YIcUwtRu pic.twitter.com/eEyXBcBy5t

A story of a woman in the underground church who turned from Satanism to Jesus.

Every week we hear stories from the Underground Church that we want to make available to you. This week we highlight the story of a woman who’s testimony is so powerful, she was a Satanic worshipper and she turned to the power in Christ. pic.twitter.com/PQBFAcsy1t

This is so funny. He’s got a supportive mom!

Chloe Cole is a beautiful, powerful, brave voice to fight the evil she endured:

Detransitioner @ChoooCole shares her story with @DailySignal, one that began when she was 12 years old and led her to a double mastectomy she now deeply regrets.

"Now that I've seen it all," Chloe says, "I just can't imagine operating on a kid like that in good conscience." pic.twitter.com/qWsNTIkiQL

Employee of the Month pic.twitter.com/iuWwZU1Olo

Your house will be trashed, you will be sleep deprived for years, your money will literally evaporate, you will get poop stains on your favorite suit, and it will be the greatest blessing of your life. pic.twitter.com/pDBPqUYcDh

This is one of the sweetest things I’ve seen on Twitter. I love the way this big sister loves her little brother, includes him and encourages his language skills with music:

What a beautiful moment when a sister sings to her little brother, who has Down syndrome. 🥰 pic.twitter.com/yI685JDuo2

I believe 2023 is a Year of profound miracles and we will be praying and believing for this in every #LetUsWorship event. pic.twitter.com/4Ft0agJ3wg

“The heavens declare the glory of God; the skies proclaim the work of his hands.”

This orchestra’s surprise for the conductor and his flabbergasted response are just great:

This conductor being pranked by the orchestra on his birthday is the Twitter content I’m here for… pic.twitter.com/bzwwzOBiOU

Born 1 Week Before Abortion Limit, His Parents Refused to Turn Off His Life Support. Then He Went Home https://t.co/K3yYVlSGJs pic.twitter.com/junET5JMRr

Imagine baking an apple pie and having this duo to assist you:

How did he know it was coming? Amazing:

Hope you have an incredible weekend, and that you stay strong on any goals you’ve set for wise living. I am guilty of getting a gym membership in January. May God grant patience to those who have been at this for longer. 😅

Sunny Side of The Stream: The Sweet Story of a Personal Tribute to Peanuts Cartoonist

Sunny Side of The Stream: Pastor Was Declared Dead, But He’s Still Fighting for His Life