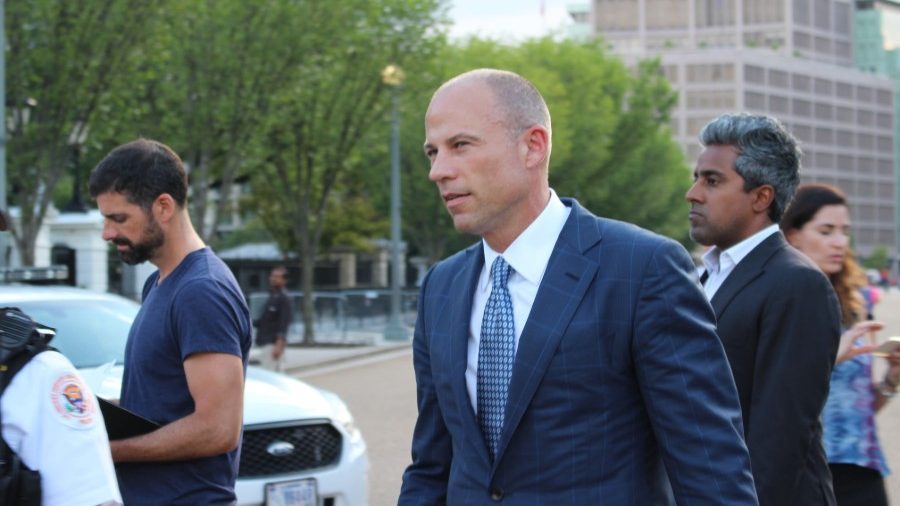 It’s a shame that Newseum is closed. The former museum, which was dedicated to the history and principles of journalism, shut down in 2019. Maybe we should use the venue for a special exhibit about Michael Avenatti. Heck, we could put a statue of Avenatti out in front of the building. Corrupt, criminal, psychotic and a liar, he represents everything our media have become. Michael Avenatti is the media. Their name is Legion.

Of course, the press would rather forget Avenetti, the convicted felon who was just sentenced to four years in prison by Judge Jesse Furman for ripping off Stormy Daniels. This is on top of time Avenatti is serving for extorting Nike. He also has another trial coming up this summer.

The ‘Savior of the Republic,’ Right?

Never let the media forget their worship of this idiot, which included suggesting Avenatti might make a good future president. Oh yes, and breathless pillow talk about him as “the savior of the Republic.” Bring Avenatti up to Ronan Farrow, the crooked opposition researcher who in May of 2018 dined out with Michael Avenatti. Remind CNN, NBC, ABC, the Washington Post and New York Times that they made this man their hero. Forget Walter Cronkite, Avenatti should be their icon.

In fall 2018, Avenatti and the media tried to destroy Brett Kavanaugh, a high school friend of mine. They used opposition research, extortion threats and an attempted honey trap. A woman named Christine Blasey Ford accused Brett of sexually assaulting her in 1982 when we were all in high school. Ford claimed that I was in the room when it happened.

When I was called by Ronan Farrow in September 2018, Avenatti’s good buddy accused me of “sexual misconduct” without telling me who the victim was, where it had allegedly happened, or when. The media told the public that I’d presided over ten gang rapes and bought and sold cocaine. They used as sources people I’ve never met. Crazy lies were fed directly to the media, who repeated it without checking it.

Michael Avenatti is the media.

Never let them forget this.

In his book We’ve Got People, Ryan Grim notes that Blasey Ford made repeated efforts to publicize her story, despite what media still pretend to this day. Ford had already told friends she planned to come out publicly. She was only asking for confidentiality until she and Feinstein spoke. Grim writes:

[Ford’s] letter included a request: ‘As a constituent, I expect that you will maintain this confidential until we have further opportunity to speak.’ That line would end up being used repeatedly by Feinstein as she claimed that, in fact, Blasey Ford never wanted to come forward, and was only faced out by the media. But that argument ignored that Blasey Ford had already taken repeated steps to come forward, had already told friends she planned to do so, had already come forward to two congressional offices and reached out to the press, and was only asking for confidentiality until she and Feinstein spoke.

As I have noted before, in the summer of 2018, in fact even before Kavanaugh became the nominee on July 9, Ford was working with an opposition researcher named Keith Koegler. The book The Education of Brett Kavanaugh, by two New York Times reporters who sided with Ford, gives the game away:

As Ryan Lovelace put it in his book Search and Destroy:

Ford had repeatedly tried to get the Washington Post’s attention, hired a lawyer, talked to a senator, and talked to a congresswoman. Yet she was not making the effort to ‘come forward,’ according to [Washington Post reporter Emma] Brown, and was watching as others told her story ‘without her name or her consent.’ The only reason anyone had her story to share was because Ford had provided it, yet ‘she expected her story to be kept confidential.’

Don’t expect the media to ask if Ford or her team ever talked to Avenatti. That kind of info will only come out if Avenatti ever finds Jesus. Or when he’s forced to meet Him on Judgment Day.