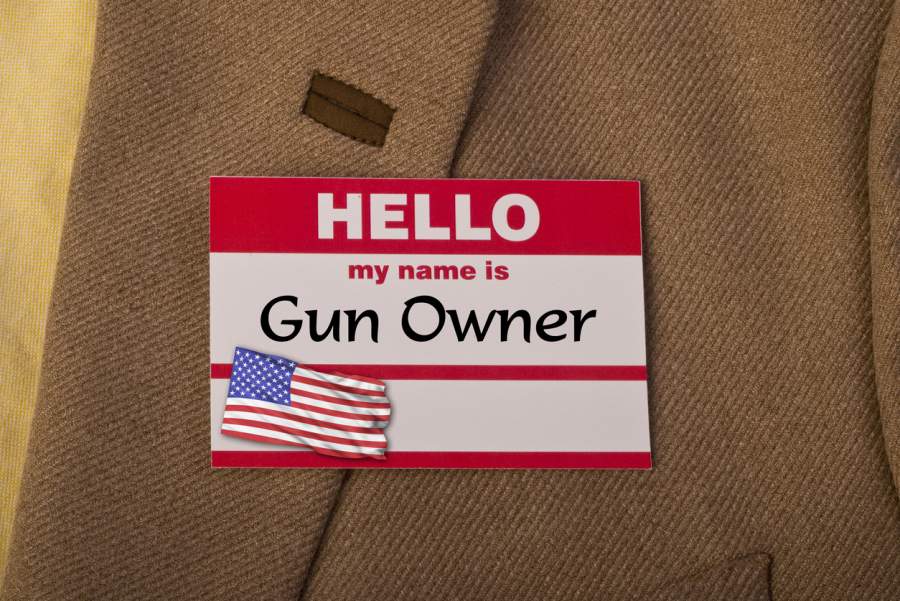 This week I finally became a real American. Or a Texan at any rate. I decided that it was time at last to buy a handgun. Living in a safe neighborhood, with an AR-15 I use for target practice, I don’t think I really need one. But I might someday, and they might be unavailable. Congress is now mulling over whether to disarm everyone in America who isn’t a criminal.

Criminals don’t obey gun laws, but then they’re not the people the left wants to disarm anyway. The target of gun control isn’t felons and gangsters, but uppity honest citizens who don’t see prison terms as family reunions.

Citizens of the US, or of Mosul?

So I figured I’d better arm up while I still have the chance. There’s a real chance the Senate filibuster will fall, and Congress with razor thin majorities in both houses will gut the Second Amendment. What our founders intended as the last bastion against tyranny could go up in smoke, if enough leftists terrorize holdout Democratic Senator Kyrsten Sinema. Then we’ll be nice and helpless, like the citizens of Mosul when ISIS marched in, and the terrified business owners of blue cities when Antifa took over the streets.

In my time at the gun range I’ve found myself treating both rifles and pistols with the same exquisite care priests use at the altar on Sundays. I don’t ever expect to shoot at anyone in anger, except if the Left ever starts arresting dissidents. In that case I won’t go peacefully, but instead will go out like Scarface (“Say hello to my little friend!). So my AR is my exit plan: break glass in case of tyranny.

The Guns of Lepanto

My choice of brand was easy, once I learned that Venice-based Beretta made the cannons used by the Christians at Lepanto. While your ancestors were floating over on the Mayflower, mine were fighting the Ottomans on behalf of the Habsburgs and Christendom. I figured I ought to trust the same supplier they did. So when my choice of weapon came into stock at the store, I raced there to sit at the terminal and finish my background check.

And the moment was surprisingly … solemn. In the noise and bustle of the sporting goods store, I was answering crucial questions about my performance as a citizen. Was I a user of illegal drugs? Had I ever committed a felony? Had I terrorized anyone, and earned a restraining order? Had I ever been committed involuntarily to a mental institution? All these I was answering, the form sternly reminded me, on penalty of prison time for lying.

Which I promptly earned myself, by accident. I finished the form and the salesman printed it out, then looked confused. “Wait, you actually have renounced your US citizenship? And are you under a restraining order from an ex?”

“You checked the wrong boxes, son.”

So I did it again, more carefully. I must have messed up because I was nervous. I took the questions seriously, and was glad that the government asked them. Self-defense is a basic human right, but it’s one you can legitimately forfeit, and the State would be right to restrict you after that. I don’t know a single Second Amendment advocate who wants convicted felons, or certified psychotics, owning guns.

Maybe my experience with my background check explains why I got so outraged at the news about Hunter Biden. Politico reports:

On Oct. 23, 2018, President Joe Biden’s son Hunter and daughter in law Hallie were involved in a bizarre incident in which Hallie took Hunter’s gun and threw it in a trash can behind a grocery store, only to return later to find it gone.

Delaware police began investigating, concerned that the trash can was across from a high school and that the missing gun could be used in a crime, according to law enforcement officials and a copy of the police report obtained by POLITICO.

But a curious thing happened at the time: Secret Service agents approached the owner of the store where Hunter bought the gun and asked to take the paperwork involving the sale, according to two people, one of whom has firsthand knowledge of the episode and the other was briefed by a Secret Service agent after the fact.

The gun store owner refused to supply the paperwork, suspecting that the Secret Service officers wanted to hide Hunter’s ownership of the missing gun in case it were to be involved in a crime, the two people said. The owner, Ron Palmieri, later turned over the papers to the Bureau of Alcohol, Tobacco, Firearms, and Explosives, which oversees federal gun laws.

Citizens Who Stand Up to Federal Agents

Thank God for patriots like that gun store owner, and the PC repair store owner who sent a copy of Hunter’s laptop to Rudy Giuliani. Small businessmen really are this nation’s backbone, which Democrats used COVID to snap, to benefit leviathans like Amazon.

But I haven’t even told you the worst part of the Hunter Biden gun parable. That shows up here:

POLITICO obtained copies of the Firearms Transaction Record and a receipt for the gun dated Oct. 12, 2018.

Hunter responded “no” to a question on the transaction record that asks, “Are you an unlawful user of, or addicted to, marijuana or any depressant, stimulant, narcotic drug, or any other controlled substance?” Five years earlier, he had been discharged from the Navy Reserve after testing positive for cocaine, and he and family members have spoken about his history of drug use.

Lying on the form is a felony, though prosecutions for it are exceedingly rare.

Why Not Enforce This Reasonable Law?

Leave aside the fact that the Secret Service was apparently helping to cover up another Biden family crime. People who lie on their background checks don’t even need to be Bidens. The authorities apparently don’t bother to bust those who blatantly lie.

Criminals don’t obey gun laws, but then they’re not the people the left wants to disarm anyway. The target of gun control isn’t felons and gangsters, but uppity honest citizens who don’t see prison terms as family reunions.

The one aspect of federal gun laws which Americans universally support, and is totally constitutional, is the ban on felons, drug addicts, and the gravely mentally ill obtaining weapons. But the Feds don’t enforce it. How can a president whose own son flouted that law, and who never in his decades in Congress tried to help enforce it, try to pile up honest, law-abiding Americans with still more restrictions and bans on their fundamental right of self-defense?

The answer is easy. Two words: Anarcho-Tyranny. The left in 2020 winked and snickered as mobs looted whole cities. Hundreds of people involved in arson, assault, and other felonies were caught and released. (Just so, illegal immigrants and phony asylum seekers walk free thanks to Biden’s policies.) Kamala Harris even raised money to pay their bail, when judges bothered to set it.

But citizens who resisted the leftist mobs’ violent lawbreaking? They ended up indicted like Mark McCloskey, on trial like Kyle Rittenhouse, or dead like Jake Gardner. That’s how Anarcho-Tyranny works: you load up the books with laws and regulations that can stifle your opponents. But you simply don’t enforce them when your friends step out of line. The arbitrary, selective enforcement of laws that results? That’s how every dictator in history stayed in power. And it’s how our new rulers plan to remain in power too. That’s why Ashli Babbit is dead, and Hunter Biden lives in a mansion surrounded by walls like the one Joe Biden refuses to build on our border.