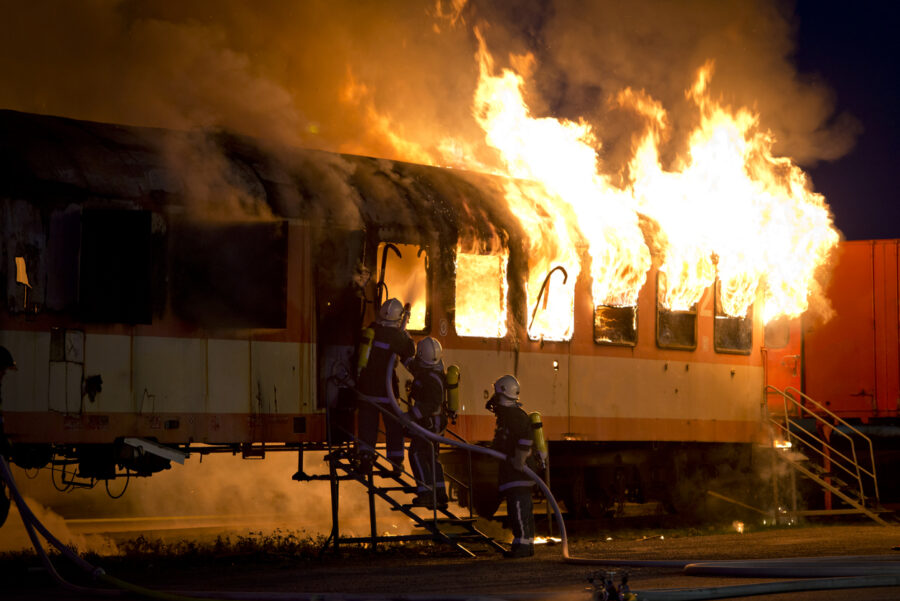 According to recent polls, the Democrats could be in for a mauling in the upcoming 2022 midterms. President Biden is hugely unpopular, there is soaring inflation, and Republican voters have a 17-point enthusiasm gap.

The recent attempt to rile up the Left by leaking a Supreme Court draft about abortion has had no effect on the polls. If anything, I had hoped the leak would have turned the American people even more against the Stasi left. It may still happen. The more people learn about what goes on in an abortion, the more shocked they become. Even libertine Bill Maher recently admitted that he had no idea that European countries have much stricter abortion laws than America, and that most women are pro-life.

Former Bush speechwriter and CEO of the conservative group American Majority Ned Ryun thinks the upcoming election will be a blowout — and that mainstream media reports are missing something.

Analysts, says Ryun, are comparing 2022 to 2010, the year the GOP won 6 Senate seats and 63 House seats. But they forget just how deep the GOP victory was. “People focus on the House and 63 seats, and I believe 6 Senate seats picked up by GOP that year,” Mr. Ryun says on the phone from his home in Virginia. “They forget the wipe out at the state legislative level where Dems lost 680 seats and Governor, State AG, as well. I think in 2022 that feeds down to school boards as well. If this does indeed happen, the GOP is potentially in control of a lot of positions in key battleground states, preventing Dems from playing the games they played in 2020.”

Predicting Doom for the Democrats

Like all other analysts, Mr. Ryun, whose group has its origins in the Tea Party movement and trains conservative candidates, sees doom for the Democrats:

When you look at the massive enthusiasm gap, the generic poll numbers, Biden’s terrible approval numbers, the fact that inflation is the #1 issue for voters and they blame Biden for it, and the fact that you know that inflation isn’t going anywhere because it’s been brought about by policies that are intentional, not mistakes, you could be looking at a 2010 replay, maybe even worse.

Still, Mr. Ryun is not sure a victory will bring the policies wanted by the conservative base:

As for what the GOP in Congress does with majorities, well that’s a real question. My fear is that McCarthy/McConnell don’t do much, snap back to a Republican corporatism that is revolting to the base. Since they won’t be able to pass anything meaningful with Biden in the White House they should go full-on investigations on the Biden Administration, nonstop unleashed on corruption, etc.

In the upcoming congressional midterm elections, all 435 seats in the U.S. House of Representatives are up for reelection, and 35 seats in the Senate. The Senate is a 50-50 split with Vice President Kamala Harris as a tie-breaking vote. Democrats hold 222 seats in the House, or four more seats than are needed to hold the majority.

In the beginning of 2021 year Gallup found that Democrats led Republicans in party identification by nine percentage points, but by the end of the year Republicans led by five points — a huge 14-point swing.

House Minority Leader Kevin McCarthy (R-Calif.) has predicted that Republicans will win control of the House in November. “We’re going to win the majority, and it’s not going to be a five-seat majority,” McCarthy said in an interview with Punchbowl News.

Political Winds Are Shifting for the Latino Vote

A particular point of concern for Democrats is the Latino vote. Latinos supported the Democrat nominee for president by 2 to 1 in 2016 and 2020. Still, there was about an 8 percentage-point swing towards President Trump in 2020 among Latino voters, who cast 61 percent of their votes for Biden-Harris, a drop from the 66 percent who voted for Hillary Clinton in 2016.

President of the Libre Initiative, Daniel Garza, recently told me that “the political winds are shifting” with Latinos. Mr. Garza believes that because the Democratic Party has moved so far left, more and more Hispanics are going to vote Republican.

He advises the Republican party to connect with the Latino community: “Right now Republican ideas are superior and are in the policy sweet spot — economic growth, freedom, security, high-paying energy sector jobs, and a legal pathway to immigration.” Mr. Garza also emphasized that many Latios work in the energy sector and are turned off by the left’s Green New Deal rhetoric.

The Republican National Committee has opened six Hispanic community centers in the country, including one in Allentown, Pennsylvania. The RNC has also poured more than $650,000 on Spanish-language TV and radio ads to beat Nevada Democratic Sen. Catherine Cortez Masto. In Arizona, more than a million dollars has been put into into Spanish-language ads opposing Sen. Mark Kelly.