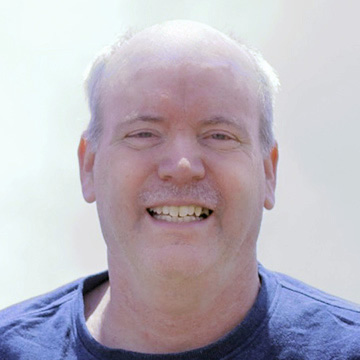 David Marshall < Back to Voices

David Marshall, Ph.D., is the author recently of Jesus is No Myth: The Fingerprints of God on the Gospels, and How Jesus Passes the Outsider Test for Faith.

A recent resident of coastal China, David has also hunkered down long-term in Japan, Taiwan and England, as well as his native Seattle and adopted Southeast Alaska.  He challenged the sex trade in East Asia, prayer-hiked across Taiwan, counted cod on a Russian fishing processor, and now acts as Academic Principal of Menaul School, Qingdao.  David holds a B.A. in “the Russian and Chinese Languages and Marxism,” an M.A. in Chinese Religions, and a Ph.D. in Christian Thought and Chinese Tradition. He’s now living in Washington state.

As author of one of the first books challenging the New Atheism, David has debated publicly on atheism, the historical Jesus, the truth of Christianity and the future of China, and speaks in churches and other forums in a galaxy near you, on many topics.

50 Weeks to Christmas: Get Reading!

It is the Twelfth Day of Christmas. Returning back to Christmas again will take most of a year. How should we spend that year? Linus bids us learn “the true meaning of Christmas.” Good idea! I have a suggestion to…

Bye, Nancy. Thanks for Bankruptcy!

Aslan in Asia: Miracles in the Ordinary

A Different Sort of Magic: The Miracles of Jesus