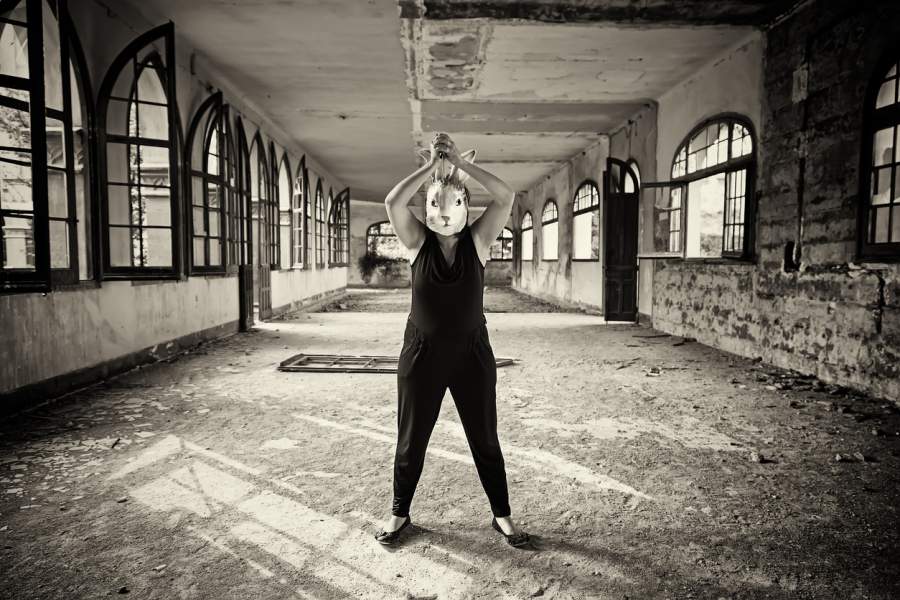 Living “in the world” but not “of the world” has always been a challenge. It’s all too easy to fall off this taut tightrope in a dozen different directions. To find the strait and narrow path, we must start with our eyes open. That means facing squarely the facts to our left and right.

No rose-colored glasses allowed. Nor squeezing shut your peepers so you can pretend that what lies beneath is safety nets full of rainbows. No, it’s a chasm shaped like Venezuela, Zimbabwe, or China. Nor can you take refuge in a blustering overconfidence, imagining that you’re striding the red carpet at the Oscars, or even walking an old, familiar path that leads through your parents’ garden. “That can’t happen in Texas,” we might tell ourselves, even as South Dakota’s and Arkansas’ governors take orders from Amazon and the NCAA. California was a red state too, once.

The Fix Really Is In. Elites Are Out to Destroy Us.

So first, the facts. If you haven’t watched Project Veritas’ brilliant undercover reporting on the massive, coordinated brainwashing of the US voting public that CNN helped lead, you need to watch it. You need to read TIME magazine’s chest-thumping cover story which boasted of a massive elite conspiracy to “save” democracy from Donald Trump’s voters. You must read the proof that Pfizer succumbed to political pressure not to announce a vaccine before the 2020 election.

You must also remember. Totalitarian movements, even before they come to power, count on us forgetting their last propaganda campaigns, and focusing on their latest one. They don’t want you thinking back on all the poop they threw at the wall, to see what would stick. Instead they’d rather force you to follow the Narrative they’re foisting on you right now. When it’s time for you to forget it, they will wave a new shiny object in front of your face, news cycle after news cycle, confident that your brain is about the size of a magpie’s.

Remember, and Do Not Recklessly Rush to Forgive

Remember the leftist elite’s witch hunts against Carter Page, Mike Flynn, Brett Kavanaugh, Mark Judge, and Kyle Rittenhouse. Read Ann Coulter on how leftist mobs and prosecutors goaded small businessman Jake Gardner to his grave. Then remember the massive, coordinated cover-up of the Hunter Biden laptop, with all its national security implications. Remember all the zigs and zags over lockdowns and masks, driven not by science or facts, but political calculations of what might help Joe Biden win. Have a thought for all the seniors who died in blue-state nursing homes thanks to governors seeding them with COVID patients, while the media predicted mass deaths in … Florida. The next time Kamala Harris pretends that the January 6 selfie-fest at the Capitol was the burning of the Reichstag, remember that she led the effort to bail out Antifa arsonists and BLM looters.

These aren’t fellow citizens who differ with us on how to interpret our Constitution. They’re elites who loathe and despise us. They are enemies with power, as surely as the Chinese Communist Party and the Iranian religious police are the enemies of dissidents. And they want more power, apparently absolute power to shred the Constitution — which is why they’re still trying to pack the already left-biased US Supreme Court.

You can’t love your enemies if you pretend that you don’t have any. That’s not Christianity, but sheer chuckle-headed stupidity.

There Is No American Exception to Decadence

We shouldn’t be blithely confident of the future of our country. We have no margin for smugness. Ronald Reagan was dead right to warn us that freedom is only one generation away from extinction anywhere. There’s no American exception to that. Now our schoolchildren are learning that the US was founded to stop King George from freeing the slaves. How confident should we be of how they’ll run the place in our old age?

Yes, we ought to be angry. Not full of destructive rage, nor looking for handy scapegoats. We must avoid at all costs targeting ethnic or religious groups. Our foes are individuals, maybe gathered into conspiracies, but our issue with them isn’t their origins. It’s their free, willful decisions. We have no quarrel with the innocent, and don’t need to make (or make up) new enemies.

We must be ready to reach out and accept new allies, in fact. For decades I’ve watched in horror as my fellow Yalie Naomi Wolf promoted radical feminist policies. Now I see her awakened by the COVID dictatorship to the goodness and fragility of our Constitutional freedoms. She’s appearing on Eric Metaxas’s and Steve Bannon’s programs. I’m impressed, exalted, and humbled. I didn’t know she had it in her. Just goes to show you that God’s grace still operates. May it carry on in her heart, and millions of others’.

Till then, we need the low-burning, implacable anger that Winston Churchill carried while fighting the Nazi high-tech barbarians. The deep, metaphysical outrage that Alexander Solzhenitsyn maintained over decades toward the fanatics who wrecked his country. It’s that kind of anger, based in facts and principles, that goaded our founding fathers to finally break our ties with Britain. Because it’s built on reflection, and the love for our fellow citizens, such anger can subside when our enemies are defeated. If they show genuine repentance, it can grow into forgiveness.

But not before then. God still loves the unrepentant, but he doesn’t rush to forgive them. They must leave their various pigsties, and wend their way back to the Father’s house. And then we can embrace them.