Kangaroo courts after the January 6 Reichstag riot are now targeting our leaders. 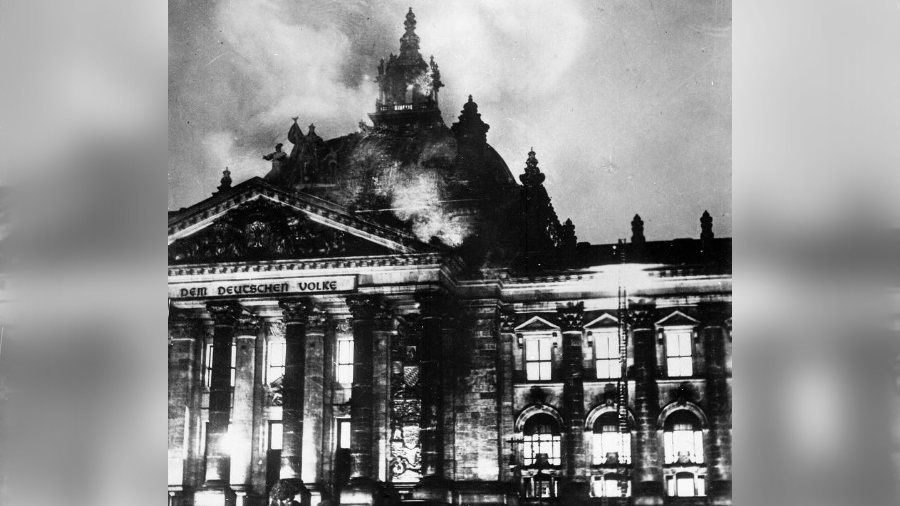 For more than a year I’ve been talking about Anarcho-Tyranny, the corrupt political tactic from the Nazi brownshirt playbook that wields a dual system of justice, in order to hoard all power.

We’ve seen it before in America, to some degree. White Southerners imposed Anarcho-Tyranny on blacks after Reconstruction, writing laws they only intended to enforce against black citizens, but not against whites. Stacking juries to convict blacks of made-up crimes, and acquit whites who terrorized them. That was a gross and profound injustice, and merited the massive mobilization of the Civil Rights Movement to redress.

Now we face such a system of dual justice nationally, on a massive scale, in an even more dangerous form. The Oligarchy running our country has decided that the beliefs and political preferences of at least half the country should render us second-class citizens.

When blue cities and states didn’t prosecute leftist rioters who threw Molotov cocktails at cops and looted neighborhoods, but hunted down and falsely charges citizens who defended themselves, such as Jake Gardner and Kyle Rittenhouse … that was Anarcho-Tyranny. Likewise, when the same authorities enforcing the same laws locked up and tortured January 6 protesters, but waved off the exact same misbehavior by Stephen Colbert staffers.

Such abuses ought to scare us. But the State going after the “little guy” is one thing. It’s morally contemptible, but it still shows a certain restraint. When a regime starts prosecuting the leaders of a political movement for their beliefs, that means you’ve reached a whole new stage in the dismantling of democracy. An advanced stage, a 108-degree temperature, a 95% blockage of the heart, a cancer on the brainstem. And that’s where we are today.

I don’t even need to write much about the ginned-up prosecution, mockery of a trial, and instant conviction of Steve Bannon, the architect of Trump’s 2016 win. Tucker Carlson and Bannon himself did all the heavy lifting, in their Friday interview on Carlson’s show. I beg each of you to watch it all the way through:

The Conservative Treehouse sums up the facts:

Former President Trump campaign and White House senior advisor, Steve Bannon, has been found guilty on two political charges of contempt of congress by a DC jury, for failing to appear for a deposition with the J6 committee, and failure to provide documents to the J6 committee.

It is worth noting that no one, until now, is ever charged by the U.S. Justice Dept in a “contempt of congress” issue, including former U.S. Attorney General Eric Holder who was similarly found in contempt of congress. The current DOJ and FBI are fully compromised political tools of a corrupt DC system of justice.

Furthermore, as Carlson pointed out, Bannon was not even accused of any illegal activity on January 6. He might go to jail for two years for defying a subpoena, by a stacked and biased committee that demanded he violate the confidentiality privilege of the Executive branch of government.

Try to Stab a Congressman, Get a Ride Back Home

Meanwhile, a thug who tried to murder a Republican New York congressman running for governor … was released without bail. Even as peaceful demonstrators from January 6 still rot, awaiting rigged D.C. trials. The left is sending a message: It’s open season on Deplorables.

There are now two systems of justice — one for leftists and their friendly collaborators with the Regime, and another for conservatives and Christians.

The Reichstag Fire and the Enabling Act

The Regime has upped the ante. It isn’t just persecuting bar-owners in Tulsa, or teenagers who defended themselves. Now it’s targeting millionaire hosts of national TV programs, with tens of millions of followers. (If you’re not watching Bannon’s “War Room” regularly, you don’t know what’s really going on in America.) That’s how confident the Oligarchy has become.

To see where we are on the timeline of tyranny, the comparable moment in revolutionary Russia was when Lenin (after losing an election) dissolved the Constituent Assembly and announced that the Bolsheviks would rule by decree. The same point in the Nazi revolution occurred in 1933, when Hitler used the fire in the Reichstag to pass the “Enabling Act,” which gave him emergency powers he never gave back.

In both cases, the dictators had allies among those who should have been resisting him. Members of non-Bolshevik parties supported Lenin’s coup, for their own cynical reasons. Likewise, respectable conservative parties in Germany voted for Hitler’s bill, not realizing that within months he would declare their parties illegal.

RINOs Are Our Real Enemies

The January 6 riot was our Reichstag fire, and the Republicans who refuse to denounce or resist the J6 show-trial committee are the collaborators of our own burgeoning dictators. They are worse than open enemies like the Democrats. They are traitors in our midst. We must hunt them down and destroy them, politically and professionally — before the next turn of the screw, when we’re rendered utterly helpless.

Yet loud evangelicals are still out there praising the likes of Adam Kinzinger and Liz Cheney. Rep. Kevin McCarthy was Cheney’s ally as long as he could get away with it. With Sen. Mitch McConnell, he schemed behind the scenes to find ways to prosecute Donald Trump for challenging election fraud. That is how outraged the Republican wing of the Oligarchy Party was that populists and conservatives dared to run away from their plantation in 2016.

The Democrats are lost, driven by demons. Of course we must defeat them in November. But the real fight for our country’s freedom and future will happen in Republican primaries and committee meetings over the next two to four years. These Vichy collaborators would rather suspend the rule of law and go along with Cuban-style political show trials than let us peel their veal-white, manicured fingers over the levers of power inside the GOP. They, much more than the Democrats, are our sworn and deadly enemies.