C.S. Lewis’s Space Trilogy: A Guide to Living on Earth

I could change my name to “Tallulah” and insist that I’m a white woman. But I couldn’t rename myself “Africa X. Zmirak." 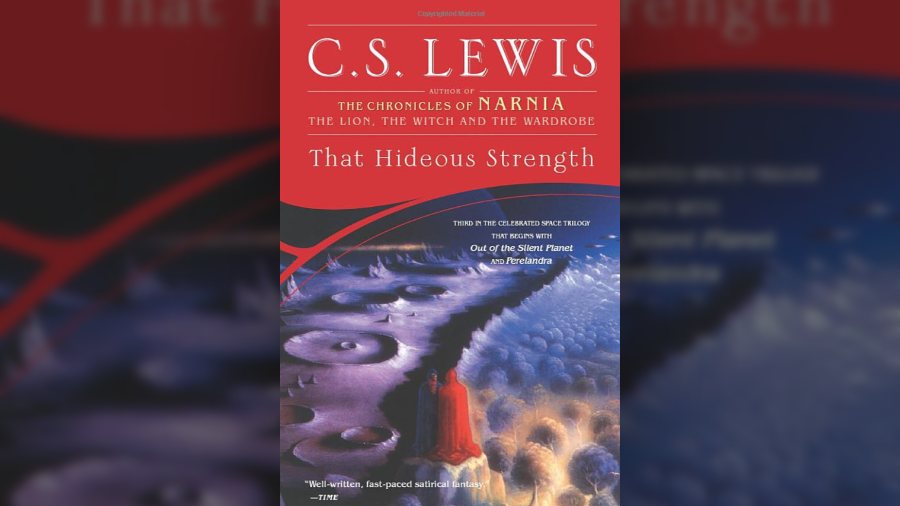 The radical leftist nominated for the U.S. Supreme Court who favors slaps on the wrist for child pornography addicts can’t say what a “woman” is. Even though she was only appointed because she could check off that box, in addition to the “black” one. So she can’t really prove that, in fact, she qualifies as a woman — since she doesn’t know what one is. She said to ask a biologist.

But the postmodern paradigms Judge Kentanji Brown Jackson fetishizes don’t care about the verdict of biology. If you “present” as a woman, then others must treat you as one. So presumably drag queen RuPaul could equally fulfill Joe Biden’s campaign promise. But not Rachel Dolezal, because she only presents as black.

And you can’t claim membership in another race, just the opposite sex. This even though race is a biologically trivial detail, while sex is absolutely crucial to thousands of species, including our own. So I could change my name to “Tallulah” and insist that I’m a white woman, and you must treat me as such. But I couldn’t rename myself “Africa X. Zmirak” and insist that I’m a black man. Because we are governed by reason and science, you see.

We’re Choking Down a Smoothie Made of Apocalyptic Novels

In fact, we are governed by blank insanity. Sometimes it feels like we’re living through a mishmash of bleak, dystopian novels from the past. We flinch in fear of committing “thoughtcrimes” out of George Orwell’s 1984. Then we drown our anxieties in pleasures proper to Aldous Huxley’s Brave New World. We watch as our society gets balkanized by multicultural colonization straight out of Jean Raspail’s The Camp of the Saints. We see eunuchs and perverts elevated to prestige and power, as in Anthony Burgess’s The Wanting Seed. And we cringe in helpless horror as our own church leaders betray both reason and faith, as they do in Robert Hugh Benson’s The Lord of the World.

But more than any other prophetic work of fiction, C.S. Lewis’s That Hideous Strength seems like a document produced in 1945 by a time traveler from 2022. When I first read the novel in the early 1990s, parts of it struck me as shrill and overly alarmist. I just finished re-reading it, and it seemed like a documentary.

Among his many theological, philosophical, and literary gifts, C.S. Lewis possessed what we must call vision. He could see 50 chess moves ahead how abstract ideas — seemingly harmless in the classroom or the laboratory — would wreak absolute havoc. Not just in the social and political life of the West, but in the fragile ecosystem of the human heart and soul.

If you haven’t read the Space Trilogy, of which That Hideous Strength forms the third volume, you need to. I mean, the way you need to take your blood pressure or heart medication if it’s prescribed. The books themselves are masterworks of imaginative fiction, exquisite blends of futuristic fancy and learned historical allusion. Lewis had devoured the fictional works of men like H.G. Wells, written in service of shallow, degrading theories of human life. Lewis decided to plough the same fictional field on behalf of Biblical, Classical accounts of man’s nature and fate. In this trilogy, as well as the seven Narnia novels, Lewis succeeded brilliantly.

In That Hideous Strength, Lewis shows the corrosive, corrupting effects of false pictures of man, especially of scientific materialism such as Darwin’s. He depicts the logical fallacies such worldviews entail — such as reasoning to the conclusion that reasoning is impossible. More importantly, he depicts how entertaining such theories degrades our perceptions of the world, undermines our wholesome instincts and virtuous habits, and ends in the “abolition of man.” Pretend for long enough that you are just a trousered ape, or a meat robot, and eventually you will act like it. Or worse, you’ll soak in a demonic contempt for man as God made him, and join in the Enemy’s attack on Creation — as Transgenderists and Transhumanists are attacking it today.

Lewis managed the remarkable prophetic feat of telescoping into the plot of a single novel, with a small cast of characters, the moral collapse into tyranny that in the real world took seven decades. We today may be the first people who can read That Hideous Strength and realize exactly how prescient it was.

But there is much more to this novel, and Lewis’ imaginative fiction, than doleful prophecies of doom. In fact, the Space Trilogy and the Narnia novels are healthy, wholesome meals for the mind and soul. They contain in them the antidote to materialism and Gnosticism, the alternative to disillusionment. Lewis worked in those books to “re-enchant” Creation with the Creator’s light and love. As a scholar of Medieval literature, he treasured a deep love for the cosmology that underlay its masterworks, from Beowulf to The Divine Comedy. That worldview stands in stark contrast to the bleak materialism — mixed with political superstitions — that produced today’s Woke religion, and props up its priests of Baal, such as Judge Jackson.

Lewis sought to revive in modern readers the Medieval sensibility, which saw in the heavens the orderly handiwork of a glorious Craftsman, and in each planet an emblem of certain attributes of God. To really appreciate these novels, I recommend two books by astute Christian critics: Planet Narnia by Michael Ward (on the Narnia books), and Deeper Heaven by Christiana Hale (on the Space Trilogy). These authors delve into minute detail, unpacking Lewis’ imagery and allusions in light of his project.

One more author, if I might. Perhaps the most powerful practitioner of the scientific discipline known as Intelligent Design is Hugh Ross. A vastly knowledgeable physicist, he is also a gifted theologian. He strives in his books to show how scientifically implausible materialist claims really are, in the light of the massive “fine-tuning” required to make any life possible, much less human life. Beyond that, he reflects on the accounts in Genesis to show how (if properly read) they anticipate the latest findings of contemporary cosmology. Get hold of his The Creator and the Cosmos and Why the Universe Is the Way It Is. These books, dealing with real-world astronomy and biology, serve the same goal that Lewis’s novels did: restoring to our view of the world the proper gratitude and wonder.