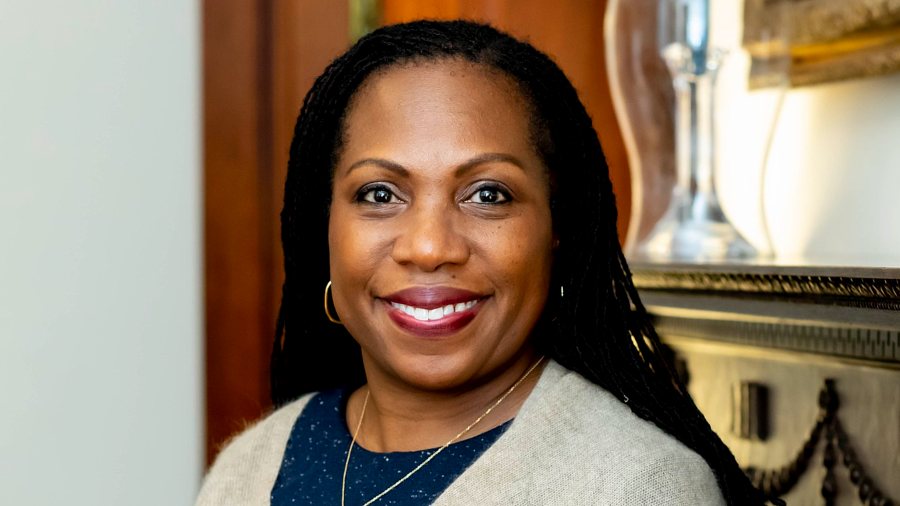 When I learned that Justice Stephen Breyer was retiring, giving The Secret Committee Formerly Known As Joe Biden (TSCFKAJB) a Supreme Court appointment, I knew my civic duty. It was to tell my truth, to come forth with what I knew about the nominee as promptly as I could. I didn’t let minutiae like the nominee’s identity get in the way. Weeks before TSCFAKJB ironed out that detail, I spoke up and out, reaching deep into my pain to reveal that the nominee had sexually assaulted me at some point in the 1980s.

In the spirit of trailblazers Anita Hill and Christine Blasey Ford, I was engaged in creative reconstruction of long-buried memories of trauma. I felt no more bound than they did by traditional, white culture standards of literalistic “veracity.”

No Tawana Brawley, No 1619 Project

But no one inspired me more, gave me more courage to trumpet my narrative, than 1980s civil rights hero Tawana Brawley. In 1987, Brawley pioneered the field of Creative Recollection and Retributive Group Justice (CRRGJ), when she fearlessly shared her truth about a white gang of policemen and a prosecutor sexually assaulting her and smearing her with feces. We wouldn’t have the great narrative of the 1619 Project in our children’s schools, if Brawley hadn’t shown us how to practice CRRGJ proudly.

When TSCFKAJB announced that due to a campaign promise to a black politician, it was narrowing the search for a new Supreme Court justice to candidates with black skin and lady parts, I was intrigued. Here, I thought, was a chance for TSCFKAJB to show historic leadership. If those criteria were what really mattered, then why not prove that?

The best way to do that would have been to choose someone who embodied only those qualities, without tipping our hats to old-timey, white supremacist values like “judicial experience,” or “constitutional knowledge” or even “a law degree.” Roger Taney, who wrote the Dredd Scott decision, had all those things. Are we looking to him for leadership? Is he our example?

It Could Have Been Tawana

No. I thought we should be looking to Tawana. And I said so. I said that TSCFAKAJB should nominate Miss Brawley, if only to defy the archaic standards of a Eurocentric elitism. I was ready to do my part, to share my truth of how Miss Brawley had sexually molested me during the 1980s, perhaps even on the same evening as her kidnapping by the white gang of cops and prosecutors. But I never got the chance to tell that story.

Because TSCFKAJB looked elsewhere to choose its nominee, against my explicit advice. The Secret Committee still felt itself encumbered by antique, patriarchal standards, choosing Judge Ketanji Brown Jackson. She checks off the boxes on the tired, elitist checklist: She has been a judge. Before that she was a lawyer. She passed the bar exam. I was disappointed at first by what I saw as a lack of boldness in TSCFKAJB’s choice.

Torching the Courthouses of the White Male Legal World

But I was mistaken. Judge Jackson may have inhabited the structures of power tainted by white privilege and power, but she has creatively undermined them at every step of her career. In fact, we can see in her legal writings and judicial decisions a kind of wild, uninhibited creative anarchy of the kind that animated the mostly peaceful protests of Black Lives Matter. Jackson has been smashing the store windows and torching the courthouses of the white male legal world.

Ketanji Brown Jackson is a lifelong admirer of the father of critical race theory, Derrick Bell, who wrote that the Constitution was like “roach powder,” that whites might commit “racial genocide,” and that his motto was “I live to harass white folks.” pic.twitter.com/fhGEf0kFk0

The Most Marginalized Americans, the MAPs

Most courageously, Jackson has been an advocate for decades on behalf of the most marginalized and persecuted community in America, Minor-Attracted-Persons (MAPs). From her writing in the Harvard Law Review to her sentencing decisions in real world cases of MAPs being persecuted for their ownership of erotica, Judge Jackson has been consistent. She has rejected the notion of being “punitive” or imposing “deterrence” on MAPs. She has flouted even the legislatively enacted sentencing guidelines, to spare MAPs needless detention.

In championing MAPs, Judge Jackson has openly and courageously embraced the fundamental core values of the Democratic Party. It believes that children are the future. The Democratic party has concerned itself with children at every stage and in every context of life, from abortion pills in high school vending machines to chemical castration for pre-teens — and now the rights of MAPs to follow their love. As the San Francisco Gay Men’s Chorus (which includes some registered MAPs) sang so movingly, “We’ll Convert Your Children.” Will the Democrats have the courage to let them perform this anthem at their next convention? A SCOTUS pick like Jackson gives me some hope.

Judge Jackson’s career-long preoccupation with defending, even enabling MAPs is something which senators of both parties ought to recognize and discuss at length during her confirmation hearings.

And if the senators wish to hear it, I will indeed testify under oath about how Judge Jackson sexually assaulted me at some point in the 1980s. It was at a summer party, I believe … .