Transgenderism: A Lie as Wicked as Racism, and Derived From the Same Psychological Delusion 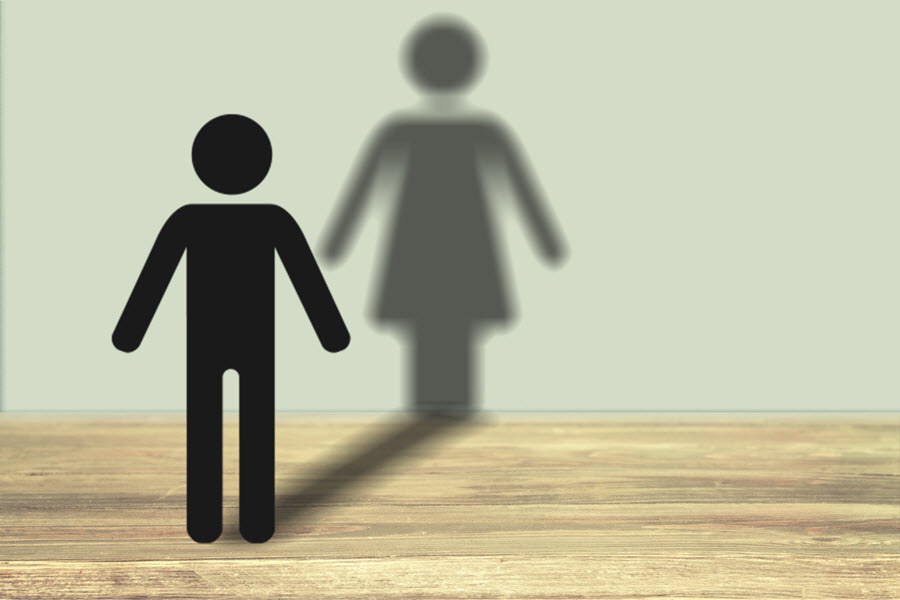 It’s hard for us today to understand how our land of the free followed the end of slavery by enacting wicked, irrational, and divisive segregation laws — not confined to the South, though concentrated there. So much time has passed, we have probably not even met people who remember accepting segregationist practices as normal and even virtuous. So it’s easy for us to virtue-signal and preen about our moral superiority to our ancestors.

We’d better cut that out. Because we are seeing before us the rise of an evil just as seductive, politically popular, divisive and anti-Biblical. And many of our own leaders — from Christian clergy to Republican governors — are complicit in it or silent.

A Lie as Wicked as Racism

I’m speaking of transgender ideology. Instead of pretending that the races are radically different and incompatible, this worldview claims that the sexes are interchangeable, even fictional. A person’s sex is like a hat he can change at will, to demand the rights and privileges proper to the other sex.

So male rapists can get themselves transferred to women’s prisons. Mediocre male athletes can shove in and win women’s sports competitions. And troubled lesbian girls can be shunted off for mastectomies and hormones. Bearded boys can waltz around girls’ locker rooms and restrooms, flashing their genitals as they wish. And nobody can say “boo” about it, for fear of getting denounced and politically lynched.

The evil of transgenderism is just as profound as blatant white racism, and the outcome will prove as destructive as Jim Crow ever was. Perhaps even worse.

What’s creepy is that the exact same kinds of arguments are prevailing now as then, for precisely parallel reasons. This won’t be easy for readers to see — not even socially conservative, Christian believers who reject transgenderist lies. That’s because those lies are woven deep into our culture — just as racism once was, to the point that even Abraham Lincoln worried that racial equality wasn’t possible, so perhaps ex-slaves ought to be resettled in Liberia. So please read patiently and prayerfully. I’m leading you through fogbanks of brimstone.

Instead of drawing the parallels one by one, let me sketch the two cognate evils individually first.

The Unique Evil of Chattel Slavery

American slavery was something new, almost unknown in the pre-modern world. Except for a few outliers like Sparta, no civilization had decided that an entire race of people were born to be slaves. Even in Sparta, the subject Messenians were not physically distinguishable from the Spartans who enslaved them. It’s doubtful that the Israelites looked visibly different from Egyptians. No one developed theories in either place that their enslaved races were subhuman. Nor did the Romans, who enslaved populations of cities which they conquered.

In our own core slave states, every child born of a black slave was also a slave — even if his father was white and free. After the Nat Turner rebellion, several states where manumission had been common outlawed the practice. If slaves got their freedom, they’d be forced to leave, or else be enslaved again. The first stirrings of the pseudo-science of eugenics were affecting Southern elites. David Klinghoffer wrote at Evolution News about

the role of racial science in the thinking of at least one prominent Confederate politician. Alexander H. Stephens was Vice President of the Confederacy. In 1861 he delivered a famous oration, the so-called Cornerstone Speech, justifying slavery and rebellion on scientific grounds.

The name of the speech comes from Stephen’s (arguably blasphemous) appropriation of a verse from Psalms, “The stone which the builders rejected is become the chief cornerstone.” He took the corner “stone” to be the emerging scientific consensus, which America’s Founders had violated in holding all men to be equal. On the contrary, Stephens argued, Africans were not equal, and science proved it. The Confederacy was the first scientific government, he said. The South, unlike the North, merely sought to follow the science! And this was why they would prevail in the end.

Bad Science in the Service of Psychological Delusions

Remember that the infamous Dred Scott decision had claimed that blacks were not included in the statements of the Declaration of Independence concerning “unalienable rights.” They were not and could not be legal persons, because of their racial difference.

Other pseudo-scientific doctrines became widely popular, especially in the South, which claimed that interbreeding between blacks and whites would produce grotesque mutations — crippled psychologically if not physically. (In fact, the marriage of widely different people is the opposite of inbreeding, and likely to produce hybrid vigor.)

I did my Ph.D. work mostly on Southern literature. A whole subgenre arose telling stories of “tragic mulattos,” who were torn between the “civilized,” fully human halves of their ancestry, and the halves “tainted” by “lesser stock.” Other cultural myths of murky origins claimed that black men were sexually far more aggressive, and incapable of self-control around white women, unless kept in blank terror of violent persecution.

The Paranoia of Race-Mixing

Whereas Brazil saw the emancipation of black slaves, followed by widespread intermarriage without much social stigma, America saw quite the opposite. A blankly irrational phobia about the looming “threat” of widespread “miscegenation” between the races was adopted and spread by elites. Indeed, this phobia was written into law, and reinforced by codes that deemed as “black” any person with even 1/24th African ancestry.

Such obviously un-American laws that placed legal restrictions on something as private as marital choices found their defenders. They cited politicized science, but even more these politicians appealed to the emotional fears they attributed to white women, whose “honor” must be defended by lynch mobs and other vigilante violence. Countless black men were arrested, and punished either legally or extra-legally, for alleged sexual advances toward (supposedly) cringing and terrified white girls. The protection of the “white community” allegedly demanded this.

Doubtless there was a certain percentage of white women who lived in obsessive fear of black male sexuality. But it can never have been very high. The politicians were using the paranoid sentiments of a tiny sliver of women to justify irrational, punitive laws and customs. The law was to deny the observable, full humanity of blacks, their equal rationality, their religious commitments, and the fact that they were obviously of the same species as whites — otherwise the offspring of interracial marriages would be sterile, like mules, which they aren’t.

And that’s where we first spot the convergence with transgenderism. What is the ultimate go-to argument invoked when we resist transgenderist policies? The claim that if we don’t enable and support “gender transitions,” we will be goading troubled souls to suicide. I have seen that melodramatic claim over and over — despite its lack of scientific support.

In other words, to accommodate the claims of the mentally unbalanced, we must enact radical laws denying the evidence of our senses, the verdict of science, and all we know about human nature. Or else there will be violence.

Likewise, the leaders of the post-Civil War Klan and other segregationist groups claimed that Jim Crow laws were needed to accommodate … the minority of white women afflicted with overwhelming sexual phobias of black men. Of course, the segregationists didn’t admit that they were perverting the law to enable the mentally ill and delusional. They acclaimed those white women’s phobias as legitimate and honorable … exactly the way transgenderists now demand we fully accept the gender dysphoria of the few. And remake all society to accommodate them.

Their Suffering Is on Our Hands

Every troubled person we encourage to mutilate himself or herself in the vain pursuit of psychic peace is as much a victim as the black men lynched by mobs all across the country over the decades. Every woman whose sport is ruined, or locker room invaded, is a victim of irrational discrimination, as black citizens were before the Civil Rights movement.

White racism was every bit as profound an attack on human nature as God made it as transgenderism is. We’ll need a religious revival as powerful as the Civil Rights movement to snuff out this new and equally diabolical delusion.

Raised in Segregated South, He’s Still Proud to Be an American