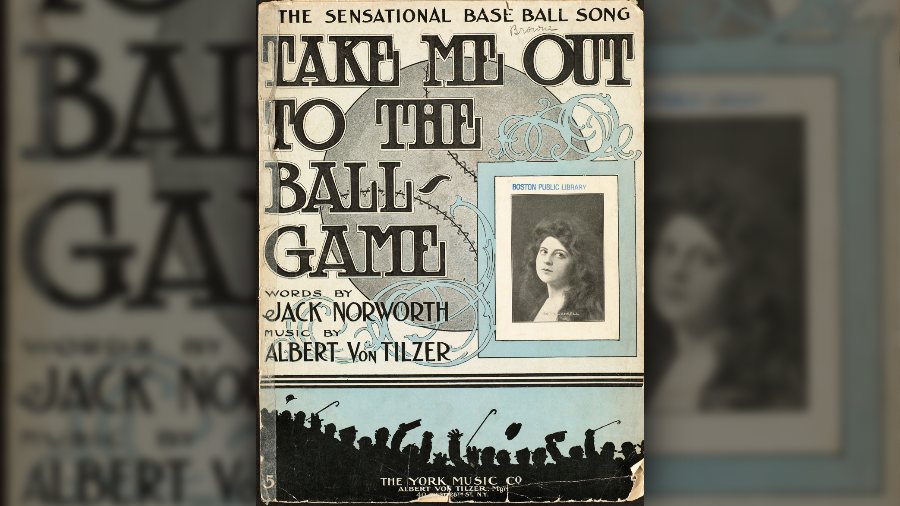 This is believed to be the first published regular edition of the famous baseball classic, “Take Me Out to the Ball Game.” Interestingly, Jack Norworth, the lyricist, is rumored to never have attended a major league baseball game before he wrote the words on a scrap of paper while riding a subway in New York. The original poem resides in the Baseball Hall of Fame in Cooperstown, New York.

The dust-up continues over Major League Baseball’s decision to pull the All-Star Game out of Atlanta over Georgia’s voter integrity law. Baseball is fouling one off its own foot.

As Stream writer and Washington Nationals blogger Tom Sileo remarked, after the COVID shutdowns major league baseball teams really can’t afford the revenue loss from any potential boycott of the sport. Former President Donald Trump has called for such a boycott in the wake of MLB’s decision.

The Stream published two articles Monday on the Georgia law and baseball’s big whiff: Dr. Michael Brown’s “A Bipartisan Proposal for Election Integrity and Voter ID” and your humble writer’s own “Say It Ain’t So, Joe! Major League Baseball Answergs Biden’s Call to Pull All-Star Game Out of Atlanta.”

And just out this morning, conservative columnist and Cincinnati Reds shareholder Ken Blackwell, took a swing. He notes how baseball is now cozying up to Communist China. “Big Red Machine” doesn’t mean what it used to.

So where’s the All-Star Game going to be played? At Coors Field in Denver, Colorado. A state, as Jonathan Turley writes, that requires Voter ID and has fewer voting days than Georgia. And has a much greater percentage of white folk. By Biden’s logic, Colorado’s law is Jim Crow on steroids AND weed.

Meanwhile, in protest of MLB’s decision to push a “false narrative” about the Georgia election law, Texas Gov. Greg Abbott cancelled plans to throw out the first pitch at yesterday’s home opener of the Texas Rangers.

Abbott missed his chance to pitch before a sell-out crowd. The Rangers, as part of Abbott’s rejection of new government-forced COVID mandates, have no restrictions on seating this season. Meaning, the Rangers got to play their first regular season game at the new Globe Life Field in front of nearly 40,000 fans.

So this is what a packed ballpark feels like?! Almost forgot. What a sight! pic.twitter.com/L4nz2lc7fi

Speaking of Governors, COVID and All-Stars …

There’s bending the truth; there’s breaking it in two; and then there’s what CBS did to Florida Gov. Ron DeSantis Sunday night. 60 Minutes claimed that Gov. DeSantis pushed to have COVID-19 vaccines given to the wealthy before the poor. Worse yet, he contrived to have the food store chain Publix deliver them because they’d donated $100,000 to his campaign. A “pay-to-play,” hissed CBS.

One problem: It’s a lie. Everyone says so. Not just DeSantis, but Publix; and not just Publix but even Democratic state health officials and Democratic Palm Beach County Mayor David Kerner. In fact, Kerner says “60 Minutes should be ashamed of itself” for airing an “intentionally false” story.

“Intentional” is a serious charge. So how does Mayor Kerner know it was intentional? Because 60 Minutes deliberately edited out DeSantis’ explanation for why Publix got the deal.  The state had already contracted with Walgreens and CVS to handle senior living facilities. Publix was the first of the other chains to raise their hand, ready to go with the next phase of rollouts. And that wasn’t even DeSantis’ decision. He did do a test run to see if Publix could handle the distribution, and seniors gave it a thumbs-up.

So what about the “vaccinating the wealthy first” charge?  Florida gave priority to seniors, sensibly enough. As we’ve known since day one of the pandemic in the U.S., they’re the most vulnerable. And seniors tend to have accrued more money in their life.

In short, the CBS story was a hatchet job … with a dull blade. Gov. Mike Huckabee takes on the CBS propaganda hit piece in his Stream article, “Possible GOP Candidate for President Earns 60 Minute Hit Piece.”

Terrorists at the Border, Easter Bunny at the White House

“Two men from Yemen were apprehended and found to be on the FBI’s terrorism watchlist after illegally crossing the southern border in January and March, Customs and Border Protection (CBP) announced Monday,” The Daily Caller News Foundation has reported.

Oddly, the CBP’s press release announcing the terrorist bust has been deleted. House Republicans are curious why. They’re wondering if it’s part of the Biden Administration’s efforts to seal up information about the border. “Transparency in name alone is not transparency,” they tweeted.

.@DHSgov & @CBP Why did you take down your previously public tweet & press release announcing that two people on the terror watch list were apprehended exploiting President Biden's open border policies?

Transparency in name alone is not transparency. https://t.co/6SONcvlwAa

Also missing from the scene, Vice President Kamala Harris. Biden put her in charge of handling the unfolding border disaster nearly two weeks ago, but she’s been as scarce as a Honus Wagner baseball card.

Her boss, meanwhile, is being criticized for not mentioning Jesus Christ in his Easter Message. Fortunately, we didn’t need Biden, CBS or the Easter Bunny to tell us “He is Risen!”

Speaking of the Easter Bunny, the fuzzy fella made his traditional visit to the White House Monday. And he was wearing a mask. Nothing better than health virtue signaling from a bunny whose main task is loading children up with sugar. 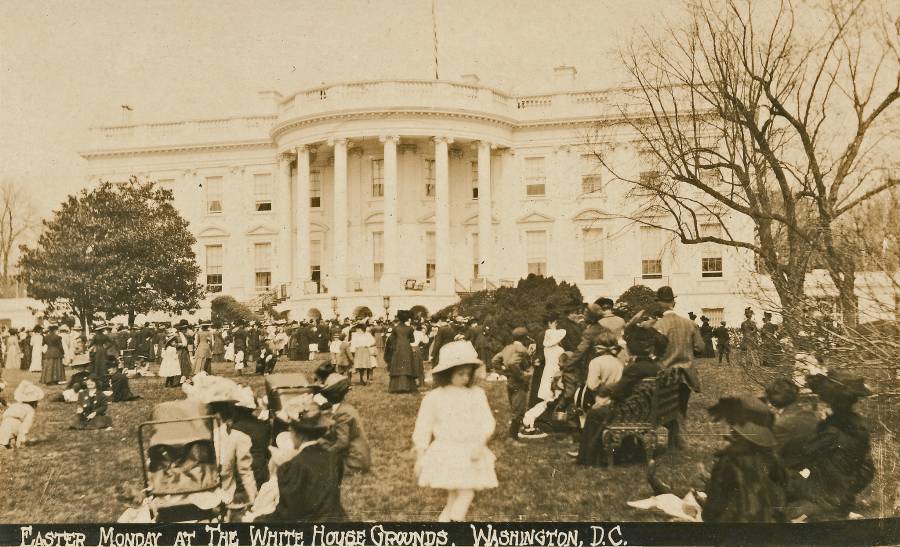 An undated photo of the annual White House Easter Egg Roll, circa 1910.

Meanwhile, north of here, when cops crashed his Easter service trying to enforce Canada’s draconian lockdown laws, Pastor Artur Pawlowski of the Cave of Adullam Church in Alberta would have none of it. “Out! Get out!” Pastor Pawlowski shouted, before launching into a now viral dressing down of the officers.

“Unbelievable, we’re living in a total takeover of the government with their thugs, goons, the brown shirts, the Gestapo wannabe dictators,” Pawlowski is heard saying. “Coming to the church armed with guns and tasers and handcuffs to intimidate during Passover celebration? Well I guess that’s what it is, they want to enslave us all like the Egyptians did. They want to be the Pharaohs of today, that’s what they’re doing. Unbelievable. People, if you don’t stand up, wake up, I don’t know what will happen tomorrow.”

No, we do not know what tomorrow will bring. But we do know that on Easter Sunday, Pastor Pawlowski brought his spine to church.