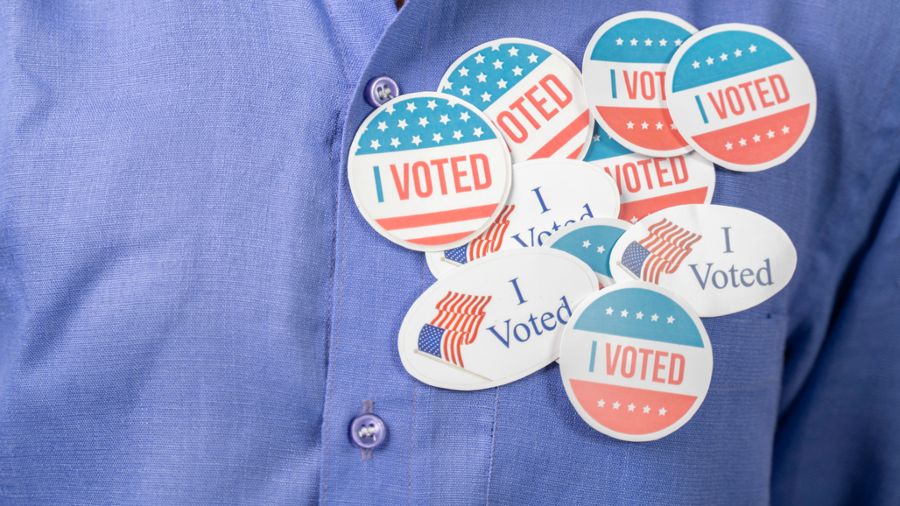 Corporate titans tripping over themselves to be “woke” by condemning election integrity laws like Georgia’s S.B. 202 are failing in their duty to focus on running their companies profitably, ironically instead pushing an agenda that other nations show destroys private business under one-party socialist rule.

As a shareholder in the ownership of a major sports franchise and a former partner in a broadcast company, I could do whatever I want with profits once they were in my personal pocket. But I could not treat shareholders’ money that way when serving on a board or as a corporate officer.

Because I’ve also served on a number of boards of directors, both for-profit and nonprofit organizations. Nonprofits are dedicated to some sort of mission, whether it’s educating the public, charitable work, or advancing a particular political or policy issue. By contrast, for-profit companies’ top objective is to turn a profit for the shareholders.

An Obligation to Make the Most Profitable Choices

Directors on for-profit boards know that they have a fiduciary obligation to those who own shares in the company to make money, giving those shareholders a return on their investment. Corporate officers — from the CEO down to vice presidents — must answer to the board to explain how their decisions are in the financial best interests of the company. When officers fail to make decisions based on that objective, or directors fail to hold officers accountable, shareholders can even bring lawsuits against them.

Many such corporate leaders are simultaneously doing business in China — which truly is an oppressive, freedom-crushing regime that does not allow democratic voting at all.

So it’s stunning to see companies like Coca-Cola and Delta Air Lines have become so woke that they take public stands condemning some of their own customers (and presumably some shareholders as well) in Georgia, and as Major League Baseball moves the All-Star Game to a state that probably has similar or more restrictive election laws.

Many such corporate leaders are simultaneously doing business in China — which truly is an oppressive, freedom-crushing regime that does not allow democratic voting at all — kowtowing to Beijing, often with over-the-top flattery and gushing praises, while denouncing duly elected lawmakers in American states passing laws to protect the voting process.

These corporatist wokesters have been sucked in by Joe Biden’s “big lie”: that these laws are racist and un-American to the point of being “Jim Crow on steroids.” Those of us whose families lived under Jim Crow segregation decades ago, and also who in modern times have the everyday experience of pulling out photo identification for all sorts of common activities like checking into a hotel or getting medicine, find that comparison appalling.

Yet some corporate leaders are tripping over themselves to be President Biden’s apologists. Consumers are turning on many of them by pulling back from purchasing products from some of those companies, which will hit their bottom line. These corporate officers who are treating their for-profit corporations like nonprofit political activist groups may yet be held to account.

What are these corporate leaders (and Biden) condemning? Election integrity laws like voter ID.

The reality is this: the least favorable poll for voter ID laws I’ve seen lately — from the Associated Press — said that 70 percent of Americans support this commonsense measure. Other recent polls say 77 percent. Americans support these laws by overwhelming margins, and black Americans support them by a whopping 38-point margin (64 to 22). Let’s be clear: Jim Crow doesn’t get that kind of poll numbers in the black community.

As I’ve written before in a university publication, election integrity is part of your voting rights — your right to have your legal ballot fully counted, not diluted by other people doing something illegal.

Speaking for my home state of Ohio as someone who spent almost three decades in elected office there: Ohio’s voting laws focus on election integrity as much as Georgia’s new law, with our own voter ID requirements and other safeguards. And we have two baseball teams: the Cleveland Indians and the Cincinnati Reds (the sports franchise in which I have ownership shares).

If they’re targeting Georgia today, they can target Ohio tomorrow, and whatever state you call home.

But Biden is not just condemning states’ fulfilling their sovereign responsibility to protect their citizens’ votes. He’s also pushing H.R. 1 (S. 1 in the Senate) — the Corrupt Politicians Act — which would abolish all voter ID in America, mandate nationwide mail-in ballots with no way to confirm the identity of the sender, universally register as a voter everyone who interacts with the government, repeal laws that clean up voter rolls and basically take everything that caused chaos and problems in 2020 and make it the law of the land.

The Corrupt Politicians Act is a hyper-partisan power grab to ensure that America becomes a one-party state, where only Democrats are able to win the White House and both houses of Congress. In just a few short years, that would mean they control the courts as well. Serving as the U.S. ambassador to the U.N. Human Rights Commission, I’ve seen in other nations what one-party rule gives you: socialism, where companies exist only at the pleasure of an authoritarian government.

By the same reasoning that the corporate wokesters at Coca-Cola, Delta, MLB, and other businesses condemn S.B. 202, they would also have to endorse and push the Corrupt Politicians Act to be consistent. Such a regime would destroy the very free-market principles they rely upon to run successful businesses.

Laws like S.B. 202 make it easy to vote, but hard to cheat. The Corrupt Politicians Act does the opposite. It’s not good business to take sides against such a principle of American freedom.

Ken Blackwell is on the policy board of the American Constitutional Rights Union and is the former Ohio secretary of state. He is a Senior Fellow for Human Rights and Constitutional Governance at the Family Research Council.