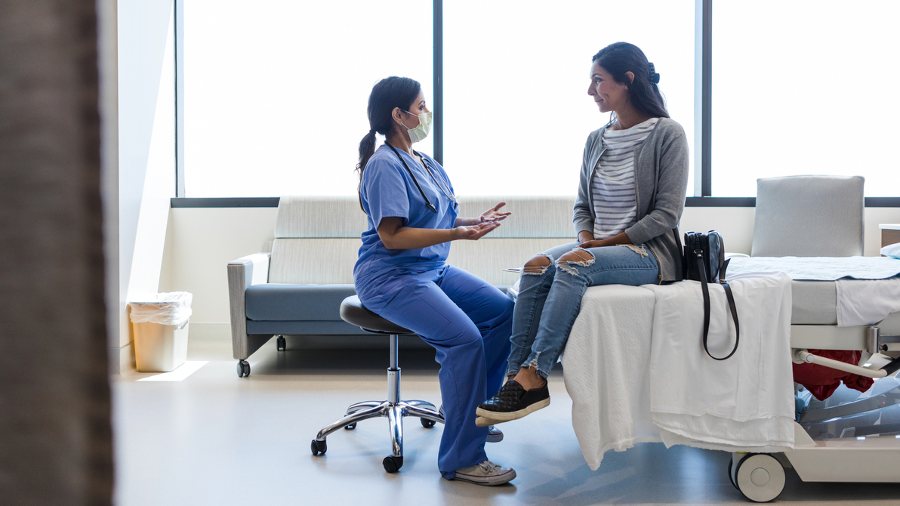 Currently, 15 states restrict abortion in the first 15 weeks of pregnancy, according to The New York Times, and every single one of those laws allows for the removal of fetal remains in cases of miscarriage as well as abortions to save the life of the mother, according to a Charlotte Lozier Institute legal study and a doctor who spoke with the Daily Caller News Foundation. This fact hasn’t stopped abortion supporters from claiming that doctors are being barred from removing fetal remains from women’s bodies following miscarriage and that women will die as a result.

“The abortion industry preys on fear and uncertainty, and their deceitful insistence that miscarriage and ectopic pregnancy treatment is restricted or inaccessible due to pro-life laws is both wrong and endangering patients experiencing these complications,” Dr. John Seago, President of Texas Right to Life, told the DCNF, adding that timely treatment for miscarriage is “wholly permitted under all state pro-life laws.”

“Families could be investigated for miscarriages,” the pro-abortion group NARAL warned in an ad attacking Republican Georgia Gov. Brian Kemp. The ACLU claimed health care providers in Georgia could “once again provide essential abortion and miscarriage care” after the state’s heartbeat abortion limit was blocked in court, suggesting miscarriage care had been illegal under the law.

Similar statements have been made by media figures and political officials.

While some state abortion laws explicitly state that miscarriage treatment is allowed, this acknowledgement isn’t strictly necessary because the two procedures are easily distinguishable, according to Dr. Christina Francis, obstetrician-gynecologist and board member of the American Association of Pro-Life Obstetricians and Gynecologists.

“State-level bans on elective abortions do not stop physicians from treating miscarriages. They stop physicians from intentionally ending the life of a human being in the womb for no medical reason. If a woman is miscarrying, the embryo or fetus has already passed away; the physician would not be ending a life by helping the patient’s body pass the pregnancy tissue,” she said.

In a miscarriage, a dead fetus or embryo can either be delivered by the mother or removed surgically through a dilation and curettage (D&C) procedure; the procedure is also used for elective abortions, the only difference being that the fetus is still alive when a D&C abortion is performed.

"Do I abort this ectopic pregnancy to literally save my life or do I go to jail?"

Question women in America now have to ask.

Suggestions from activists that miscarriage treatments are under threat have created confusion and fear among both pregnant women and doctors about what kind of procedures are allowed, according to Francis and Seago.

A woman in Ohio, where abortions are restricted after a fetal heartbeat can be detected around 6 weeks, was reportedly sent home from the emergency room rather than being offered a D&C during a miscarriage in which she was heavily bleeding, according to NPR. The outlet only mentioned towards the end of its story that nothing in Ohio’s abortion law would have prevented a D&C or other miscarriage treatments for the patient; NPR has published several other pieces suggesting abortion restrictions could block women from getting miscarriage treatment.

“If the details in the article are accurate, this woman deserved better treatment, and the abortion laws in Ohio are not at fault,” Francis told the DCNF. “It is the fault of her treating physician for not providing indicated medical care.”

“It is the responsibility of hospital systems and medical organizations to ensure their physicians have an accurate understanding of their state laws and that they understand that treatments for conditions such as ectopic pregnancy and miscarriage are not prevented by any abortion restriction in any state in this country,” Francis said. “Narratives stating otherwise only scare women away from seeking treatment when they need it. Women deserve better.”

NARAL, the ACLU, NPR, the White House, Spiers and Jayapal did not respond to the Daily Caller News Foundation’s requests for comment.

Update on the Fight to Redefine the Word ‘Heartbeat’