Will the Democrats’ Impeachment Game Hand Syrian Christians Over to Persecution?

The White House is dangerously distracted. Turkey might take this moment to pounce. 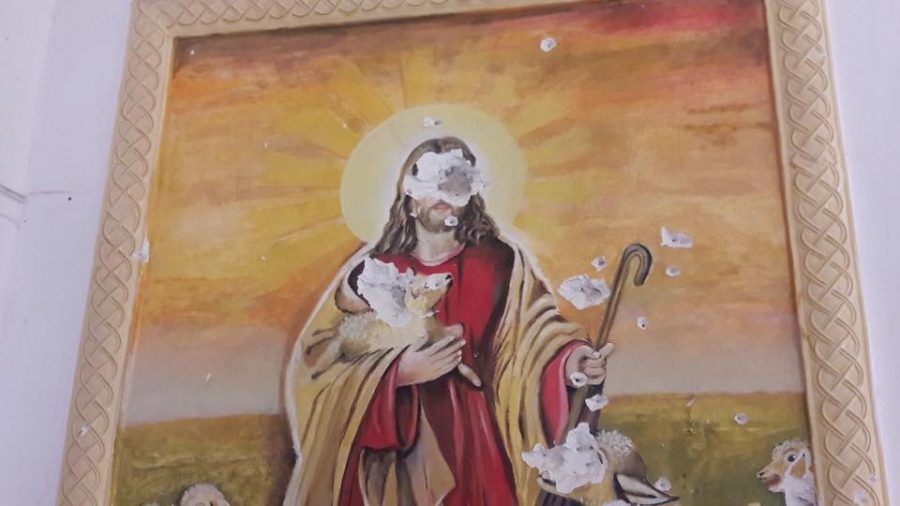 Since 2014, an island of religious freedom has risen in the Middle East. I mean Northeast Syria. Its Autonomous Administration grew up in the wake of Assad’s forces fleeing in 2013.

Kurds, Arabs, Syrian Christians, Yazidis and other minorities all worked together for once. They built from the ground up a free and fair government. It embraces multi-ethnic governance, freedom of religion and equality and freedom for women. As North-East Syria faced the threat of ISIS, it had to defend itself against other terrorist gangs. These included al Qaeda jihadists whom some American politicians (see John McCain) had foolishly declared “moderates.”

To face all these threats, the people of the region created the Syrian Democratic Forces (SDF). You might remember them as the force that battled and crushed ISIS on the ground, so U.S. troops didn’t have to.

In this country, unlike most of the region, Syria’s Christians kept full religious freedom, including the right to evangelize. They formed part of the government, with equal representation. They maintained their own defense force, the Syriac Military Council. These Christians saw their language (Aramaic, which Jesus spoke) recognized by the government, and taught in their schools.

Will the political games in the U.S. Congress leave these Christians abandoned? What about the Yezidis, a helpless and non-violent people who were ISIS’s first choice as victims for massacre and rape camps?

The Freedom to Preach the Gospel

Even more remarkable? Christians, free to preach the Gospel, started attracting converts. Thousands of Kurds and Arabs, free here as nowhere else, embraced Christianity. No “religious police” or Islamist gangs harassed them. The Christian congregation of Kobane just added a second church building to accommodate its flock. Almost all are converts from Islam.

Other new Christian congregations thrive and grow across the region. As the SDF has liberated one-third of Syria from ISIS, this freedom of religion spread through a large part of Syria. (Under Assad, Christians have narrow “freedom of worship,” but no right to evangelize. Their churches and language aren’t recognized by the government.)

I need to point out something important: In Northeastern Syria, even Muslims have real religious freedom. They don’t face the death penalty if they choose to become Christians, as they do in many countries. This spark of religious liberty, if not snuffed out, could transform the whole Middle East in future decades.

But all that’s in danger now. The Islamist dictatorship that Tayyip Erdogan leads in Turkey wants to wipe the new region out. He threatens, despite the presence of U.S. forces, to invade Northeastern Syria. So far President Trump has stood firm alongside his allies against ISIS. But will the impeachment frenzy in Congress distract him? The freedom-loving peoples of the region are praying it won’t.

Alas, we know how this would play out. Erdogan already invaded Afrin, in Northwestern Syria in 2018. His troops and al Qaeda allies destroyed the new Christian churches. They bombed schools and hospitals, and sent hundreds of thousands of refugees fleeing. Will we let that happen again, to the Christians whose sons and daughters helped America conquer ISIS? Below is a video of a Christian pastor in Afrin, back in January, praying for protection for his congregation of converts to the Gospel of Jesus Christ.


Kurdish Christian Praying for Deliverance from The Stream on Vimeo.

Religious Minorities in the Cross-Hairs

Will the political games in the U.S. Congress leave these Christians abandoned? What about the Yezidis, a helpless and non-violent people who were ISIS’s first choice as victims for massacre and rape camps? A Turkish invasion would make them targets for al Qaeda jihadis eager to “kill the infidels.”

Will Trump Keep His Word?

Until now the U.S. has kept a small force guarding Northeast Syria. Earlier this month, President Trump spoke eloquently in defense of religious freedom. His audience included U.S. Christians from churches a lot like the new ones in Northeast Syria.

Today, with one clear voice, the United States of America calls upon the nations of the world to end religious persecution.

To stop the crimes against people of faith, release prisoners of conscience, repeal laws restricting freedom of religion and belief, protect the vulnerable, the defenseless, and the oppressed, America stands with believers in every country who ask only for the freedom to live according to the faith that is within their own hearts.

As President, protecting religious freedom is one of my highest priorities and always has been. Last year, our Secretary of State, Mike Pompeo, hosted the first-ever Ministerial to Advance International Religious Freedom.

Today, President Trump has the chance to act on his words. Alarmingly, sources tell us he might in fact pull U.S. troops out to placate Turkey. That would be a disaster for Syrian Christians and all freedom-loving people of the region. It would also betray an ally who saved thousands of U.S. troops from combat against ISIS. Abandoning the Syrian Democratic Forces the moment the U.S. is finished with them would teach an ugly lesson to future U.S. partners. Furthermore, the chaos unleashed would help Iran cement its own claims over Syria, which it hopes to use as a road for attacks on Israel.

If the SDF has to fight the Turks and al Qaeda, it won’t be able to hold the 6,000 ISIS fighters and their families now in custody. They’ll be unleashed again on the region. In other words, the whole Syrian civil war will start all over again, complete with more refugees flooding into Europe.

Remember: President Trump has the power to stop all this, without shedding American blood. But he’s got other issues on his mind here at home, stealing his attention, putting crucial international concerns at risk. There is indeed a real risk that the Democrats’ impeachment inquiry will distract him from doing what must be done for Syria and its Christians.

He’ll need to look away from the Democrats’ machinations, and keep his eye on U.S. national interests, and the country’s founding ideals. Let us pray that he does. His foreign policy legacy stands on the brink of getting squandered.