Are Christians in Syria in Danger of Another Invasion by Turkey? 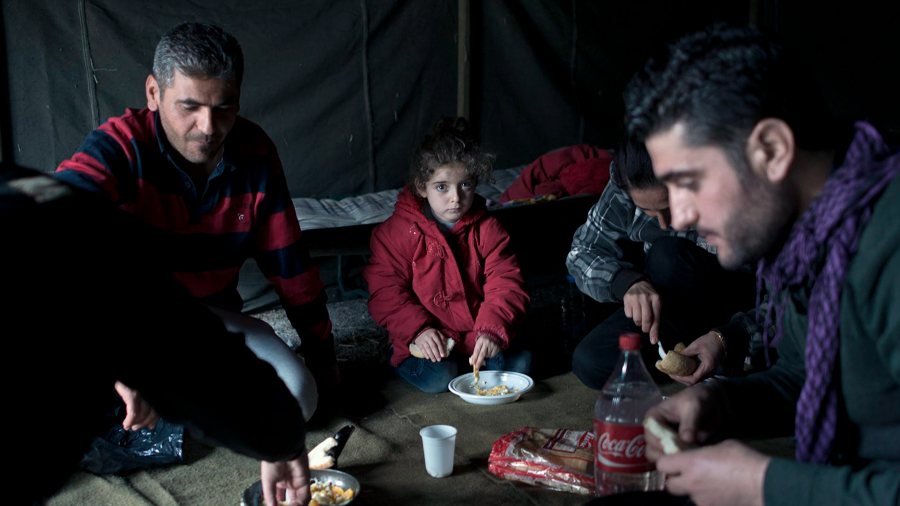 International media have reported on a military build-up by Turkey on its border with the divided nation of Syria. This is ominous, given Turkey’s previous bloody incursions, which unleashed Islamist militias against Syriac Christian and Kurdish residents of regions such as Afrin. To understand what might happen next, The Stream decided to interview regional expert and religious freedom advocate Johannes de Jong, a frequent contributor to our pages.

John Zmirak: Johannes, for several years you kept Stream readers up to date on the conflict in Northern Syria, where an ancient Christian community is threatened with genocide, or life under sharia. You chronicled the fight of Syriac Christians against ISIS, Turkish-backed Islamist militias, and the dictatorial Assad regime. They took part in the conquest of ISIS’s last territory. Those Christians form part of a coalition government with Kurds, moderate Arabs, and other Syrians who support religious freedom and democratic self-government in a region where such values are scarce. Can you give us an update on how the Autonomous Administration of Northern Syria is doing, two years into the Biden administration?

Johannes de Jong: Let me put it this way: it could be a lot worse. The Biden Administration has lifted the sanctions against Syria for the areas that are in the Autonomous Administration. The U.S. has been very clear both in diplomatic and material terms that it plans to stick with the Syrian Democratic Forces (SDF) and the Autonomous Administration. (The SDF is the army of the AA.) The other problems would for any US administration be beyond their control. The fact that Turkey is trying to stop water flowing to Syria and other issues that affect the economy will require bigger change in the region as I see it.

Headlines are warning that the Turkish government is massing forces on the Syrian border — this after its destructive incursions into Syrian territory in 2019 and 2020. What do you think that the Erdogan regime wants? What might it be prepared to do?

It’s a weird situation and hard to precisely understand. The issue is that Turkey is threatening to attack Tal Rifaat and Manbij. Tal Rifaat is an area just north of Aleppo. Manbij sits in an area in the north between Turkish-controlled areas and the Euphrates. It is important to understand that there have never been US forces in the Tal Rifaat area. Since 2019 (when the US pulled back towards North-East Syria), the Russians have moved in there as they wish to stop Turkey taking more of Syria.

So while both areas are under the civilian governance of the Autonomous Administration, they are militarily protected by a mixture of SDF, Russian forces, Assad regime forces and Iranian militias. The Russians, Assad and Iranian militias of course don’t care for the people there, but they all have a vested interest in blocking Turkey from taking these areas. This is important because it means that if Turkey would try to take Tal Rifaat and Manbij, it would not only be at war with the SDF. It would be at war with Russia, Iran and Assad as well. That is why I said that it is a weird situation as it is hard to see how Turkey would pull that one off. Turkey is now basically asking Iran to move aside, but I cannot see that happening.

A Disaster for Christians

What could be the effects of such an invasion on the religious freedom and political autonomy of Christians in the region? Of Kurds and others?

It would be a disaster of course for everyone. You have to understand that if Tal Rifaat and Manbij are taken by these Turkish jihadists, the people there would suffer beyond belief. Not only that, much more populous areas, like Aleppo, would be under direct threat. Attackers would be able to destroy Aleppo and its people by simply shelling it from Tal Rifaat. There is still a serious Christian population in Aleppo and that community would be wiped out. This is happening already with areas that are bordering areas controlled by Turkish jihadists. They just shell everything to pieces bit by bit.

The Autonomous Administration has been seeking a place at the negotiation table, and some working relationship with Syria’s legal, authoritarian government — which is backed by Russia and Iran. What’s the status of these talks?

In my opinion the Assad regime is not legal but it is there and that is a reality that the Autonomous Administration and its SDF have to deal with. Aside from some clashes there has never been a ‘state of war’ with the Assad regime. That regime seems to have reached the conclusion that it is not in its interest if Turkey takes more of Syria, even if it is at the expense of the Autonomous Administration. It is crystal clear now for everyone that any area that Turkey takes is not going back to Syria. Maybe the situation in Cyprus has reminded Assad of that fact … .

There is a persistent rumor that Turkey will declare northern Cyprus a part of Turkey. First their proxies took it and controlled it, now Turkey would formally incorporate it. The same can happen with Turkish-occupied areas in Syria. So there is a serious incentive for Assad to have a real understanding with the Autonomous Administration and there seems to be progress on that end.

What should America say and do to promote religious freedom and political reform in Syria?

First of all, keep doing what you are doing. Secondly, make it extremely clear to Turkey that any attack against any area of the Autonomous Administration where US forces are stationed, will be considered an act of aggression against the US. Thirdly, make it clear that any area that Russia leaves will be filled by US patrols. (That would block any dirty deal between Turkey and Russia there. Finally, make it clear to Turkey that any such move against our allies will mean that Turkey will not be defended as a NATO state if Turkey itself is attacked.

These steps are the best way to make sure that Turkey does not go any further and that ISIS does not return. I think we can all agree that the world is better off without a return of the ISIS caliphate. But any Turkish invasion would give ISIS precisely the space it needs to bring its evil caliphate back. Sticking with the Autonomous Administration and the SDF spares a lot of costs later.

Do you think Turkey got the “green light” from NATO to conduct more aggression in Syria in return for lifting its veto of new proposed NATO members Finland and Sweden?

There is no indication at all in that direction. The White House offered a Turkish return to the F-16 deals (meaning they would be able to buy these and parts and so on). However, it seems that Congress and Senate will not allow it. As Sweden and Finland will not illegally extradite people to Turkey either, their applications are stuck. Turkey will not ratify these requests. They should call on the other European states to put serious pressure on Turkey. They can do that, since Turkey’s economy is in a very difficult situation. The big question is if the German government finds its arms industry more important than the security of fellow EU Member States. I think it is time for Germany to clarify that.

Will the Ukraine War Go Global?

Do you have any comment on what’s happening in Ukraine? Is there any hope of a negotiated peace? What are the obstacles? What are the alternatives — a “quagmire” backed by NATO that destroys Ukraine? A wider, even world war?

A world war is surely not in Russia’s interest. I don’t share the idea that it is somehow the fault of NATO. It is purely an act of aggression by Russia, and the people of Ukraine suffer immensely. I see that Germany and France continue their attempts to a negotiated end to the war. Perhaps all this will lead to some ‘frozen frontline’ in the east of Ukraine? All I know is that I hope and pray that the Ukrainian people that I happen to know will get through this and that the war will end somehow.