Is the Trump Movement Like Syria’s Kurds, an Indispensible Ally for Christians? 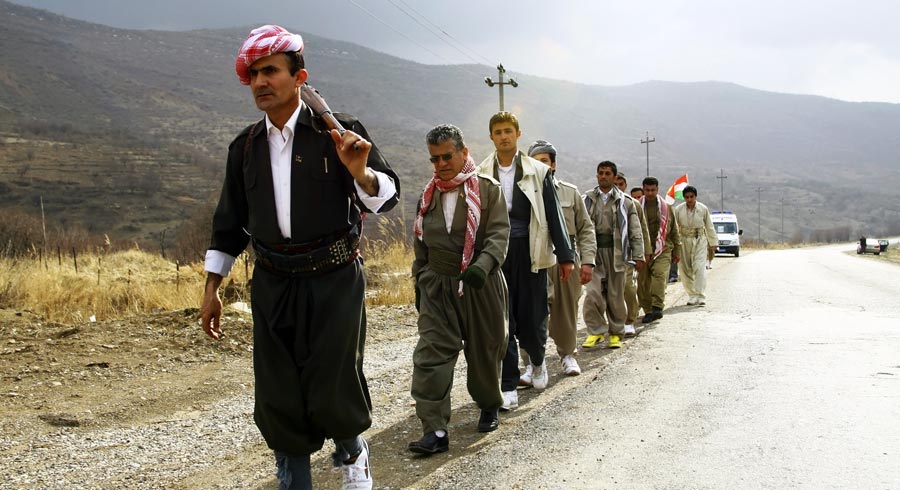 This is the last installment of my long-term series examining the links between the Christian worldview, resistance to tyranny, and the gun rights ensconced at the heart of the American Bill of Rights. In the last column, I told the tragic story of the ancient Christian community in Iraq.

The Cradle of the Church

A place where the Apostles trod while most of our ancestors roamed pagan forests, where third-century monasteries till recently held 1500-year-old manuscripts of the Gospel, Iraq was utterly devastated. Its Christian community, beaten down by drawn-out centuries of Muslim occupation, had learned to put its trust in a secular government for protection. It had no other options. When the U.S. smashed that state, and unleashed sectarian chaos, the regime our occupation imposed forbade guns to private citizens. While Islamists cheerfully flouted such infidel laws, the Christians mostly obeyed them.

And most of them were purged. Three-fourths of that ancient community were butchered or scattered. As late as 2014, I was hearing first-hand reports of Iraqi Christians huddled in unheated shipping containers — since even the refugee camps the U.N. ran were controlled by Islamists. All of this while U.S. troops, ordered by the Bush and Obama administrations not to interfere, mutely looked on.

The Arab Spring into Hell

As if Providence had arranged for a kind of controlled experiment, in neighboring Syria, a very similar group of Christians faced a parallel situation. Long protected by the tyrannical but secular Assad regime, Christians in Syria faced the prospect of the same chaos hitting them. Encouraged by the “Arab Spring” rhetoric of reckless American statesmen, Islamist rebels were trying to replace Assad’s government with a fundamentalist Muslim regime linked to al Qaeda.

American liberals and neoconservatives were actively trying to help them. In 2016, every Republican candidate apart from Rand Paul, Ted Cruz, and Donald Trump supported the U.S. shooting down Russian planes to help these Islamists take power — where they surely would have repeated the bloody purges of Christians we’d seen in Iraq.

Mercifully, Donald Trump won the nomination instead, and didn’t play nuclear chicken with Russia to help those “moderate rebels” linked to al Qaeda come to power. Instead he gave aid to secular, nationalist Kurdish rebels in that country. And here is where things get interesting.

One group of Syrian Christians clung to protection by the embattled Assad regime, which patrolled them and controlled them. They are still physically safe today, though far from free. (The secret police monitor all communications of clergy, and infiltrate their churches.) Their fragile condition of dhimmitude under a grudgingly tolerant government suggests the fate of American Christians in the very near future, if the Biden administration succeeds in jailing or silencing its political opposition. This is the “freedom” and “civility” that NeverTrump Christians offer us, going forward.

Another group of Christians in Syria took a much riskier road, but one with more hope. They aligned with the Kurdish rebels and genuine Arab moderates, and joined forces with their militias. They armed and trained themselves, and helped the Kurds fight a three-front war against the Islamist jihadists backed by John McCain, the forces of ISIS, and the Syrian government army supported by Vladimir Putin. With Kurds taking the lead, this coalition has carved out a region in Northeastern Syria that’s genuinely democratic, religiously tolerant, and free. The Stream’s Johannes de Jong has reported extensively over several years on this atoll of hope in a sea of bigotry.

An Island of Freedom in the Muslim World

In the Self-Adminstration of North-Eastern Syria (SANE), unlike any other part of the Middle East except for Israel, Christians are free to evangelize their faith. Muslims are free to practice their own, or join another. There is no sharia law, no secret police, no honor killing and no dungeons where dissidents are tortured. Christians don’t shiver in shipping containers, or beg for admission to refugee camps. They govern their own small communities, and fight in their own militias.

What is more, in 2017 with active assistance from the U.S., the Syrian Democratic Forces that fight for SANE attacked the armies of ISIS, and in just a few months conquered the last of its territory, wiping its so-called “caliphate” off the face of the earth. Now even the regime in Damascus must reluctantly deal with SANE as a neighbor, and its diverse communities are safe for the near future. For more on this astonishing story, read The Autonomous Administration of North and East Syria: Between A Rock and A Hard Place, by Thomas Schmidinger.

That is the difference which Christians can make when they are granted their fundamental right of self-defense. Indeed, it’s what free citizens can accomplish in rebuking tyranny anywhere in the world. The Christians in many other troubled countries such as Nigeria are currently crippled by well-intentioned, profoundly foolish laws that keep them helpless in the face of jihadi violence. Christians in safe countries shouldn’t be blandly calling for “an end to the violence,” but actively helping these persecuted believers to arm themselves.

Maybe we can also take a deeper lesson. In Syria, Christians had to choose between meekly seeking protection from a hostile secular regime, and joining forces with populist and nationalist allies who might not share their faith, in order to secure the means to protect the Christian community — like Donald Trump’s movement right here.