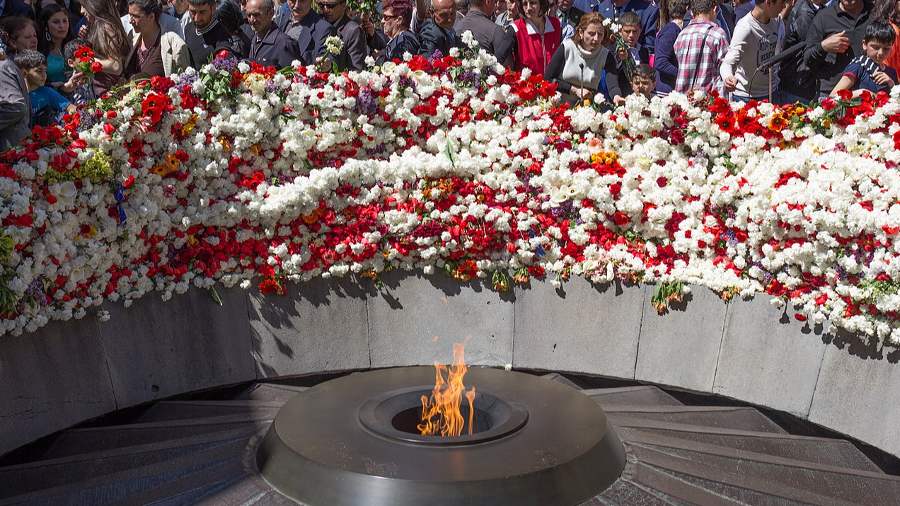 Robert Burns penned the line “man’s inhumanity to man” almost a quarter millennium ago. That phrase has been used a great deal since, by folks from George Orwell to Martin Luther King. Primarily it’s come to be associated with genocide. Back in 1975, in fact, the U.S. House passed a resolution for a National Day of Remembrance for Man’s Inhumanity to Man. This was intended to commemorate the 1 million or so Armenian victims of the Ottoman Empire in World War I.

That failed in the Senate. A number of countries, however, adopted April 24 to remember them. And 44 years later, both chambers of our Congress went on record agreeing that what the Ottomans did to the Armenians was indeed genocide. So before April 24 is too far in 2022’s rear view mirror, let’s examine that century-old horror — as well as what it means today.

What is ‘Genocide,’ and Why Did the Ottomans Do It?

First, what exactly is “genocide,” a term thrown about quite often today? It is defined in the “1948 Convention on the Prevention and Punishment of the Crime of Genocide.” How? As “any of the following acts committed with the intent to destroy, in whole or in part, a national, ethnical, racial or religious group.” These acts include killing, causing serious bodily or mental harm, intentionally inflicting harsh conditions, attempting to prevent births, and abducting children. During the First World War, (1914-1918) the Ottoman Empire used virtually all of these against Armenians. Why?

The Ottoman state was officially and majority Muslim. But it ruled vast Christian majority regions for centuries, until the late 19th and early 20th centuries. That’s when nations like Greece, Serbia, and Bulgaria regained their independence. The now more Muslim population in the rump empire blamed this on the remaining Christian minorities.

The Armenians were the largest such group. And most of them lived in eastern Anatolia, close by Russia. Even in the late 19th century, Sultan Abdul Hamid II had created special Kurdish military units that killed thousands of Armenians. Then the First World War broke out, with the Russian and Ottoman empires on opposite sides. Armenians were seen as “in league” with the Tsar. At the same time, Ottoman loyalties gave way to Turkish nationalism. The new Committee of Union and Progress took over and ran the Empire. It saw Armenians as an “existential threat.”

How They Did It

What must be done with such a threat? Radical Turkish nationalists decided the answer was “extermination.” And that’s what some of the Ottoman military tried to do in 1915 and 1916. Hundreds of thousands of Armenians were killed outright, or by forced marches through the Syrian desert. Another several hundred thousand were forcibly converted to Islam. Armenian property was seized. Churches were razed. The Armenian language and names were banned. Surviving Armenian women were married off to Muslim men. Armenian children were given to Turkish Muslim families. CUP leader Talaat Pasha orchestrated these policies. During the war Sultan Mehmet V was nothing but a figurehead.

The Immediate, and Longer-Term, Aftermath

When the war ended, the Ottoman state — which existed for several more years — did hold special tribunals to try the guilty officials. Many of them fled the Empire, including Talaat Pasha. A few years later, he was assassinated in Berlin by an Armenian hit squad, part of “Operation Nemesis.”

The Turkish Republic replaced the Ottoman Empire, but violence against Armenians continued. Eventually, Kurds replaced Armenians as the main enemy of the new Turkish state. (Kurds are the Middle East’s largest group of stateless people, whose desires for their own country threaten Turkey’s territorial integrity.) 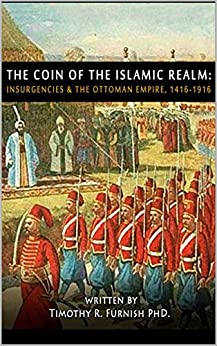 But Ankara has always refused to call what its predecessor did “genocide.” Indeed, “Turkey’s refusal to acknowledge any systemic wrongdoing on the part of the Ottoman Empire in destroying the majority of its Armenian subjects has intensified. This owes much to the ruling AKP’s [AK Party] ideological commitment to neo-Ottomanism.” In addition, “inside Turkey, the AKP’s denialism about the Armenian genocide contributes to an atmosphere of intolerance to Christians.” (For both quotes, see “Backgrounder: The Armenian Genocide,” Middle East Forum.)

Is Persecution of Modern Christians ‘Genocide?’

Now it is Christians who are most at risk in the former domains of the Ottoman Empire. A century ago, Christians made up 20% of the region’s population. Now? At most, 5%. Five of the 10 worst countries persecuting Christians are Muslim-majority ones. In others, either regional governments (Nigeria’s Muslim north) or non-state groups (ISIS, al-Shabab, Boko Haram, etc.) oppress Christians. Some have tried to label the latter activities as “genocide.” But mostly Western governments have only been willing to admit that the situation is “coming close” to it. Why? Being “pro-Christian” is anathema to Western secular elites.

Turkey comes in at #25 on that persecution hit list, with a Christian population under 1%. But the government of President Recep Erdoğan has been accused of still actively helping ISIS. Yet at other times the Turks have attacked that group. Why the policy schizophrenia? There are four major reasons. Distrust of Kurdish nationalism is such that any enemy of theirs (ISIS) is seen as worth supporting. Resentment of the AKP’s 2007 “Ergenekon” purge of the military, which now fears political retribution should policies go awry. Also, Turkey’s military leadership is profoundly conservative, unwilling to risk actual battle losses. Finally, there is a lingering Ottoman reluctance to help Arabs, still seen by many as inferior former subjects.

The Turks are NOT the Ottomans

In any event, modern Turkey is not doing anything remotely as horrible as what the Ottomans did to Armenians. Yes, critics keep using the term “neo-Ottoman” to refer to Turkey. But perhaps they don’t actually know what that term means. While Erdoğan often talks a good Islamic game, he has moved increasingly toward Turkish nationalism. To him, “the new world order is nothing but an arena of great power competition, between a resurgent Russia, the United States, China, and a frail Europe.” Erdoğan “wants to add Turkey to that mix as an economic and military power.”

This ideology is not neo-Ottoman. But it does hope to make Turkey the dominant Middle Eastern power. And what’s the alternative? Saudi Arabia or Iran. The former, while our ally, is a fundamentalist Sunni state ruled as a royal preserve by an extended family — one detested in much of the Muslim world. The latter is an eschatological Shi`i theocracy which is working towards nuclear weapons, and spoiling for a war with Israel. All things considered, the Turks are the best option to help lead the Middle East, and larger Islamic world, into modernity.

And there is more to the Ottoman legacy than just the horrific treatment of Armenians. As I point out in my book The COIN of the Islamic Realm: Insurgencies & the Ottoman Empire, 1416-1916, the Ottomans battled many Muslim insurgencies over the centuries. Many resemble, and are predecessors to, modern terrorist groups. These included fundamentalist Sunnis, Shi`i sects, and even apocalyptic Mahdis.

Perhaps we can learn something about dealing with such threats from the Ottoman experience. For all its faults, the Empire was a member of the community of nations and preserved order over against chaos in its Middle Eastern domains — at least until it went off the rails in the early 20th century. So by all means, let’s acknowledge the Ottoman slaughter of Armenians, and hope that the Turks will as well, some day. But at the same time, we should not let that blind us to all else that the Ottomans did. Nor insist that today’s Turks are guilty of that ancestral sin.