Why is Andrew Cuomo Killing Patients in Nursing Homes?

Imagine if we'd responded to AIDS by closing everything BUT the gay bath houses. 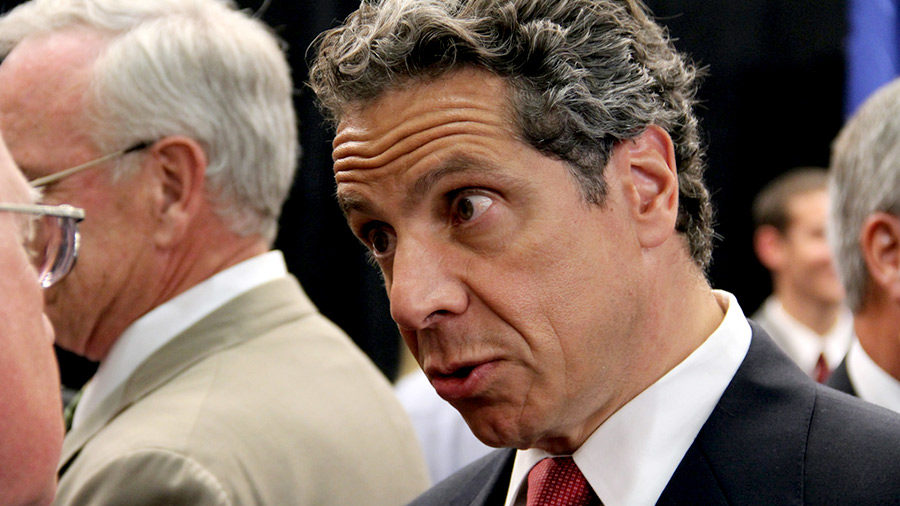 I’ve written here before about the weird phenomenon of the cargo cult. In that context I was describing it in order to make some points about Darwinism. But today I’d like to focus on an even less savory subject, NY Governor Andrew Cuomo. Because he clearly belongs to such a cult. His sect uses scraps and fragments of Christian morals and mores. But without knowing what they’re for or how they work.

The End of Weekend At Biden’s?

The media are treating Cuomo as the shadow legitimate president in exile, and Joe Biden like the ghost of elections past. So I suspect something is up. Maybe the Democratic National Committee has given up on its revival of Weekend At Biden’s. It wants a functioning, conscious candidate who doesn’t sniff strange women’s heads.

I think the DNC will sooner or later send out a text to all its loyal Assassins at CNN and The New York Times, and tell them to make the hit. The message will inform them that Tara Reade’s sex abuse charges against Biden (which they have ignored as flimsy) are suddenly “troubling” and “deeply problematic” because … well, reasons. They’re clever fellows. They’ll think of something.

Biden will protest, flap around like a flounder on deck for a news cycle or two, then accept some quiet offer he can’t refuse. The whole thing will be over in 48 hours. The Democrats will cancel their in-person convention. Then hire consultants from the old East Germany to conduct a delegate plebiscite by email. We’ll have a whole new race. And a tougher one.

Will Cuomo Let His Cargo Cult Faith Dictate His Politics?

What if Andrew Cuomo is not in fact a flagrantly lapsed Catholic, but a member of a South Sea Cargo Cult? Then we have the right to know. No, there’s no religious test for public office. But we must be sure that he wouldn’t let his religion dictate his decisions as president. Because they seem like the only explanation of his actions as New York Governor.

I wrote about such cults last summer.

They appeared with mysterious light sticks and dangerous fire sticks. They climbed out of gleaming ships. And carved out airfields. Then they waved their arms and lit their strange fires, and the Great Birds came down. More airmen climbed out of their bellies. Best of all, these newly landed “gods” weren’t hostile, but friendly. They unloaded great boxes of treasure. And gave them out to the natives. Unusual foods and drink, astonishing magic tools and powerful medicines.

Wikipedia reports what happened next:

With the end of the war, the military abandoned the airbases and stopped dropping cargo. … In attempts to get cargo to fall by parachute or land in planes or ships again, islanders imitated the same practices they had seen the soldiers, sailors, and airmen use.

Cult behaviors usually involved mimicking the day-to-day activities and dress styles of US soldiers, such as performing parade ground drills with wooden or salvaged rifles. The islanders carved headphones from wood and wore them while sitting in fabricated control towers. They waved the landing signals while standing on the runways. They lit signal fires and torches to light up runways and lighthouses.

In a form of sympathetic magic, many built life-size replicas of airplanes out of straw and cut new military-style landing strips out of the jungle, hoping to attract more airplanes.

This is precisely how Andrew Cuomo treats the Christian (and hence American) view of the person, as the image of God with unique value and inalienable rights. He puts that view on like a fake pilot’s cap woven of palm fronds, and sings litanies of praise for “women’s reproductive choice.”

Cuomo seems to believe that by aping Christian rituals, he’ll attract the valuable “cargo” of ordered liberty, justice, and respect for human rights. Perhaps some patient anthropologist in a Pith helmet will explain to him, “Sorry, my dear chap. But that’s not how any of this works.”

When he lit up the Empire State Building in pink to celebrate New York’s pro-infanticide law? He may in his primitive mind have meant to emulate Christian behavior at Christmas. Poor Cuomo doesn’t realize that we light up our cities to celebrate a child’s birth, not children’s deaths.

Cuomo seems to believe that by aping Christian rituals, he’ll attract the valuable “cargo” of ordered liberty, justice, and respect for human rights. Perhaps some patient anthropologist in a Pith helmet will explain to him, “Sorry, my dear chap. But that’s not how any of this works.”

Cuomo credits the strange taboo that mentally ill “transgender” people have the right to demand our compliance with their tragic, self-harming delusions. That’s one of their “rights.”

But pro-lifers, orthodox Christians, and Second Amendment advocates don’t have the right to reside in New York State. We can see in the tangle of such wildly conflicting claims the shadowy workings of the pre-philosophical mind, which kneels before lightning and thunder and thinks in images and myths.

Every Life Matters. Except for Old People

The most poignant, touching example of Cuomo’s sad, knock-off religion? When he spoke to defend his draconian lockdown of the whole of New York State — including the rural environs of Niagara Falls — for the sake of New York City. Cuomo spoke of his elderly mama with what sounded like filial piety. Then he aped Christian ethics more plausibly than ever. He told the press: “I want to be able to say to the people of New York — I did everything we could do. And if everything we do saves just one life, I’ll be happy.”

That sounded good to me. Cuomo got the words right and even pronounced them correctly. It seems that he got hold of one of the missionaries’ books and has been memorizing phrases. But he doesn’t know what they mean. Leave aside his practice of human child sacrifice. What kind of tribe venerates its elders and claims to protect them from every threat — then callously and needlessly exposes them to death? What kind of leader would close down most buying and selling, and lock his villagers in their homes, to fight a plague, then send infected people to sit in the huts with the old folks?

And that’s exactly what Cuomo is doing. His Department of Health just issued this decree:

No resident shall be denied re-admission or admission to the NH [nursing home] solely based on a confirmed or suspected diagnosis of COVID-19. NHs are prohibited from requiring a hospitalized resident who is determined medically stable to be tested for COVID-19 prior to admission or readmission.

Cuomo won’t even send nursing home patients to safety on the U.S.S. Comfort, sitting almost empty off New York’s coast. But he will send likely infected patients, untested, to cough on the other elderly residents in nursing homes where they’re meant to be safe.

As The New York Post reports, “At least 3,500 nursing-home residents in the state have died from the coronavirus to date, including 2,000 in New York City, part of more than 16,000 overall.” Read the heartrending stories The Post has collected from grieving family members of beloved parents and grandparents needlessly killed by the virus.

Have you got that? People can’t go to church, or New York City Mayor Bill de Blasio will seize the building and steal the land. All restaurants, bars, and sports stadiums are closed. The entire economy of the state wheezes on life support. But the Governor won’t let nursing homes test people before exposing them to the very people most endangered by the Chinese virus, old people? That’s worse than refusing to close the gay bath houses during the AIDS crisis (as liberals did). It’s on the order of closing pretty much everything except the bath houses. It boggles the mind of the civilized onlooker.

I made a joke in very poor taste, early on in this crisis. I quipped that the same people who favor Drag Queen Story Hour to spread gender dysphoria to kids, would call for Coronavirus Story Hour in nursing homes.

But didn’t really expect Andrew Cuomo to go ahead and do it.