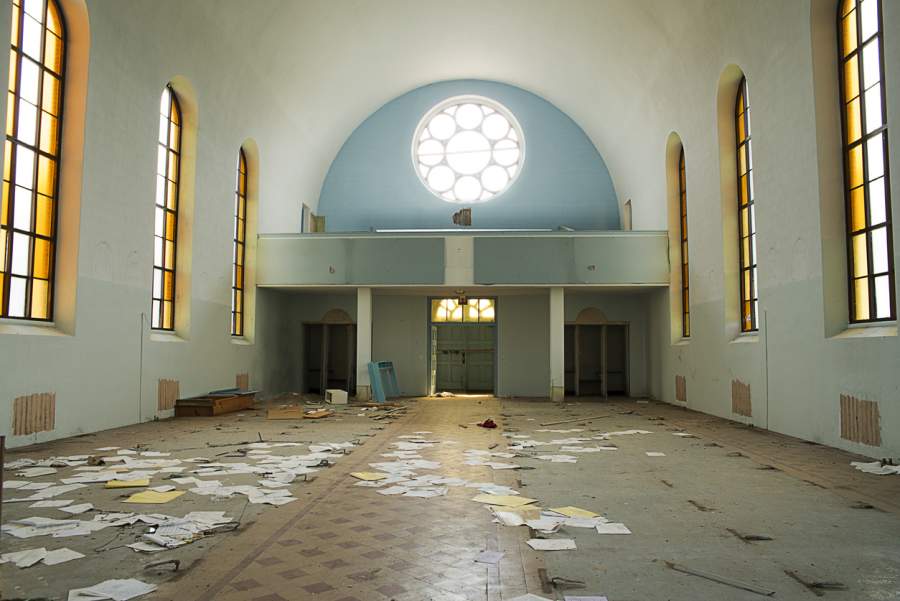 No, it’s not time to panic. God is still with us. And in case your faith is shaky, remember that most of the millions of private firearms in America are still in the hands of … Second Amendment supporters. People who certainly support our First Amendment religious rights as well. The last backstop against tyranny that our Founders built into the Constitution guaranteed us the means for volunteer militias (like the Minutemen, not the National Guard) to resist autocratic crackdowns. That’s still in place, for now. (Though it might be just one presidential election and a few more Sotomayors on the Supreme Court away from getting dismantled.)

That said, this virus and the ripples of chaos it’s spreading are tearing off the masks of some really ugly trends in our country. They say that your truest, deepest character emerges during a crisis. It strips off your “surface” personality and priorities, which you might even think are real, but in fact are really your “public” face, maintained out of habit and in response to social pressure. Get someone good and scared, and his “inner man” stands exposed.

Remember Seinfeld’s George Costanza? His true self pops out when he thinks a room is on fire — so he shoves aside an old woman with a walker, and practically climbs over women and children to be the first person out of the room.

That’s the effect I’m talking about. But it isn’t just cowardice (or courage) that can emerge during a crisis. Sometimes it’s tribal intolerance. When the Black Plague struck Europe, over and over again with staggering force (imagine one third to one half of the people you know suddenly dying), people’s real selves got exposed. Saintly doctors, priests, monks and nuns remained with the dying, offering care and prayers till the end. More worldly ones … ran away. They weren’t obeying quarantine orders, but trying to save their skin.

Even worse, some rabble-rousers got the idea that the plague was the fault of … the Jews. These “aliens” in Christendom’s midst might be poisoning wells. Or using Kabbalistic magic, to afflict their Christian neighbors. Perhaps God was punishing countries simply for letting Jews live there peacefully, so it was time to expel them all. Or force them into baptismal fonts at the point of a sword. Pope after pope, bishop after bishop, denounced such scapegoating as sinful superstition, sadly to little avail.

History doesn’t repeat itself, but it rhymes, as Mark Twain wrote. And what we’re seeing now sure does. The one group which our current elites feel best about bashing is evangelical Christians. Michael Brown already unpacked here at The Stream an article at The New York Times that tried, essentially, to blame them for the coronavirus. Not that evangelicals actually caused it, of course. (The people who caused it were Chinese Communist officials who reopened cruel, filthy wet markets, then let millions of sick people travel for Chinese New Year — but it’s “racist” even to mention any of that.)

No, but evangelicals are somehow to blame for President Trump not taking the virus seriously enough, soon enough. Because they distrust “Science” or something. Now, I’ve never met or read about any Christian who denies the germ theory of diseases. Nor one who believes that his faith makes him immune to any infection. I know plenty who reject the claim that “Science” has proved highly speculative theories such as Darwinism. Or who deny that “Science” has recently discovered the existence of 47 genders. But how does any of that spread the coronavirus?

NYC’s Fiddlers Play at Being Firemen

What’s more, the people who were the slowest to accept the seriousness of this new virus weren’t President Trump, his team, or even the pastors who pray for him and with him. They were New York City officials, especially Mayor Bill de Blasio. See National Review’s timeline of their fiddling, while their city began to burn.

It wasn’t Jerry Falwell, Jr. who joined the crowds in Chinatown, celebrating Chinese New Year in February. That was Mayor de Blasio.

It wasn’t Jerry Falwell, Jr. who joined the crowds in Chinatown, celebrating Chinese New Year in February. That was Mayor de Blasio up there on the stage, along with Senator Chuck Schumer and the City’s Health Commissioner, who also urged New Yorkers not to worry, and to keep on coming to Chinatown. It took until March 5, when Italy was already succumbing to the pandemic, for de Blasio to stop claiming that casual contact couldn’t spread the disease. Indeed, de Blasio was one of the last people in New York City to go to the gym, mere hours before the city closed them.

What’s de Blasio doing now? He’s threatening church and synagogue-goers with arrest if they show up and pray. Virtually all religious leaders have canceled services, so this point ought to be moot. But de Blasio got on television just to single religious believers out and threaten them. As LifesiteNews reports:

“I want to say to all those who are preparing the potential of religious services this weekend — if you go to your synagogue, if you go to your church and attempt to hold services after having been told so often not to, our enforcement agents will have no choice but to shut down those services,” de Blasio announced during a press conference streamed online.

In case of disobedience, law enforcement “will take additional action up to the point of fines and potentially closing the building permanently,” de Blasio added.

Watch the press conference for yourself. It’s de Blasio’s “George Costanza moment,” where his true self pops out, in all its squalor.

The Bath Houses Were Open for Years, Spreading AIDS

Now, I was one of the first people calling for churches to cancel services if need be to slow the spread of the Wuhan virus. But where in the world does a mayor get off threatening to permanently close a church? For a one-time violation of quarantine? I doubt there’s any existing law he could cite. But expect him to torture health code provisions to tie churches up in court.

Keep in mind that it took not weeks or months, but several years for New York City to close the homosexual bath-houses that were spreading the AIDS contagion, killing hundreds of thousands of people and costing society billions. In fact, many of them simply went broke as their customers died off, before the city got around to shuttering the last ones. But Mayor de Blasio is up in front of the cameras, just a few weeks after his last gym visit, threatening to shutter and padlock historic churches.

New York: No Place for Christians?

What’s going on? Keep in mind how anti-Christian the atmosphere in New York has become. Governor Andrew Cuomo said publicly that his entire state was no place for pro-lifers or believers in natural marriage. Such Christians ought to just … leave. Now de Blasio is pretending that believers are a threat to public health. Just as the New York Times did, on equally slender evidence.

Might it be that de Blasio has been fantasizing about closing churches anyway? That’s one thing the Sandinistas were doing in Nicaragua back in the 1980s, when he traveled there to volunteer in implementing their leftist dictatorship. Is de Blasio just suffering from an acute case of … nostalgia?

I get it, Mayor, I get it. We all miss the 1980s, albeit for different reasons. I’d really like a comeback album from DEVO.