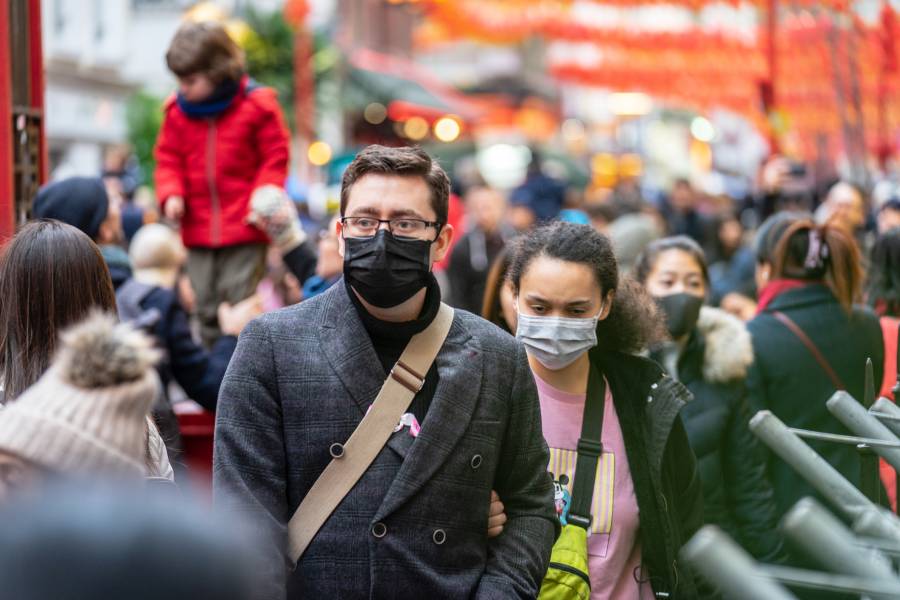 I know what I’d do if, God forbid, I caught the Coronavirus and tested positive. Yes, I’d stay far away from old people and those with compromised immune systems. I’m not a killer.

But I think I’d also file a legal challenge against any efforts to keep me formally “quarantined.” I would write an op-ed and submit it to the New York Times to explain my reason. The title of my column? The same as this one. I’d use the exact arguments that Transgenderists employ, plugging in just a few different words. After all, if they can insist that “men menstruate” and “women have penises,” why can’t I insist that “disease-free patients have Coronavirus”?

Do you think the Times would run it? If not, why not?

“Biology Isn’t Destiny.” Yeah? Tell That to the Virus.

Seriously, people. I’m not just trying to be clever or tasteless here. I would like to know the answer.

Let’s agree. Biology isn’t destiny. So why is Coronavirus status any different from sexual identity? If we’re going to use such slogans to browbeat and indoctrinate physicians, psychiatrists, teachers, wardens, rape crisis and domestic violence advocates, parents, judges, and clergy to deny mammalian biology, why stop at this bright red line?

Someone’s Coronavirus status is a deeply personal issue. It affects each aspect of his/her/hir life. It’s an intimate question of flesh and feeling, wound up with the air you’re breathing and the pneumonia that’s trying to stop you.

After all, someone’s Coronavirus status is a deeply personal issue. It affects each aspect of his/her/hir life. It’s an intimate question of flesh and feeling, wound up with the air you’re breathing and the pneumonia that’s trying to stop you. I’m certain I could make a case under Planned Parenthood v. Casey that my beliefs about my contagious status must be respected, as much as a woman’s beliefs about the rights of her unborn child. It’s all part of the “mystery of existence.” My body, my choice!

Would the ACLU support me? Why not, do you think?

Cut It Out. This Is Serious.

At this point you’re getting impatient, I’m sure. “Yeah, that’s all very clever, but cut it out. This disease is serious!”

Yes, it most definitely is. As I’ve written here, I support shutting down all public events including church services. We must do pretty much whatever it takes to prevent a replay of the 1918-19 epidemic that killed up to 80 million people.

But amidst that, let’s not miss this learning opportunity. When the chips are down, and people start dying in heaps, we forget all the Gnostic gibberish about our “identities” being “self-created and fluid.” No sleep-deprived, harried doctor in Northern Italy is going to waste his time figuring out which of 47 genders an unconscious patient is. If need be, he’ll do a Crocodile Dundee manual inspection. “This fellow is a lady!” Then he’ll write that down on the chart, and move on to the next prone, half-lifeless body. The prospect of drowning in your own bronchial fluids concentrates the mind.

So let’s say I tested positive for the illness, and waved around a note from my hypnotherapist that I identified as disease-free. Then I tried to go offer a “story hour” at a nursing home. Do you think I’d get away with it? Of course not. If I persisted, cops might just shoot me down. And rightly so. Because this business is serious.

Well guess what else is serious? Thousands of young people getting dosed with carcinogenic hormones, getting castrated or having their breasts cut off, in response to transitory anxieties. Male rapists prancing off to women’s prisons to rape again. Men in bad drag terrifying traumatized women hiding from their domestic abusers. The total destruction of sports for women and girls. Children’s story hours flooded with performers in the sex industry, some of them actual sex offenders. The obliteration of the most basic biological, legal, and moral principles, in service of a crackpot ideology.

All to avoid treating a serious mental illness. To instead treat it as a just another mode of existence. Radical psychologists in the 1960s tried doing that with schizophrenia, too. Thousands of mentally ill people saw their state hospitals close. They ended up sleeping under bridges.

Some psychologists have suggested that for many young people transgender anxieties amount to a kind of toxic societal fad, spread by “social contagion.” That happens, with grim results, with teenage suicide too. Do you know how institutions responded to that suggestion? They canceled those psychologists, and censored their study. Why? For offending “trans people,” allegedly comparing them to viruses.

The Bottom of the Slippery Gadarene Slope

We’re no longer allowed to speak of “gender dysphoria” as a mental illness. In Canada, it might soon be illegal to help people come to emotional terms with their own biological sex. Instead, we must break every rule, wreck every norm, to enable people in profound distress and denial to pretend that they’re perfectly normal. Then we bring them into libraries and schools to spread their confusion to impressionable five- and six-year-olds.

How different is that, really, from letting Coronavirus patients walk free, because they identify as non-contagious?

Don’t count on leftists to think this through of course. If they dared peek down from the top of their slippery, Gadarene slope the vertigo might make them faint dead.