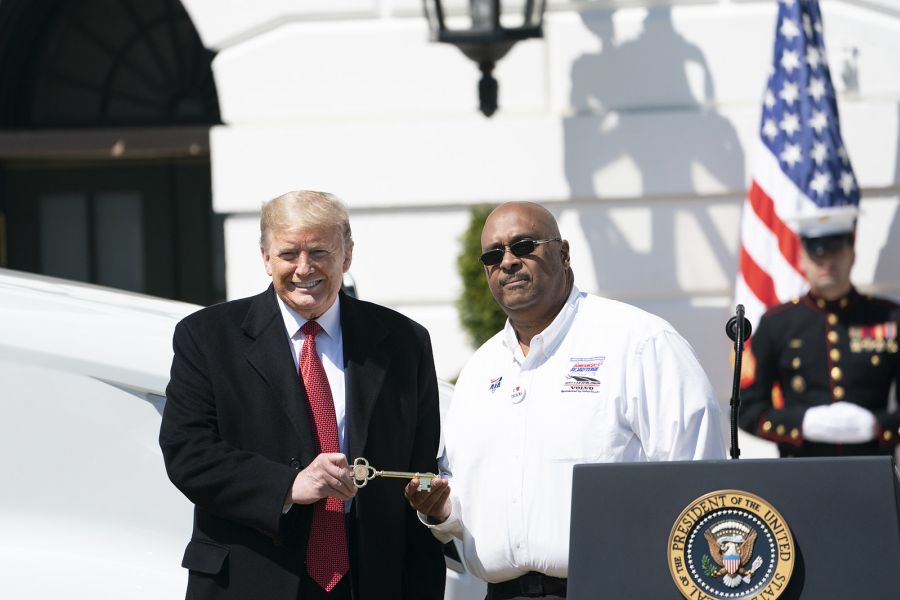 America’s leaders have some very difficult decisions to make in the days ahead. If they wait too long to reopen the nation (or, their state), they risk crippling the economy. This would result in much human suffering for years to come. But if they open things up prematurely, the virus might spread out of control. This, too, would result in much human suffering, especially in the short term. What is the right thing to do?

At the outset, I want to state plainly that I claim no scientific or economic expertise. I am not the one to figure out the wisest economic strategy or the safest medical path.

My Ph.D. is in Near Eastern Languages and Literatures, and I did not take a single undergraduate or graduate class related to economics, science, or the medical field, let alone epidemiology. (The fact that my doctoral dissertation focused on the Hebrew word for healing allows me to speak with expertise about related biblical, linguistic, and spiritual topics, not about the best national procedures for dealing with viruses.)

So, my purpose here is not to figure out which strategy is wisest. Instead, it is to lay out the potential scenarios that could unfold in the coming months, especially in terms of how this could affect the elections and the country as a whole.

Focusing in on President Trump, he was elected in 2016 as the people’s champion, and he is positioning himself in that same way today with his calls to “liberate” different states. It is now Trump, standing with the people against tyrannical governors and oppressive mayors.

If he proves successful, it will also be Trump standing with the people against Big Pharma or a One World Order or another perceived (or real) enemy.

In short, if the economy can be jump-started, if there is not a spike in sickness and death, and if “normal life” is resumed fairly soon, Trump should have a strong path to reelection. No rocket science here.

Conversely, should the strategy fail and should steps to reopen the nation prove premature, then Trump’s critics would be quick to argue that he has blood on his hands. His reelection would be very difficult. More importantly, people will have died needlessly.

Who do we trust? Whose figures are right?

Of course, his critics have already gone on the attack, blaming him — rightly or wrongly — for a slow start in combating the spread of the virus. As Hollywood director Rob Reiner tweeted, “Trump will lose in a landslide because Americans will literally be voting for their lives.”

Or, in the words of Nancy Pelosi, “The truth is that Donald Trump dismantled the infrastructure handed to him which was meant to plan for and overcome a pandemic, resulting in unnecessary deaths and economic disaster.”

Yet there remains great debate, even in the scientific community, as to how deadly this virus is and how effective the shutdown has been.

The Numbers Have Been Wrong

There was an initial warning that at least 15 million Americans could die. This was based on the theory that half of us would get infected (roughly 165 million) and that 1 in 100 would die (hence, at least 15 million). And this prediction came from Dr. Brian Monahan, the attending physician of Congress and the U.S. Supreme Court.

Who do we trust? Whose figures are right?

Some would say that the reason the numbers have dropped so dramatically is because of the extreme measures we have taken.

They may be entirely right. I honestly do not know.

As Rich Lowry argued at the National Review, “If we are going to have 60,000 deaths with people not leaving their homes for more than a month, the number of deaths obviously would have been higher — much higher — if everyone had gone about business as usual. We didn’t lock down the country to try to prevent 60,000 deaths; we locked down the country to limit deaths to 60,000 (or whatever the ultimate toll is)” (his emphasis).

In support of this argument would be the admission of the Prime Minister of Sweden that he didn’t take strong enough measures quickly enough.

Others, however, have claimed that there was no real pandemic to start, that the lockdown measures have done little, and the reduction in deaths follows a natural cycle.

That’s the view of Professor Yitzhak Ben-Israel of Tel Aviv University, who also serves on the research and development advisory board for Teva Pharmaceutical Industries.

Writing for the Washington Times on April 14, Cherly Chumney pointed to a recent Johns Hopkins study that indicated that “0.17 percent of America’s population has been infected by the coronavirus. That means 0.007 percent of America’s population has died from the coronavirus — we think.” (See also here for further, relevant data.)

Does this justify the potential crippling of our economy?

Douglas Axe, a professor of Molecular Biology at Biola University and director of Biologic Institute has argued on The Stream that, “The coronavirus doesn’t seem to have noticed mandated measures in either of the two largest states” (his emphasis).

Dennis Prager has also raised some valid questions about the recommendations of various health “experts.”

Again, I do not who is right, and I do not know if there are any simple answers.

Can’t We Pray for Supernatural Wisdom?

As for President Trump, it’s true that he enacted the then-controversial China-travel ban at the end of January. But he also downplayed the seriousness of the virus as well. (For the record, so did some health experts, along with Democratic leaders and left-wing media.)

This would be in keeping with Trump’s optimistic approach to life and leadership. Yet, when strong health concerns were brought to him, he enacted all major recommendations. (According to Task Force member Dr. Anthony Fauci.)

Did he overreact? Did he listen to well-intentioned but misguided “experts”? Is there a happy medium?

On the one hand, Trump is moving forward cautiously, taking counsel from a wide variety of scientific, economic, and even faith leaders. That, hopefully, bodes well for the future. At the same time, he is positioning himself as the champion of “liberation,” fighting against autocratic state and city leaders.

Should his push to reopen America come in time and succeed, he will emerge triumphant, with his political enemies backed into a corner.

Should his push be premature, not only will his political opponents capitalize on his error, but precious lives will be lost.

Can we join together, regardless of our feelings for the president and the Democrats, and pray that God would give him and his team, along with governors nationwide, supernatural wisdom?

A lot hangs in the balance. A whole lot.