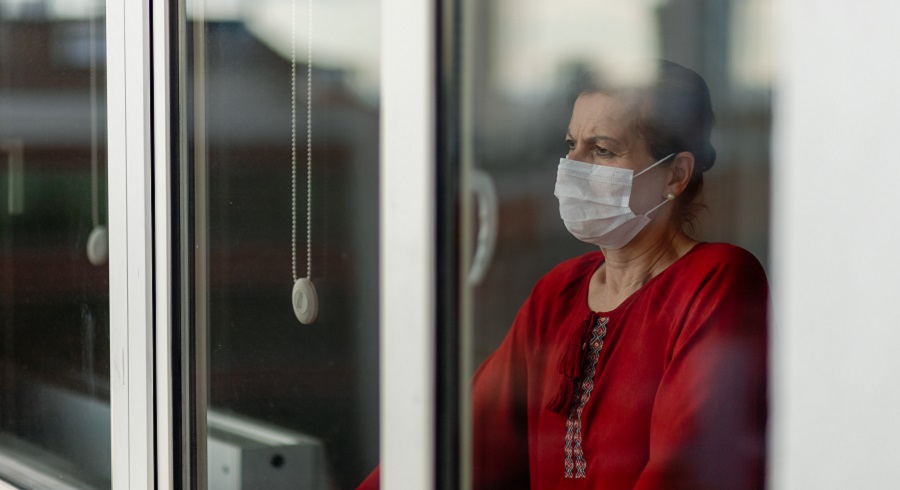 Why are governments the world over rendering hundreds of millions of their citizens jobless, impoverishing at least a billion people, endangering the family life of millions (straining marriages, increasing child and spousal abuse, and further postponing marriage among young people), bankrupting vast numbers of business owners and workers living paycheck to paycheck, and increasing suicides?

The reason given is that we must lock down virtually all human social and economic activity in order to prevent millions of people from dying of the coronavirus and overwhelming hospitals.

But is it true? Was this lockdown necessary?

In order to answer these questions, we need to know how many people would have died from COVID-19 if we hadn’t ruined the world’s economic life.

The truth is we don’t know. And the truth is we never knew. A large swath of the “expert” community cloaked itself with unscientific certitude, beginning, on March 16, with a model from the Imperial College London — the source governments relied upon for the decision to ruin their economies — which projected about 2.2 million Americans and half a million Brits would die.

Almost every national leader, politician and media outlet in the world believed that model. As I explained in my last column, modern men and women have substituted “experts” for prophets and priests. Science is the secular religion, and “experts” are its prophets and priests. In fact, they have greater authority among the secular, especially those left of center, than the pope of the Catholic Church has among Catholics. Whereas popes have invoked the doctrine of “infallibility” twice in the history of the Catholic Church, “experts” invoke it every day among the secular faithful.

But on what grounds are we to believe that millions would die without ruining the American — and the world’s — economy? Without our being told by an omniscient God, there is no way to know the definitive answer.

But here are some data that cast doubt on those assumptions, based entirely on the only metric that matters: deaths per 1 million. The number of confirmed infected people is meaningless, since so few people anywhere have been tested for the virus, and we don’t know how many people already had the virus and never knew it. (Moreover, asymptomatic or minimally symptomatic carriers of the virus constitute the majority of those infected.)

As of yesterday, according to the Worldometer website, the United States ranked 12th, with 71 deaths per 1 million people. (I have not included San Marino and St. Martin because they have such small populations.)

France’s death rate is 229 per 1 million, three times greater than that of the United States, and it went on national lockdown March 17. America didn’t go on national lockdown because that decision is the responsibility of states. So, let’s take California, the most populous American state (and therefore nearest to France’s population). California went on statewide lockdown March 19, two days after France. The death rate from coronavirus in California is 2 per 100,000. Two. Deux.

That means France, which went on lockdown only two days prior to California, has more than 10 times the death rate.

And Nebraska, one of the few U.S. states that has not locked down — to the intense anger of the state’s Democrats at its Republican governor — has a death rate of less than 1 per 100,000 (according to the Washington Post’s daily listing of U.S. coronavirus deaths).

What do these statistics say about the efficacy and indispensability of a lockdown?

To give you an idea of how unreliable much “expert” thinking is, the Los Angeles Times published an article on April 10 titled “California’s Coronavirus Death Toll Is Way Below New York’s. Here’s Why.”

In it, the authors, needless to say unquestioningly, reported that Nicholas Jewell, identified as “a UC Berkeley biostatistician,” explained why California had so many fewer deaths than New York:

“Just putting those controls in place a single day earlier makes a huge, huge difference in the growth rates,” Jewell said, referring to California Gov. Gavin Newsom’s March 19 lockdown order, whereas New York Gov. Andrew Cuomo waited three more days to lock down New York state. That, according to the expert from UC Berkeley and the Los Angeles Times, explains the “huge, huge difference in the growth rates” between the two states.

Then the article added a line that undermined its entire thesis:

“Florida Gov. Ron DeSantis didn’t impose a stay-at-home order until April 1.” Apparently, it never occurred to the Los Angeles Times authors to even look up Florida’s death rates. The nonconservative media have been largely worthless during this crisis — intellectually vapid, and, along with “experts,” the primary stokers of panic.

If a few days’ delay in ordering the lockdown of a state (or country) makes a “huge, huge difference” in death rates, Florida should have had a worse death rate than New York, let alone California. Yet Florida’s death rate is among the lowest in the country: 24 per 1 million — despite the fact that Florida, along with Maine, has the largest percentage of elderly people (those 65 and over) in any American state.

And then there is Sweden, the one industrialized Western democracy that did not shut down — engendering intense anger from scientists and other “experts,” as well as left-wing media (i.e., virtually all major media) across the world. Sweden, which still has its restaurants and businesses open, is far below Spain, Italy, Belgium, France, the U.K., the Netherlands, Switzerland and Luxembourg — all of which have national lockdowns — in deaths per 1 million.

Yes, Sweden’s death rate per 1 million is higher than its Scandinavian neighbors, Norway and Denmark, which did lock down their economic life. But as of the latest report, in the past two days, Sweden, which has almost exactly the same number of people as Denmark and Norway combined, lost 20 of its citizens to the coronavirus, while its neighbors lost 18.

The left blames President Donald Trump for our crisis (as if only America is undergoing economic ruin and loss of life).

If they were honest, they would blame reliance on “experts” and “modeling.” But they hate Trump more than they love Americans — or truth.