We Stand on the Precipice of a Very Dangerous Cultural Shift 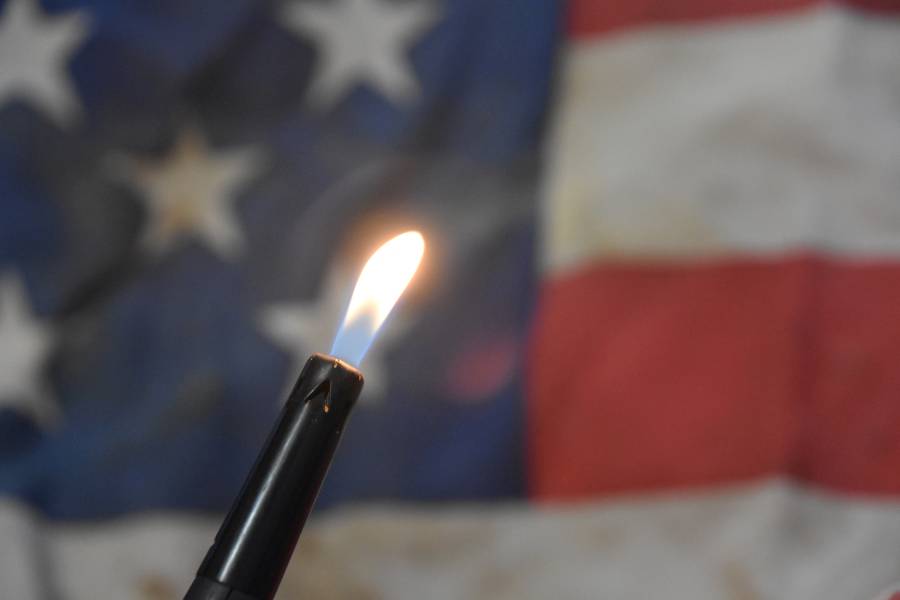 In recent days, a number of commentators have compared the year 2020 with 1968 (for my article, see here). But we have not discussed the larger cultural shift that took place as a result of the counterculture revolution of the 60s. In short, what was extreme and fringe in that generation became mainstream in the next generation. Put another way, radicals like Bill Ayers of the Weathermen (who bombed buildings in their anti-war protests) became university professors and even mentors of a president (meaning, Barack Obama). Who saw this coming?

Do you think that radical, anti-family feminists in groups like W.I.T.C.H. imagined a world where legalized abortion would snuff out 60 million lives in the womb? (W.I.T.C.H. stood for the Women’s International Terrorist Conspiracy from Hell — I kid you not — and was founded in 1969.)

Do you think that the 1969 Stonewall Inn rioters, hurling bricks at police and their cars and chanting “Gay Power” and “We Want Freedom Now”  envisioned the day when the Supreme Court would change the very meaning of marriage? (Remember that these gay rioters tended to despise marriage as an antiquated, patriarchal institution.) Do you think that the transvestite prostitute protesters envisioned the day when university campuses and big businesses would marginalize you if you didn’t affirm transgender activism?

Standing on the Brink

In 2000, I wrote a mini-book called The Jesus Manifesto. Looking back at some of the opening lines, it sounds almost quaint today. “The last generation’s counterculture of rebellion has become this generation’s establishment of revulsion, and what was unthinkable thirty years ago – daytime talk shows celebrating adultery and incest; homosexual love scenes on major network TV; eleven year-old multiple murderers; massacres in our schools and houses of worship – is a matter of course today. We need a revolution!”

Of course, the “revolution” of which I spoke was a gospel-based, moral and cultural revolution, changing hearts and lives and thereby changing the society. But if that was true in the year 2000, it is much truer in the year 2020, when we stand on the precipice of an even more dangerous cultural shift.

I’m talking about the rise of mobocracy where the most radical elements of society forcefully impose their will on everyone else.

I’m talking about the “safe space” culture of the college campuses (with enforced speech codes — even thought codes — and severe penalties for every violation) becoming the national norm.

I’m talking about an even more extreme shift to the left, but this time, under mob patrol.

I’m talking about the current culture of the New York Times, where the publishing of a contrary opinion piece leads to outrage and overhaul in the editorial department, becoming the national norm. (So much for differing opinions!)

As expressed by Alexandra Desanctis on the National Review, “The result is ideological servitude, a society in which a culturally powerful, tyrannical minority owns the voice of every person willing to go along.” And woe be to you if do you not agree to go along.

Of course, many of us have been warning about this for years.

But now, with the tragic death of George Floyd, the radical activists have seized their moment. You must kneel, or else! You must embrace our agenda, or you will be trampled underfoot! You must bow down, or we will force you to bow!

If you don’t shout “Black Lives Matter” loudly enough or demonstrate sufficient guilt (in particular, for having white skin), you will lose your job. Or your credibility. Or your peace.

We do stand in solidarity with victims of injustice. We do oppose racism. But we do it our way, not the mob’s way. And we do it based on our values, not those of the radical left.

One pastor sent me screen shots of the death threats he has received for taking issue with “queer” aspects of the BLM platform. Not today! The mob is coming your way. (This pastor’s home address was revealed as well.)

Synagogues vandalized during the riots in Los Angeles have discovered that some of the rioters are also antisemites (why no public outcry?). As a Times of Israel headline announced on June 2, “LA Jews reeling after local institutions looted and burned in Floyd protests. Synagogues, schools and Jewish memorials vandalized with anti-Semitic, anti-Israel slogans, Jewish-owned businesses battered, particularly in Fairfax district.” But this is no surprise given that BLM also supports BDS.

And what of BLM goals like this? “We disrupt the Western-prescribed nuclear family structure requirement by supporting each other as extended families and “villages” that collectively care for one another, especially our children, to the degree that mothers, parents, and children are comfortable.

“We foster a queer‐affirming network. When we gather, we do so with the intention of freeing ourselves from the tight grip of heteronormative thinking, or rather, the belief that all in the world are heterosexual (unless s/he or they disclose otherwise).”

As for BLM’s antisemitic roots, Caroline Glick noted on Israel Hayom that, “BLM was formed in 2014 as a merger of activists from the anti-Semitic Nation of Islam, the anti-Semitic Black Panthers and Dream Catchers. In 2016, BLM published a platform that has since been removed from its website. The platform accused Israel of committing ‘genocide’ and referred to the Jewish state as an ‘apartheid’ state. The platform accused Israel and its supporters of pushing the US into wars in the Middle East.

Only Bow Before God

As for America as a whole, just a few days ago, the thought of defunding the police would have been viewed as a silly joke. One week later, and presidential candidate Joe Biden is being tested for his allegiance to this bizarre proposal. (Police reform, where needed, is one thing. Defunding the police is not even a bad joke.)

But shouting “Make America Great Again” and rallying around the flag is not the solution.

Instead, everyone of us must stand up to the mob and refuse to move an inch from our core convictions and values. I mean in our homes. Our schools. Our neighborhoods. Our places of business. On social media. Wherever we have a voice, we must stand and speak.

Of course, we do abhor police brutality when it occurs. We do stand in solidarity with victims of injustice. We do oppose racism. But we do it our way, not the mob’s way. And we do it based on our values, not those of the radical left.

I tweeted this last night (June 8): “Rather than bowing the knee to the mobocracy of the far left or the hyper-nationalism of the far right, I say we bow the knee to Jesus, then get His marching orders and obey Him at any cost.”

I appeal to you strongly, no I warn you: this is a critical hour in our history. If we do not push back righteously today, we will have deep regrets tomorrow. And what will we say to our children and grandchildren?

In the famous dictum of Dietrich Bonhoeffer, “The ultimate test of a moral society is the kind of world that it leaves to its children.”