Defund the Police? Or Destroy America? 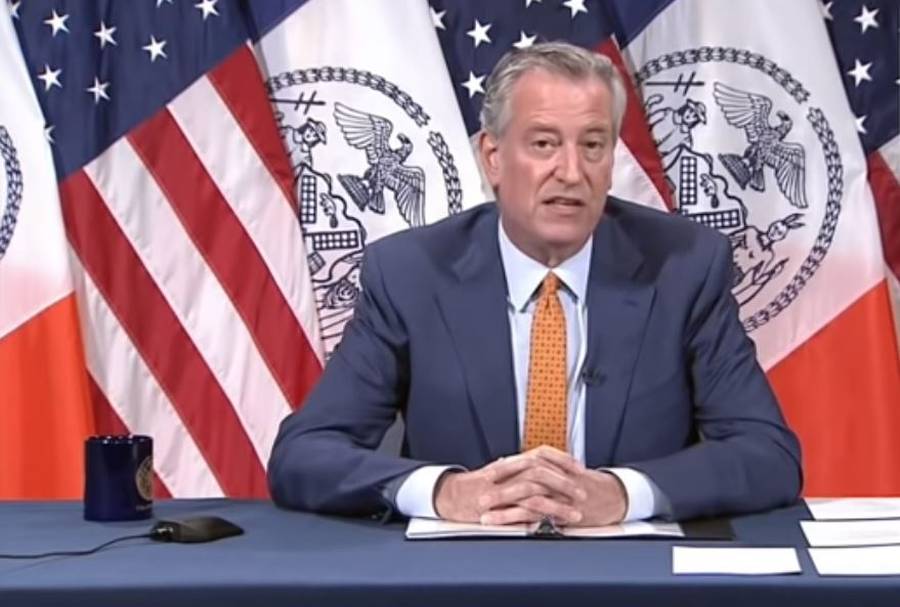 What a triumph this week must be for Barack and Michelle’s BFF’s Bill Ayers and Bernadine Dorn. The aging terrorists are seeing their Weather Underground dreams come alive before their eyes.

This cry of “Defund the Police” comes as a Just The News Poll shows fully 72% of voters — including most black voters — have a favorable view of their local police department. Perhaps that’s why on Monday, Joe Biden’s campaign announced it wasn’t backing “Defund the Police” efforts. (Unfortunately for Joe, the progressives like  Alexandria Ocasio-Cortez propping him up do want police departments extinguished.)

On Sunday, the Minneapolis City Council announced a veto-proof majority to disband the Minneapolis Police Department. So what’s going to provide security in the streets? Sharia? The Girl Scouts? They don’t know. The City Council statement says, “We don’t have all the answers about what a police-free future looks like, but our community does.”

Keep the line “police-free future” in mind every time some politician or pundit says “Defund the Police” really means “reform the police.” (As if the “Abolish the Police” signs weren’t enough.)

And don’t think a “police-free future” means some newfangled way of keeping a community safe. Ask Minneapolis City Council President Lisa Bender. CNN’s Alisyn Camerota asked her what a citizen should do if someone breaks into their home in the middle of the night.

Yes, I mean I hear that loud and clear from a lot of my neighbors. And I know — and myself too — and I know that that comes from a place of privilege. Because for those of us for whom the system is working, I think we need to step back and imagine what it would feel like to already live in that reality where calling the police may mean more harm is done.

Yes, calling 911 when someone breaks into your home “comes from a place of privilege.” Let’s take away all the police, subject those who enjoy “white privilege” to rape, pillage and murder, so they can know what if feels like to live in a dangerous neighborhood. Remember, Bender is not some obscure sociology professor, or a 20-something high on weed and radical writings. That’s the president of the Minneapolis City Council.

Minneapolis may have led the way, but New York City won’t let itself be far behind. Mayor Bill DeBlasio is doing more to destroy New York City than King Kong ever could have imagined. After 10 days of rioting and looting injured 300 cops and destroyed countless businesses, his bright idea is to slash funding to the NYPD. Several City Council members wanted funding cut completely.

DeBlasio announced plans Sunday to shift money from New York’s finest to “youth initiatives and social services” Said DeBlasio, “Our young people don’t need to be policed. They need to be reached.”

Sorry, Mayor. I can’t hear you over the sound of all those storefront windows being smashed.

Funny thing is, on Friday, DeBlasio had said “I do not believe it’s a good idea to reduce the budget of the agency that’s here to keep us safe.” 48 hours later, he caved to the organized mob.

New York Gov. Mario Cuomo, the New York Post reports, “warned against forcing police departments to tighten their purse strings, citing looting that has spun off from Floyd protests.” Last week, Cuomo blasted DeBlasio’s handling of the riots and deployment of the NYPD. “It was frightening,” he said, With no police “you get looting. That’s what you get. Nobody wants that.”

Well, apparently some people do. Perhaps, Governor, you might want to ask why?

Joe Friday’s Rolling Over in His Grave

On the other coast, Los Angeles’s progressive Mayor Eric Garcetti announced he’ll be defunding the LAPD to the tune of $150 million, with the money shifted to communities. This will lift up neighborhoods? The city can’t even pick up its garbage.

In making the announcement, Garcetti outraged the rank-and-file when he implied the LAPD were “killers.” On Thursday, he said, “It starts someplace, and we say we are going to be who we want to be, or we’re going to continue being the killers that we are.” The LAPD police union called him “unstable.”

On Friday, he denied calling cops “killers,” KTLA reported. “He said his comment on ‘killers’ was misunderstood — he said he was referring to the collective burden of society for injustices that remain in the black community.” (Oh. So a county that voted 72% for Democrat Hillary Clinton in 2016 is collectively killing off its black folks?)

Los Angeles already has a shockingly low cop per capita, protecting a city that stretches over 468 square miles, 21 communities and 4 million residents. It has only 25.7 officers per 10,000 people. New York City has 41.8, Chicago 44.2 and Baltimore 46.3.

L.A. instituted massive reforms in the wake of the Rodney King incident, moving toward community-based policing. Is Garcetti admitting the Democrats who have controlled the city for decades blew the reforms? Or is he just acting woke?  Or is it political calculation: As long as his liberal Westside donors and the stars dispersed in the Hollywood Hills are protected by private security, he can afford to smack around the LAPD for the cameras.

While one LA Councilmember was introducing a motion to cut $150 million in #LAPD funding, that official also had round-the-clock private security provided by the department at their home. @LAPPL calls it hypocrisy, adding it may have cost taxpayers around $100k. @SpecNews1SoCal pic.twitter.com/lrrRC65oj1

Other Cities Thumbing Nose at Their Officers

In Chicago, Alderman Rossana Rodriguez Sanchez and local activists are leading the cry to “Defund the Police.” Meanwhile, Sunday, May 31 was the most violent day Chicago has endured in six decades. In one 24-hour period 18 people were murdered. All told over that weekend 25 people were killed, another 85 wounded by gunfire.

Where was Black Lives Matter, Inc.?

Smaller cities want in on the action. Portland’s mayor Ted Wheeler announced schools will no longer have an armed officer protecting students. School districts in St. Paul and Denver are considering the same. (Why not paint a “hit me” sign out out front for the Nicolas Cruz’s lurking about? )

Perhaps they should consider the 2018 massacre at Great Mills High School in Southern Maryland. Never heard of it? That’s because resource officer Blaine Gaskill stopped the gunman before he could get into the school.

Fortunately, not every mayor has bought the idea. In the Nation’s Capital, Mayor Muriel Bowser brushed aside protesters demanding “Defund the Police.” She said in a Monday presser that DC Metropolitan Police has been working on reform for 18 years, after the DOJ found a pattern of excessive force in 2002. Police Chief Peter Newsham agreed. He warned against funding cuts.

“I think if you look at agencies that have run into similar problems, underfunding or inappropriate funding would be one of the reasons why they got themselves into that position,” he said. “Funding is required for training. it’s required for recruitment and hiring of the best people, people who are service-minded and look at this job in that regard.”

So What is Behind the “Defund the Police” Movement?

So if defunding the police makes crime rise and police more likely to use excessive force, why be for it? It’s certainly not about valuing black lives. “Defund the Police” is history repeating itself. (Just like Antifa is a repeat of Hitler’s Brown Shirts.) The Marxist revolutionaries behind the Weather Underground similarly called for and end to police. Except for certain Black Lives Matter members in unscripted moments, we’re not hearing the police called “pigs,” but the idea is the same.

Former FBI deputy counterterror director Terry Turchie told Laura Ingraham Friday night that Antifa and the “Defund the Police” crowd are running the old radical playbook, the Weather Underground’s Prairie Fire. Prairie Fire listed six main points to bring down the U.S. government. One point was to push “police racism.” Said Turchie, “It is the issue that communist societies use to literally tear apart Americans and to be divisive.”

Counter-terrorism expert John Guandolo echoed this on The Kyle Olson Show.He exposed the “coordinated effort” behind the riots and the “Marxist-communist” origins of Black Lives Matter, Inc.

But don’t believe them. Project Veritas has just released another Antifa undercover video. Straight from a soldier’s mouth: “We believe in the complete abolition of the system itself, including police.”

“We believe in a complete abolition of the system itself, including police.”#EXPOSEANTIFA pic.twitter.com/r69lwn1imU

In 1968, the assassination of Martin Luther King was used as an excuse by Marxist revolutionaries to incite riots across the nation. (See Mark Judge’s excellent article about it here.) Today, the death of George Floyd is being used again to incite riots that are now spreading around the world.

In the end, the truth is laid out in Prairie Fire‘s final strategy: “Attack and Dethrone God.”  (#AttackAndDethroneGod has been trending.) The torching of St. John’s in Washington and defacing of St. Patrick’s in New York prove symbolic.

We are not in a battle of races. Or a battle between citizens and officers. Or even a battle of political ideology. We are in a spiritual war.

And brothers and sisters, of all races and creeds, we know how to win.

Stream contributor John Burton has more on the spiritual battle behind the effort to defund the police. https://stream.org/defunding-the-po…ertaking-america/