The Villain of the New Movie Amsterdam Is Really Planned Parenthood 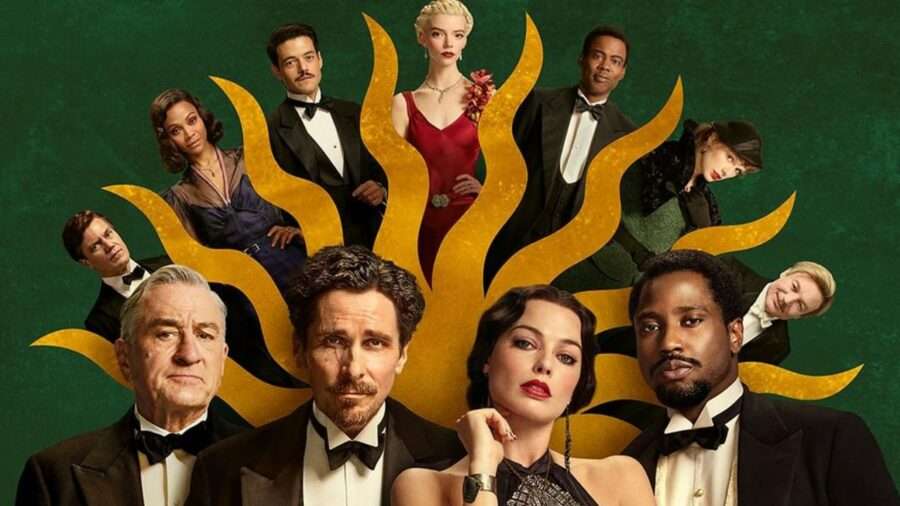 Last week I went to see the sprawling, wacky, delightful, David O. Russell movie Amsterdam. It’s kind of long, but I found every minute of it enjoyable. The writing is crisp and funny, and you can’t top the acting by Christian Bale, Margot Robbie, John David Washington, and a large ensemble cast — which includes small but key roles for Robert DeNiro, Mike Myers, Taylor Swift, Chris Rock, and Rami Malek. (The film isn’t raunchy or unduly gory, though the violence did earn the film an R-rating.)

Put briefly, it tells the story of a multiethnic, multireligious group of friends who met during World War I, confronting racial animus, class snobbery, and finally a fascist conspiracy. Which was real. The film very loosely bases itself on the “Business Plot” by some American industrialists to cynically weaponize disgruntled American veterans, overthrow Franklin Roosevelt, and establish a top-down regime in the U.S. modeled on that of Fascist Italy. A plot that actually happened.

Yep, it was real. Google “Smedley Butler” for the details. (The film ends with newsreel footage of Gen. Butler testifying before Congress about how the plotters tried to use him as their figurehead.)

The film has the light, slightly baffling feel of a classic 1930s screwball comedy, such as those by Preston Sturges (get hold of Hail, Conquering Hero or Sullivan’s Travels). The plot is complex and puzzling at first, as is fitting to a mystery. The sets and costumes and accents really capture the feel of New York City in the 1930s, which means plenty of gorgeous Art Deco interiors, and snazzy costumes for the luminously beautiful Ms. Robbie to wear.

The characters make friends, even fall in love, across the then-stark color line. The film conveys effortlessly the beauty of universal human dignity, a product of divine Revelation that has arisen nowhere else but in the Christian (and Christian-influenced) world. You see on display the old-fashioned decency that traditional liberals once practiced, which has since been shoved aside by fanatical Woke posturing.

The Committee of the Five

Here’s what really jumped out at me, though. I am sure the fimmakers never meant anyone to see this, but you can’t miss it if you know your history.

Not to spoil the plot, but the villains of the story are rich industrialists and elitists who organize something called The Committee of the Five. This group intends to replace our creaky, imperfect democracy with a sleek, machine-tooled, top-down regime of hand-picked puppets in uniform, whose job it will be to keep the masses quiet. Their goal isn’t just elitist but racist and eugenicist.

And here’s the kicker: The Committee runs forced sterilization clinics across the country, which almost claim the fertility of one of the major black characters. Aha, I thought while watching it, another parallel with real-world history. The film could have told us the real name of that organization they were showing on screen: the American Birth Control League. It could have told us the new name that organization took on afterwards: Planned Parenthood.

Think I’m stretching the facts? Think Britannica would? Or PBS?

Of course they underplayed it. But we actually described and documented the movie’s “Committee of the Five” right here at The Stream … six years ago:

60,000 Victims in America, and Millions in Europe

Some 60,000 Americans, including current pro-life advocate Elaine Riddick, were forcibly sterilized under the laws Sanger helped write — which Nazi Germany acclaimed and used as models for its own laws.

Friends and associates of Sanger (such as Harry Laughlin) accepted awards from Nazi-controlled universities, visited with Hitler and Himmler, and boasted that the forced sterilization programs which they had instituted in America were used as models by the Germans. One author who served on Sanger’s board and published regularly in The Birth Control Review was Lothrop Stoddard, a high official of the Massachusetts Ku Klux Klan, whose book The Rising Tide of Color Against White World Supremacy, Adolf Hitler cited in Mein Kampf as “my bible.”

And then there’s Eugen Fischer,

whom Sanger featured as a speaker at a population conference she organized. [He] had already run a concentration camp — in German-ruled Southwest Africa, before World War I, where he murdered, starved and experimented on helpless native Africans. It was Fischer’s book on eugenics, which Hitler had read in prison, that convinced Hitler of its central importance.

For a fuller appreciation of the vast elite conspiracy to rob Americans of their right to have a family, watch the powerful expose by black pro-lifers Maafa 21: Black Genocide.

I wonder if David O. Russell would have been able to find the funding for Amsterdam in Hollywood if he’d given The Committee of the Five its real name in the movie.

Just kidding. He would have been run out of the movie business.

The Committee of the Five is still with us. In fact, it’s in charge.