If Black Genocide were shown on BET, Black Lives Matter would be attacking abortion clinics. 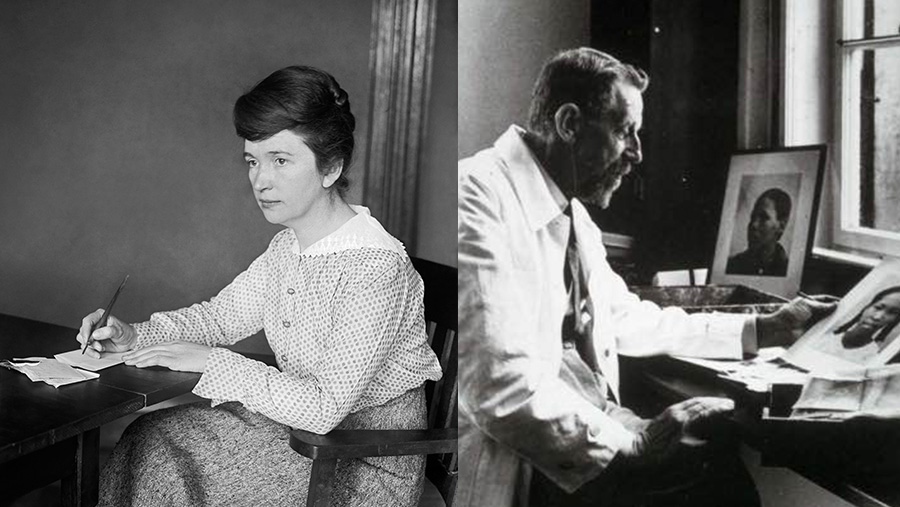 It’s a pro-life commonplace that The American Birth Control League, founded by Margaret Sanger 100 years ago and later rechristened Planned Parenthood, had ties to eugenicists and racists. This is not quite right. It’s like saying that the NBA has ties to professional sports. The birth control movement and the eugenics movement were the same movement — to the point where Margaret Sanger twice tried to merge her organization with major eugenics groups.

One eugenics expert, Eugen Fischer, whom Sanger featured as a speaker at a population conference she organized, had already run a concentration camp — in German-ruled Southwest Africa, before World War I, where he murdered, starved and experimented on helpless native Africans. It was Fischer’s book on eugenics, which Hitler had read in prison, that convinced Hitler of its central importance. Another longtime official of Planned Parenthood, Garrett Hardin, had a decades-long track record of serving in eugenics organizations, and as late as the 1980s was calling for mass forced sterilization of Americans as a necessary solution to the “population problem.”

The same people served on the boards of the American Eugenics Society and Sanger’s organizations for decades, and they worked closely together on countless projects — ranging from researching the birth control pill as a means of diminishing the African-American birth rate (they tested the early, hazardous versions of the Pill on impoverished rural women in Puerto Rico), to passing forced sterilization or castration laws in more than a dozen states that targeted blacks and other poor people accused of “feeble mindedness” or “shiftlessness” and diagnosed as “unfit” parents. Today, Planned Parenthood sets up its centers in America’s poorest neighborhoods, and continues to target the same populations via abortion.

That’s the appalling truth uncovered in a neglected 2014 documentary which we feature here at The Stream as part of our #100forLife campaign. Maafa 21: Black Genocide gets its odd title from the Swahili word for slavery, and it is this film’s contention that the eugenics movement in America began in the panic which white racists felt at the end of slavery over what should be done to solve what some called the “Negro problem.” It’s a long, harrowing film, which you should watch in small doses — treating it as a miniseries. And keep a box of Kleenex handy, because you will weep.

Produced by the pro-life apostolate Life Dynamics with a mostly black cast of narrators and commentators, this film claims that Planned Parenthood and other organizations and government programs that target the poor and try to block their reproduction are the 21st century’s answer to the Ku Klux Klan — which was founded by white Southern elites to keep down the “unruly” ranks of freed black slaves.

It’s a shocking assertion, but one that the filmmakers prove beyond the shadow of a reasonable doubt, citing name after name, giving racist quote after racist quote, showing that Sanger personally approved the publication of outrageous and cruel claims of the genetic inferiority of millions of Americans, especially blacks, and calling for their forced sterilization, and the cut-off of welfare benefits and even private charity, to stop the “unfit” from reproducing themselves. Then she took part in promoting policies that turned this evil, utopian program of social engineering into binding American laws. One of the leading advocates for the legalization of abortion in the 1960s and 70s was Planned Parenthood, run by her appointees and later by her grandson, Alexander Sanger.

Friends and associates of Sanger (such as Harry Laughlin) accepted awards from Nazi-controlled universities, visited with Hitler and Himmler, and boasted that the forced sterilization programs which they had instituted in America were used as models by the Germans. One author who served on Sanger’s board and published regularly in The Birth Control Review was Lothrop Stoddard, a high official of the Massachusetts Ku Klux Klan, whose book The Rising Tide of Color Against White World Supremacy, Adolf Hitler cited in Mein Kampf as “my bible.” Nor were the eugenicists isolated cranks. Their ranks include Harvard professors, mainline Protestant clergymen, prominent conservationists for whom entire animal species are named, and Gilded Age plutocrats. Much of the funding for eugenics organizations came from the Carnegie Corporation and the Rockefeller Foundation.

Supreme Court justice Oliver Wendell Holmes, writing his opinion that the forced sterilization of a supposedly “feeble-minded” woman in Virginia was constitutional, infamously said that “three generations of imbeciles are enough.” His views were echoed by President Teddy Roosevelt, as the film proves with quotations. It also recounts how a Sanger ally Madison Grant, a prominent Darwin apostle and eugenicist, helped to exhibit Ota Benga, an African pygmy, in a cage with an orangutan for ten days at New York City’s Bronx Zoo, to “illustrate evolution.” Mr. Benga took his own life ten years later.

The eugenicists’ arrogant certainty that, because they had inherited money and power, they were genetically superior to the rest of the human race, found in Charles Darwin’s theories an ideal pretext and a program: to take the survival of the fittest and make it happen faster, by stopping the “unfit” from breeding. The goal, in Margaret Sanger’s own words, was “More Children from the Fit, Fewer from the Unfit.” Instead of seeing the poor as victims of injustice or targets for Christian charity, the materialism these elitists took from Darwin assured them that the poor were themselves the problem — that they were inferior, deficient and dangerous down to the marrow of their bones.

The targets of this campaign in America were poor people, the unemployed, non-English-speaking immigrants, but most of all African-Americans. This vulnerable population, composed largely of ex-slaves and their children, was identified in the 1880s as a “threat” to the “racial health” and progress of the United States, by followers of Francis Galton — first cousin of Charles Darwin, heir to a slave-trading fortune, and inventor of the “science” of eugenics. These people had been exploited for centuries as free labor, denied education for fear of fomenting rebellion, and excluded from most of the economy. Now the eugenicists blamed the victims, black Americans, for their desperate social conditions, claiming that they were the natural result of blacks’ “defective germ plasm,” which posed a threat to America akin to a deadly virus.

The forced sterilization laws which Sanger and her allies passed were used to sterilize at least 60,000 Americans, but perhaps as many as 200,000, on the pretext that young women who became pregnant out of wedlock were “feeble-minded,” “immoral” or “socially useless” parasites — all rhetoric that Sanger personally used in her books, articles, and at least one speech before a Ku Klux Klan rally, as she recounts in her memoir. Maafa 21 interviews Elaine Riddick, who was raped at age 13 and became pregnant. As she lay in the hospital waiting to deliver the baby, welfare officials from the state of North Carolina warned her illiterate grandparents that if they didn’t sign the consent form to have her irreversibly sterilized, the state would cut off their welfare benefits. They scrawled an “X” on the government form, and Elaine was sterilized without her knowledge. She only learned what had been done to her five years later, when welfare officials explained that she was too “feeble-minded” to care for a child “or even tie my own shoes,” as she recounts. Elaine was sterilized in 1968. The last such “eugenic” forced sterilization in the U.S. took place in 1983.

While Elaine never went to high school, she went on and finished college, and the one child which the United States government had permitted her to have — Tony Riddick, a child of rape — now runs his own successful company. Harry Laughlin, the eugenicist who helped pass the law that sterilized Elaine, died without any children.