The Scientific Evidence for God is Growing, Not Shrinking

The atheism that masquerades as science misrepresents the history of science.

What was an atheist doing on Pope Francis’s advisory committee for his environmental encyclical, a scientist who advocates the crackpot Gaia hypothesis and the reduction of the human population by some six billion people?

Why is conservative Supreme Court Justice Antonin Scalia deemed “unfit to serve” due to his “real loyalty … to religion and a phony man in the sky”? A Constitutional originalist, he’s derided as a religious fanatic simply for allowing his reasonable belief in higher morality, natural law and human sinfulness to guide him in the same way those beliefs guided the American Founders.

And why is it now considered gauche in many circles to blame a criminal’s evil action on his free decision to do something wicked?

Much of the answer is found in an idea called scientism, a dogma masquerading as science. If a man murders another man, or pens a beautiful poem, or takes a bullet for a stranger, scientism insists the academic researcher explain such things in purely material terms — genetics or environmental conditioning, for example — and never by invoking something spiritual such as the free choice to do good or evil.

Scientism is so pervasive these days that it can seem unassailable, but it’s actually quite vulnerable, since it rests on a grand historical narrative that collapses under scrutiny. Collapse that grand narrative and you collapse a cherished bulwark for atheism.

The Historical Sciences: The Clue’s the Thing

The historical sciences reason by looking for causes active in the present and with the demonstrated ability to leave behind whatever mysterious clue is under investigation. The influential nineteenth-century geologist Charles Lyell summarized the principle in the title of his most famous book: Principles of Geology: Being an Attempt to Explain the Former Changes of the Earth’s Surface, by Reference to Causes Now in Operation. 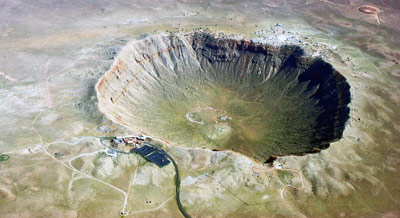 Historical scientists proceed like a detective at a crime scene. They begin by identifying one or more causes “now in operation” that seem capable of producing the mystery under investigation. Then they accumulate additional clues in order to narrow the field of viable explanations. If all goes well, patient study will narrow the options until only one viable cause is left standing. So, for instance, careful study of a large Arizona crater and various natural processes convinced geologists that an ancient meteor left the crater. Other explanations were ruled out while the crater explanation grew stronger and stronger the longer they studied the scene. A meteor, as it turned out, was the only type of cause with the demonstrated ability to cause the mystery in question. This mode of reasoning, common to the historical sciences, has been described by philosophers of science as inference to the best explanation (IBE).

Now think of the sophisticated digital information found in DNA. Even a microscopic, single-celled organism is loaded with this data. How did all this information first arise? A broad and intensive exploration over many decades has uncovered only one type of cause active in the present with the demonstrated ability to generate new information: mind. That is, creative intelligence.

Human agents do this all the time when they create things like books or software programs. As for physical forces, we only observe them generating random or repetitive patterns, never loads of new functional information. The mode of reasoning common across a host of historical sciences thus would seem to point rather strongly toward intelligent design as the best explanation for the origin of biological information in the distant past. (To be precise, that reasoning by itself doesn’t tell us who the designer of life was, although theists like myself see almighty God as a pretty reasonable candidate for the job.)

Of course, the design argument described above is controversial, but not every part of it. In a public debate at Biola University in California, an old Discovery Institute colleague of mine, philosopher of science Stephen Meyer, laid out that argument, and biologist and intelligent design skeptic Steve Matheson actually agreed with him — up to a point. “You said that we reason backwards from what we know works, which is that intelligence makes codes,” Matheson said. “I’ll agree with that. … We reason back and say, therefore, this is the one explanation we know that can do this. I buy that. I get it.”

But then Matheson demurred: “Everywhere I look, and every time I look, if I wait long enough, there is a natural and even materialistic explanation to things.” This strong historical trend, he insisted, decisively counsels against swallowing Meyer’s intelligent design explanation. 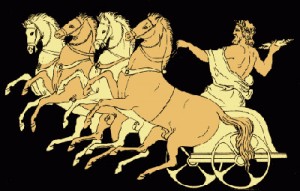 In common parlance this grand narrative runs like this: Humans used to attribute practically every mysterious force in nature to the doings of the gods — lightning bolts, plagues, you name it. They stuffed a god into any and every gap in their knowledge of the natural world, shrugged, and moved on. Since then, the number of gaps has been shrinking without pause, filled with purely material explanations for everything from lightning bolts to romantic attraction. And all the movement is away from God and toward purely material explanations. The lesson of the grand narrative: Always hold out for the purely material explanation, even when the evidence points strongly in the other direction. Philosophical materialism, in other words, is our manifest destiny. Expect it to colonize everything in the cosmos.

It’s a grand tale, to be sure. It’s just not the case.

Defenders of the grand narrative will point to this or that instance of someone mistakenly attributing some purely material phenomenon to divine action, and then these defenders will act as if the example all but cinches scientism’s grand narrative. But their grand narrative holds that all the action is in their direction —  design explanations collapsing in the face of new, purely material explanations and never the other way around. But things have gone the other way round, and in at least two cases, spectacularly so.

In the 19th century, conventional scientific wisdom held that the universe was eternal. Given this view, there was no mystery about its origin since it hadn’t originated: it had simply always existed. But later developments in physics and astronomy overturned the notion of an eternal cosmos. Scientists are now in broad agreement that our universe had a beginning. This means that what many had thought never happened and so required no explanation — the origin of the universe — suddenly cried out for an explanation.

Around the time scientific community was realizing this, there was also a growing awareness of what is now widely known in cosmology as the fine-tuning problem. This is the curious fact that the various laws and constants of physics and chemistry appear finely calibrated to allow for life in the universe. If these laws and constants weren’t just so, you couldn’t get atoms more complicated than hydrogen and helium, couldn’t get star formation and planet formation, couldn’t get life-essential carbon or water. The list of things needed for life, and that you cannot get without a finely tuned universe, just keeps growing.

How finely tuned is it? The laws and constants of nature are fine-tuned so precisely that even committed materialists have abandoned blunt appeals to chance. To explain away this curious feature of our universe, the disciples of scientism have resorted to saying there must be countless universes, and ours is just one of the lucky ones with a configuration to allow for life to eventually appear. They don’t mean countless other galaxies. They mean countless other universes — each with its own particular sets of laws and constants – universes that, by definition, cannot be observed from our universe.

They’re committing the gambler’s fallacy here. A gambler is standing beside a crime boss at a roulette table, watching the guy winning one round of roulette after another–dozens of wins one right after the other. But the observer ignores the obvious explanation —a rigged game — and instead exclaims, “Wow, imagine just how many roulette games must be going on right now all around the world to make this extraordinary run of luck here in this casino possible!”

Not every physicist has played along with the multiple-unseen-universe dodge. Several leading physicists, including some Nobel laureates, have assessed the growing body of evidence for the origin of the universe and fine-tuning and pointed to intelligent design as the most reasonable explanation. Physicist and Nobel laureate Charles Townes put it this way:

Intelligent design, as one sees it from a scientific point of view, seems to be quite real. This is a very special universe: it’s remarkable that it came out just this way. If the laws of physics weren’t just the way they are, we couldn’t be here at all. The sun couldn’t be there, the laws of gravity and nuclear laws and magnetic theory, quantum mechanics, and so on have to be just the way they are for us to be here.

Astronomy leads us to a unique event, a universe which was created out of nothing, one with the very delicate balance needed to provide exactly the conditions required to permit life, and one which has an underlying (one might say ‘supernatural’) plan. Thus, the observations of modern science seem to lead to the same conclusions as centuries-old intuition.

So the disciples of scientism had a material explanation for the universe that they thought was rock solid. Now that explanation has collapsed, and we have the discovery of fine tuning pointing toward intelligent design strongly enough that it has convinced several Nobel laureates in physics. This is just one of the spectacular counterexamples to scientism’s grand progress narrative. The evidence for intelligent design is growing, not shrinking. Believers need not shrink back from the academy, from the sciences, or from the public square. We’re on the side of history and evidence — not to mention the Alpha and the Omega.

Jonathan Witt is managing editor of The Stream and author, with Benjamin Wiker, of A Meaningful World: How the Arts and Sciences Reveal the Genius of Nature (IVP).