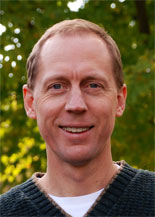 Jonathan Witt < Back to Voices

Jonathan Witt, Ph.D. is a Senior Contributor to The Stream and a senior fellow with Discovery Institute’s Center for Science and Culture. Witt is the author, with Jay Richards, of The Hobbit Party: The Vision of Freedom that Tolkien Got and the West Forgot (Ignatius 2014). An evangelical, Witt co-authored another book with a Catholic friend, Benjamin Wiker: A Meaningful World: How the Arts and Sciences Reveal the Genius of Nature (IVP 2006).

Witt was an English professor at Lubbock Christian University in Texas before a midlife crisis plunged him into the think tank world, first as a senior fellow at the Seattle-based Discovery Institute’s Center for Science & Culture, and then as a research fellow at the Acton Institute in Grand Rapids, Michigan. He also served for a time as managing editor of The Stream.

The Journey of the Nauts (A Short Story for Epiphany)

Editor’s Note: This piece is outside the norm for The Stream. First, it’s long. So grab a cup of mulled cider and a slice of King Cake before diving in. Second, it takes us into some deep sci-fi territory. We…

A March for Science? More a March for Meek Conformity

Is the Human Form Riddled With Bad Design? No, But This Darwinist Argument Is.

How Can Rubio and Cruz Stop Trump? Flip a Coin