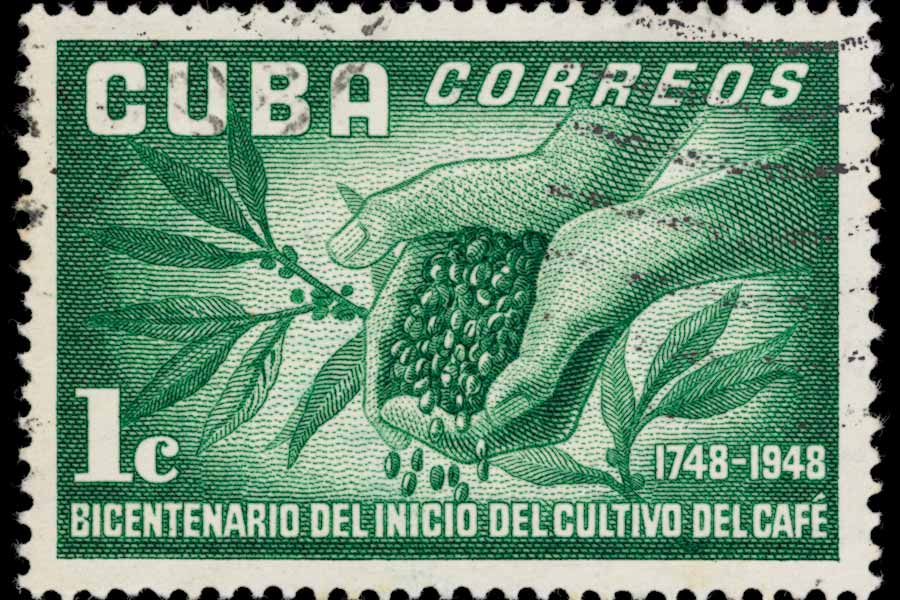 What else can we do, but show off some Cuban coffee beans with today’s Brew?

And offer our prayers for those seeking freedom in Cuba.

Guess Who’s to Blame for Cuba Being a Mess? You Guessed It, Trump

For 62 years, Cuba has been under the brutal thumb of a communist dictatorship. An economic system that guarantees ruin. Throw in massive corruption. But who’s to blame for Cuba being a mess? The generations of troubles that launched Cubans into the streets Sunday?

Nobody told the protesters, since they’re waving American flags and calling for freedom and liberty. But yeah, blame Orange Man Bad because he put sanctions back on that imprisoned state. At least that’s the story according to Cuba’s president, Obama lackey Ben Rhodes and the folks at CBS News. And of course, CNN.

White House press secretary Jen Psaki was hammered Monday for blaming “economic mismanagement,” rather than communism or socialism for Cuba’s woes and Sunday’s “spontaneous demonstrations.” Psaki did throw in “repression” as a reason for unrest. So we can’t be toooo critical.

On the other hand, here’s Psaki during her days in the Obama Administration cheerfully sporting the hammer-and-sickle. It was a gift, her defenders were quick to say. So what? Unless her ears were in danger of frostbite.

Trump released a statement on the situation in Cuba. “I stand with the Cuban people 100% in their fight for freedom,” he said in part.  “The Government must let them speak and be free! Joe Biden MUST stand up to the Communist regime or history will remember. The Cuban people deserve freedom and human rights. THEY ARE NOT AFRAID!”

FBI Asking Citizens to Rat on Family and Friends

Quick quiz: How do you spell FBI? Answer: KGB. (Or at least it’s getting to look that way.)

Remember how bad it was when friends would defriend you on Facebook and family members would make holiday meals a misery over your political beliefs? Thanks to the FBI, things could be getting worse.

In a move the Ghost of Fidel Castro couldn’t applaud more, the FBI over the weekend urged Americans to rat out their own family and friends.

Family members and peers are often best positioned to witness signs of mobilization to violence. Help prevent homegrown violent extremism. Visit https://t.co/bql36iSbig to learn how to spot suspicious behaviors and report them to the #FBI. #NatSec pic.twitter.com/ZwJp5h5bWD

Remember what the Biden FBI now considers “extremism.” No, not ANTIFA, or BLM. They don’t even seem to care much about jihadists.  “Extremists” are now people who fly the flag, believe in our Founding principles and openly declare the November election was stolen.

The November 2020 election, that is. You are still free to gripe about the November 2016 election without worry the FBI will burst down your door at 5 am.

Meanwhile, I’ve done up a rundown of the latest in the fight for election integrity, with updates from six states. “The Latest on the Push and Pull in Fight to Determine the Truth About November 3.”

Oh, Newsflash to those Democratic legislatures who have high-tailed it out of Texas to deny GOP lawmakers a quorum. Real Texans don’t run.

Wait! The LEGOS Kit for the US Capitol Was Still in the Box?! DOJ Makes Correction.

Speaking of insurrectionists, last week we told you about the January 6 suspect who the DOJ said had a fully-constructed LEGO model of the U.S. Capitol in his house. The implication being he was using it to help plan this “insurrection” on January 6. Turns out the DOJ was wrong. The model had not been constructed. The DOJ now says the LEGOS were still in the box.

Amazingly, but not surprisingly, a Google search still (as of late Monday afternoon) features only the original MSM stories.

Call ‘em the Washington Wokes. The “Washington Football Team” announced Monday that the new name for the team will have no connection to Native Americans. Team president Jason Wright said in a statement the consensus after talking with “many communities” was to move the team identity and imagery in an entirely new direction.

“Warriors,” which was a favorite option of fans, has officially been eliminated. Said Wright, “Such an embrace of potentially Native-adjacent iconography and imagery would not represent a clear departure that many communities have so forcefully advocated for us to embrace.”

(Who talks like that in football?) Wright says the new name, set to be announced early in 2022, will not be offensive to anybody. How naive.

However, there is some good news: The Washington Whatevers will be keeping the traditional burgundy and gold.

Then again: You know how many indigenous peoples have suffered at the hands of imperialists searching for gold? While Burgundy is a region of France. And of course, anything that reeks of Western Europe is, by definition, racist.

Have you caught up on your Z’s? Yesterday we had John Zmirak’s “White Fear, Part I.”

And just up this morning, he’s back with “Cuban Protests for Freedom Caused by ‘Climate Change.’ A Villanelle from Hell.” Yes, he has written a poem for you!  (According to poets.org, “The villanelle is a highly structured poem made up of five tercets followed by a quatrain, with two repeating rhymes and two refrains.)